The 81-year-old Fielding, who has worked in Republican administrations dating back to Richard Nixon, served as White House counsel to Presidents Ronald Reagan and George W. Bush. He also advised former President Donald Trump’s transition team, working on an effort to separate the then president-elect from his various businesses.

“Fred is one of the most respected lawyers in the nation and has exceptional experience as a litigator and counselor,” Cipollone said in a statement Wednesday. His addition “will further cement our firm’s reputation as one of the country’s leading national litigation firms.”

Fielding is the latest Trump legal adviser to join the firm, Ellis George Cipollone. The California-founded firm rebranded in October when Cipollone and a pair of Trump administration alum launched its D.C. office.

Fielding retired from his role as a partner at Morgan, Lewis & Bockius in 2019, according to Morgan Lewis spokesperson. The massive law firm said it would cut ties to Trump in the weeks following the Jan. 6, 2021 riot at the U.S. Capitol. The move, and similar efforts by large firms to distance themselves from the former president’s orbit, has created an opportunity for smaller outfits to pick up the business.

Fielding, through a firm spokeswoman, didn’t immediately respond to a request for comment on Morgan Lewis’ decision to ditch Trump as a client. Lawyers Sherri Dillon and William Nelson, who also advised Trump, remain at Morgan Lewis. 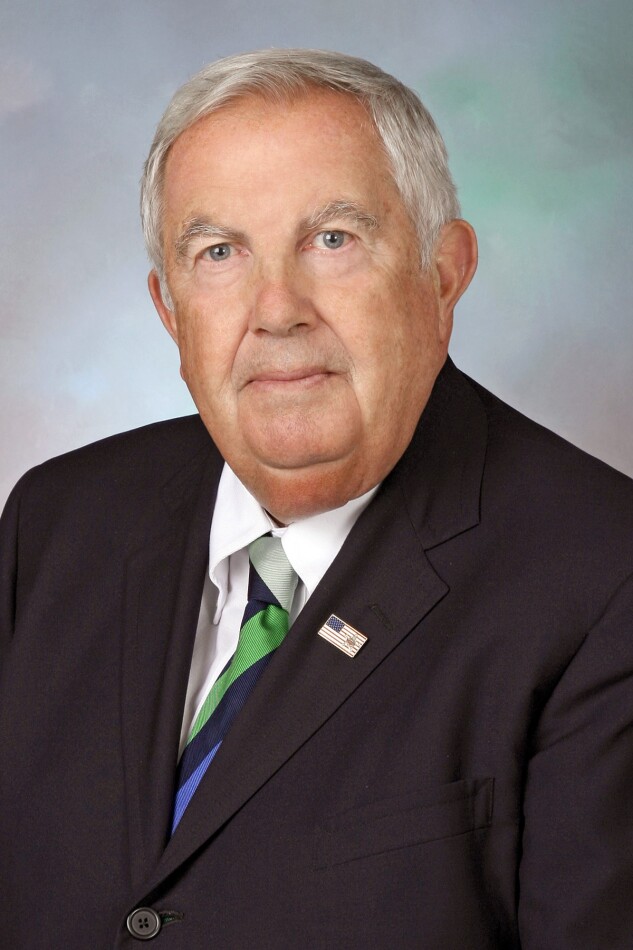 Fielding’s early government experience included a stint as deputy White House counsel in the Nixon administration. He worked under White House Counsel John Dean during the Watergate scandal and was reportedly believed by some in the administration to be “deep throat,” the official who leaked information exposing the scandal to the Washington Post. Former Federal Bureau of Investigations official Mark Felt later outed himself as the leaker.

Fielding was also a member of the 9/11 Commission, a bipartisan group convened to evaluate the federal government’s preparedness for, and response to, the Sept. 11, 2001 attacks.

The firm’s D.C. office includes Pat Philbin and Kate Todd, who worked for Cipollone in the White House counsel’s office. Richard Klingler, a former Sidley Austin partner who worked in the George W. Bush administration, and former Mexico ambassador Chris Landau are also based in the office.

Cipollone defended Trump in the 2020 Senate impeachment trial and helped shepherd Justice Amy Coney Barrett’s Supreme Court nomination through the confirmation process. He and Philbin were said to have resisted Trump’s efforts to overturn the 2020 election, according to a Senate Judiciary Committee report.

(Updated with information on Fielding's retirement from Morgan Lewis.)

To contact the editor responsible for this story: John Hughes at jhughes@bloombergindustry.com