Libertarian Ilya Shapiro and his ilk are suggesting that Black women are not Supreme Court material and that Asian Americans are losing out. Will this ploy work?

It’s hilarious that some folks are having a fit over President Joe Biden’s plan to put a Black woman on the Supreme Court to fill the seat of retiring Justice Stephen Breyer. You’d think it was the most outlandish and horrific presidential proclamation in recent history.

I’ve lost track but it seems the whining has reached a crescendo. Sen. Ted Cruz of Texas recently called Biden’s pledge “offensive” and “an insult to Black women” on his podcast. (Query: What’s more amazing—that Cruz speaks for Black women or that there’s an audience for his podcast?) He added that Biden was essentially dissing White America, “if you’re a White guy, tough luck. If you’re a White woman, tough luck. You don’t qualify.”

Sen. Roger Wicker of Mississippi also chimed in, calling Biden’s as yet unnamed nominee, ”the beneficiary of this sort of quota.” And ex-presidential candidate Tulsi Gabbard (remember her?) tweeted: “Biden chose Harris as his VP because of the color of her skin and sex—not qualification. She’s been a disaster. Now he promises to choose Supreme Court nominee on the same criteria.  Identity politics is destroying our country.”

For a woman who’s yet to be identified as a contender, she’s apparently already a bona fide catastrophe.

The Pied Piper of these rants is arguably libertarian Ilya Shapiro, former vice president of the Cato Institute, who started his attacks with a series of tweets on Jan. 26, right after Biden announced his plan to put a Black woman on the high court. “Objectively best pick for Biden is Sri Srinivasan,” tweeted Shapiro, alluding to the chief judge of the U.S. Court of Appeals for the D.C. Circuit. He added that Srinivasan “is solid prog & v smart. Even has identity politics benefit of being first Asian (Indian) American. But alas doesn’t fit into latest intersectionality hierarchy, so we’ll get lesser black woman.”

There’s a lot to unpack. And because of the outrage sparked by his tweets (since deleted), Shapiro has been put on administrative leave as the new executive director of Georgetown Law School’s Center for the Constitution.

Though he’s apologized for what he calls an “inartful tweet,” I thought his tweets (not just one, as he claimed) were actually quite “artful” in delivering his message that no Black woman could be up to the job.

Shapiro was adept at using the specter of the unqualified woman of color to stir fears that one of our most sacred institutions—the U.S. Supreme Court—would be jeopardized. Simply put, he used a racist trope—the radical affirmative action queen—to argue that a policy that advances a Black woman is inherently racist.

“Unless Shapiro has identified every potential Black woman nominee and can defend their inferiority to Judge Srinivasan, this is the worst sort of casual racism and sexism,” says Adrienne Davis, a professor at both the law and business schools of Washington University in St. Louis. “Or, as [African American feminist scholar] Moya Bailey would call it, misogynoir.” 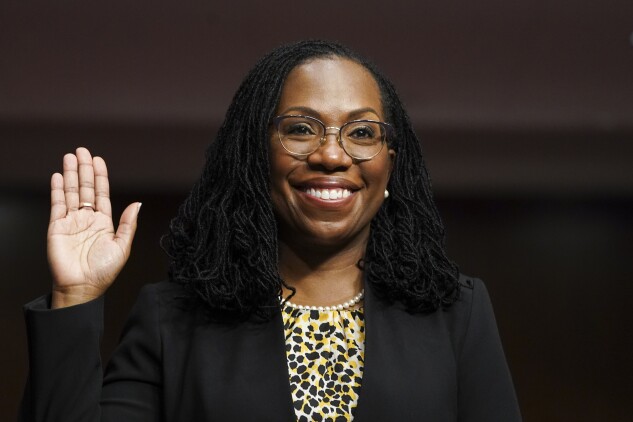 Indeed, the list of Black women who might be contenders for the Supreme Court is almost an embarrassment of riches, chock full of Harvard and Yale law school graduates and former Supreme Court clerks. The three top contenders, according to multiple press reports, are: Ketanji Brown Jackson, a judge on the U.S. Court of Appeals for the District of Columbia Circuit and former clerk to Justice Breyer; Leondra Kruger, a judge on the California Supreme Court and former clerk to Justice John Paul Stevens; and J. Michelle Childs, a judge of the United States District Court for the District of South Carolina.

Other names rumored for consideration include: Holly Thomas, a judge on the Ninth Circuit; Eunice Lee, of the Second Circuit and Sherrilyn Ifill, president of the NAACP Legal Defense Fund. And the list goes on.

So what century are Shapiro and his cohorts living in when they suggest that there’s no worthy Black woman to fill Breyer’s seat?

Also insidious is that Shapiro is stirring resentment between people of color. When he tweeted that Sri Srinivasan was the “best pick,” he signaled to Asian Americans to watch out because an unqualified Black or Brown American—in this situation, a Black woman—might snatch away a coveted seat that rightfully belongs to them.

By all accounts, Srinivasan is an outstanding jurist but why is he suddenly being trotted out by foes of Biden? Is diversity suddenly a passion of the right?

“Bringing Asian Americans in the picture can be done positively or negatively,” says Frank Wu, president of Queens College, City University of New York, and the former chancellor at University of California, Hastings Law School. “All too often, Asian Americans are introduced as spoilers, not in the spirit of civil rights and diversity, but instead to try to make Asian Americans an alternative to other people of color.” 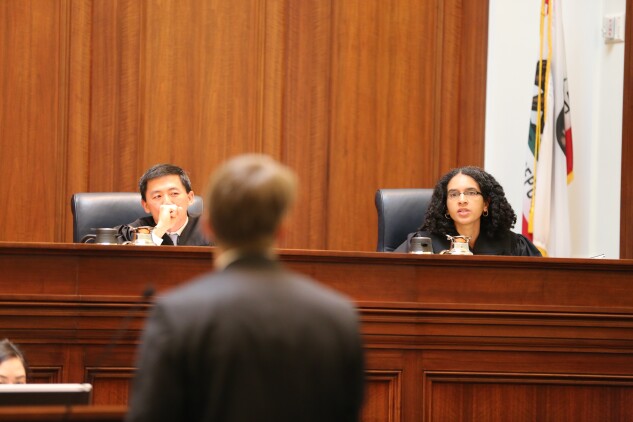 Gabriel Chin, a law professor at University of California at Davis, adds that this is a familiar play. “Critics of race-conscious policies try to pit people of color against each other, intentionally or unintentionally,” he says, citing the Harvard admissions litigation in which the plaintiff argued that Asian American applicants are harmed by affirmative action, as an example. Chin says he believes “breaking down historical patterns of discrimination benefits all groups. I do not think that if a Black woman ‘wins,’ the potential Asian or other candidates lose.”

Is Shapiro deliberately throwing fire at relations between people of color? I can’t read his mind. (I’ve attempted to reach out to Shapiro via Georgetown Law’s press office, but I haven’t heard back.) But let me say this: Raising the bogeyman (or bogeywoman) of affirmative action is a distraction from those who truly enjoy the rights and privileges of power. Let me put it this way: Of the 115 justices on the Supreme Court since 1789, 108—or 94%— of them have been White men, as CNN reports.

All this brings up what’s intrigued me for a long time: Why do we dissect the qualifications of minorities, particularly minority women, while White men seem to get an automatic pass?

I guess the answer should be apparent.