It’s beyond time for the legal industry to end discrimination against women attorneys—in terms of pay, opportunity, and promotion, says Ann Olivarius, chair and founding partner of McAllister Olivarius, a transatlantic law firm specializing in race and gender discrimination cases. She offers concrete steps law firms—and the mostly men in power—should take to remove the antiquated “No Girls Allowed” sign.

A recent study from Cambridge University made headlines for its finding that major US and UK museums devote only about 10% of their exhibits to women artists. But those galleries display more gender diversity than was present among Big Law partners when I started my career 30 years ago. It’s also a key reason why I started my own firm.

Even today, Big Law remains largely a boys’ club. There are, however, concrete steps the industry can take now to change this discrimination.

Consider these facts: In 2018, women comprised less than 20% of equity partners in the 200 largest US firms. Of the 20 “best” elite firms for gender equity, 18 have fewer than one-third female partners.

In 2019, women lawyers earned $324 less each week than their male colleagues, or 85 cents to each manly dollar. The same source shows that the typical explanations bandied about the boardroom—women don’t enter the pipeline or push for higher pay, and prefer to chase toddlers, not clients—are simply wrong and blame the victim.

I can back up these grim figures from my own research on the lives and careers of Rhodes Scholars, a side project I started some years ago to study the leadership gap in all professions. Women were first admitted to the Rhodes in 1977; I was elected the following year. Since then, in the legal profession, male scholars have made partner each decade at two and three times the rate of the women.

In the 1990s, for another data point, half as many of the men proportionally went into teaching law—yet they were promoted twice as often to senior roles. Among the 2000s cohort, the ratio of male-to-female scholars selected for judicial clerkships was three-to-one.

The situation is such that one 2016 study found that, other things being equal, female lawyers with masculine-sounding names have better career earnings than women with feminine names. 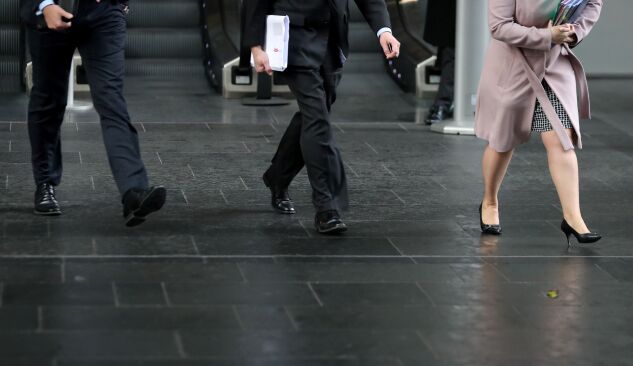 Clearly, women in law are not lagging on account of our supposedly innate feminine meekness or domesticity. Rather, as women at major firms have clearly stated, we are not given the same opportunities, compensation, or promotions. To take down this antiquated “no girls allowed” sign, the following is a sextet of simple solutions.

Firms should commit to renouncing the use of non-disclosure agreements and private arbitration for in-house sexual discrimination and harassment complaints—unless specifically requested by the complainant. If Microsoft can stop pushing women to settle privately, so can our own industry.

Set a Date for Equity

Starting in 2006, the National Association of Women Lawyers has regularly challenged firms to achieve 30% women as partners—all to no avail. Today, a large firm can proudly earn a “Gold Standard” from the Women in Law Empowerment Forum for having only 25% women partners, or 40% of new ones.

Let’s set a timetable: 30% by 2025, and 50% by end of the decade. And put that pledge, and its progress, on the firm homepage, next to the typical row of awards and accolades.

Male styles of management remain the standard. But women scholars have for decades advised on how to expand leadership to be more inclusive, thus, more effective and profitable. It’s time for managing partners to read these works. And, incidentally, they should update the décor and ethos to no longer resemble the cigar lounge.

In my firm, we have an open office plan, flat hierarchy decision-making, and display quotes from notable women such as Margaret Mead, Gloria Steinem, and Mary Wollstonecraft. An institution sends a powerful message when it prominently features women, which is why I helped spearhead the first female portrait ever to be displayed in Rhodes House at Oxford.

Long before Covid-19, female lawyers struggled to balance work and family—their male colleagues relied on their wives—and so asked for reduced hours and flexible working arrangements. But women need something else: fairness at home with the kids, cooking, and cleaning. Tell the guys in your firm to man up by acting more like a mother. Make flexible work work for them, too.

My last point is addressed to women: If you do experience discrimination, file a formal grievance and, if necessary, a lawsuit. Both are awful experiences, as I know from my own caseload of brave women and my own early workplace experiences. But we need to help each other, and airing the sexist dirty laundry is a painful, but necessary, step.

But still, the burden of achieving equity rests mainly on the shoulders of the men in power. It’s time for them to, as the Nike commercial says, “Just Do It.”

Ann Olivarius is chair and founding partner of McAllister Olivarius, a transatlantic law firm specializing in cases of race and gender discrimination. She specializes in cases of discrimination, sexual harassment and assault, and online abuse and has successfully represented clients against multinational corporations, universities, law firms, and medical bodies.