Welcome back to Vivia Chen: Unfiltered. I’m continuing my series on new female law firm leaders and Kalpana Srinivasan is in the spotlight. Today’s question: If a highly lucrative Texas-based firm can put a woman of color into leadership and beat industry norms for diversity, what’s wrong with the rest of Big Law?

I always thought of Susman Godfrey as a swaggering, take-no-prisoner type of litigation firm that’s distinctly Texan. You know what I mean—it’s where partners take big risks, swig whiskey, make money like bandits, and strut around the office in cowboy boots. You can imagine the Marlboro Man or John Wayne leading the charge. And indeed, the firm’s late founder, Stephen Susman was a big personality who commanded every room he entered like he owned the place (because maybe he did).

Last August, the Houston-based firm threw me for a loop, installing a South Asian woman—Kalpana Srinivasan—as co-managing partner. I told Neal Manne, her co-managing partner, that I was a bit stunned. “We’re full of surprises” he replied. “Before Steve’s death, we had two White males leading the firm, but that wasn’t our whole story.” In selecting a new leader, the firm was seeking “someone who’s wise, fair and engaged,” he says. “Gender and ethnicity are irrelevant, though Kalpana checks all the boxes.” 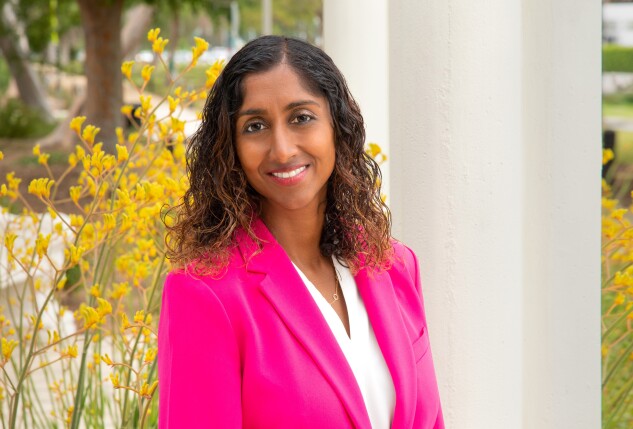 Another surprise: This hard-charging, wildly profitable litigation boutique (though it plays coy about its financials, the firm regularly doles out bonuses that make Cravath look miserly) currently beats the industry average on women and diversity. Susman has 25% female and 13% diverse equity partners, while the national equity partner rate is 21% for women and 8% for lawyers of color, according to NALP. (This year, the 140-lawyer firm elected its first Black female partner.) I’m not saying Susman merits a diversity badge but I’ll give this firm credit for surpassing the norm.

So here’s the question I’m putting on the table: If a highly lucrative, selective (Susman only hires associates who’ve clerked for a federal judge) firm can put the daughter of Indian immigrants in charge and beat heftier firms on diversity measures, what’s wrong with the rest of Big Law? How is it possible that a little ole firm based in Texas is whipping a bunch of “liberal elite” firms on the gender and diversity stuff?

Srinivasan, who’s based in Los Angeles (she lives there with her Irish husband and six-year old son), says the structure of Susman helps female and underrepresented lawyers shine in ways that are not possible at most major firms. “My strong view is that we have a good environment for women and diverse lawyers. Our business model is that it never makes sense to send out our highest billers so we let younger lawyers go out there. This structure has huge implications for visibility,” which, she explains, is what will put young lawyers on the map. She adds, ”when I go to court and I don’t see women or diverse lawyers on the other side, I find it mind boggling. We’re not falsely hierarchical here.”

A former journalist who graduated from Stanford Law School, Srinivasan probably had her pick of firms. Though she had summered at Williams & Connolly, she chose Susman because, she says, of its transparent culture (associates vote on new hires and new cases) and all-equity partnership structure. “I’m a big believer that female lawyers and lawyers of color need to have transparency and control.” The all equity system, she explains, means that “the process isn’t quite so mysterious ” and that under-represented groups are “not so dependent on subjective standards.” She adds, “to me it was harrowing to be at a place where you have to develop certain relationships with certain partners to be considered at all.”

Srinivasan’s career has been on the super fast track at Susman. After clerking for Justice Raymond Fisher in the Ninth Circuit, she joined the firm and made partner in—get this—four years. That means she was sitting pretty in her partner chair while her classmates from law school were still slogging it out in the Darwinian quagmire of Big Law.

But Susman’s business model might not be for everybody. The firm operates almost exclusively on a contingency basis, not the traditional billable hour system that Big Law finds so reassuring. But Srinivsan must have a strong stomach for high-stakes gambling. Contrary to the stereotype that women are risk adverse, she thrives on risks and has become an evangelist for the contingency model: “My job is to spread the word to companies that we want to share the risk. I spend a lot of time looking at cases and deciding what to take. We’ve gotten very comfortable at measuring investments and how much risk to take. We embrace risks.”

Those words could have come out of Susman himself, who changed the way we view contingency cases, imbuing them with respectability and sexiness. But this time they’re coming out of the mouth of an Asian woman, and that carries a different kind of weight.

Both Manne and Srinivasan admit her elevation to leadership is a big deal. “I’ve heard from so many people after my election—women, law students, even people in India,” says Srinivasan. Adds Manne: “On a micro level, Kalpana was the best person for job; on a macro level, it’s a window into the future for recruits and clients.”

Her election also sends a powerful message to associates within the firm: “I feel young lawyers look at me and see a path. I grew up at the firm.” She also adds, “It says there’s no expectation of what a managing partner looks like. It’s more about the well-being of the firm.”

Move over Marlboro Man. There is a new sheriff in town, and, yes, Srinivasan has a pair of fancy cowboy boots.

To contact the editor responsible for this story: at lhelem@bloombergindustry.com

Vivia Chen
Columnist
Gibson Dunn’s New Chair Barbara Becker Dishes on Having It All
Norton Rose’s Chair Wants to Fix Diversity. Should This Be Her Job?
© 2021 The Bureau of National Affairs, Inc.
All Rights Reserved