Adam Mycyk was asleep in his home in Kyiv, Ukraine in late February 2022 when the blare of missile strikes shook him awake.

His mind raced. Where’s the nearest bomb shelter? What if the electric grid is hit?

The Dentons partner then spent the first day of Russia’s invasion scrambling to organize coverage for companies he advises.

“I was in the middle of two deals at that point—maybe three—that were mostly Ukraine-related, but cross-border in nature,” said Mycyk, 56, a mergers and acquisitions lawyer, in an interview. “These things still had to move forward.” 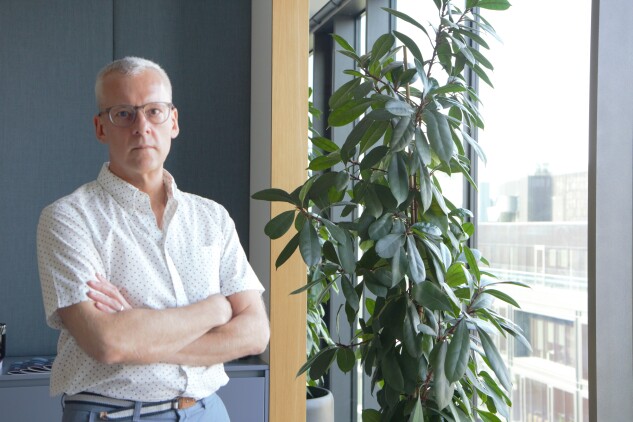 The Russian invasion has upended the lives of lawyers in Ukraine, forcing them to confront safety, psychological and logistical challenges as they work from a country under siege. Nearly a year after the siege began, the lawyers who fled are carrying on as refugees in foreign countries, wondering when they’ll be able to return.

For those who remain in Ukraine, any sense of normalcy is interrupted by hours of air raid sirens day and night.

“You could have a court hearing, and then the sirens would go off and the court had to adjourn the hearing,” said Roman Hryshyn-Hryshchuk, a CMS Legal Services litigation associate. “Sometimes you had to conduct them while literally hiding in the shelter.”

Hryshyn-Hryshchuk has been in the small, western town of Vyzhnytsia since February, when he left Kyiv to stay with his parents. He is banned from leaving the country and said he’s hesitant to travel between regions as suspicions about runaways or saboteurs escalate among authorities and defense volunteers. 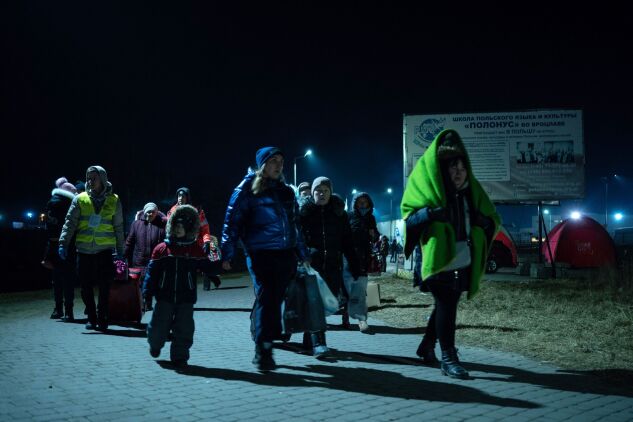 Ario Dehghani, who leads Baker McKenzie’s compliance and investigations group in Kyiv, said he didn’t sleep more than two hours a night during the first three weeks of the invasion.

He had just moved into a house in Hatne, a small town about 10 miles south of the capital. He was determined to stay with his wife and two young children. So as Russia ramped up attempts to encircle Kyiv, he and two friends stayed up in shifts to watch for troops.

“We knew they wanted to come to our small village, and we could hear them,” Dehghani said. “And if you walked to the end of the village, you could even see it.” 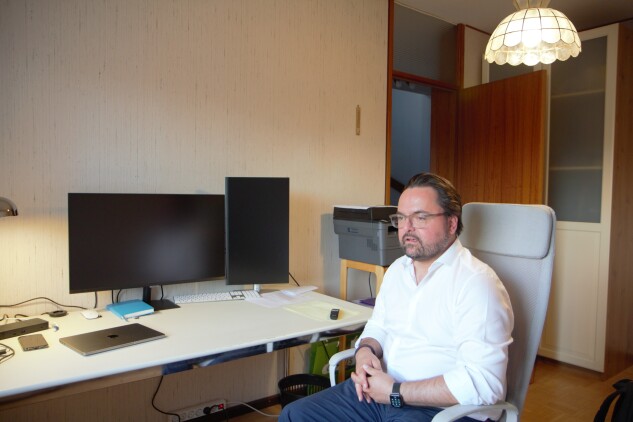 Ario Dehghani at his home office in Speyer, Germany, where he works remotely for Baker McKenzie.
Photo: Gina Heeb

“The worst case scenario was they come to our village, shoot the men and rape the women with us,” he said. “And the two small kids, which were ours, they probably would survive. Or I don’t know what would happen to them.”

Dehghani decided to leave Ukraine for his native country of Germany in early March, shortly after Russian strikes poured down on residential streets in Hatne.

But thoughts of the war stayed with him even after he and his family reached Speyer, making it difficult for him to concentrate on work.

“I was so surprised about myself as a counsel who is managing people and kicking their butts to be thorough, to be accurate, to not do typos, mistakes or anything,” he said. “And all of the sudden, I have common mistakes and typos. Then I realized, okay, this is based on the war.”

A handful of the largest international law firms have built presences in Kyiv over the past three decades to seize on post-Soviet privatization efforts. The firms swiftly evacuated staff to other regions of Ukraine or neighboring countries after the invasion.

Working at a major law firm is often an intense experience, with grueling hours and high stakes that routinely lead to burnout, mental health issues, and substance abuse.

For lawyers in Ukraine, those risks multiplied. Even those who fled the country said they’re still reeling from the trauma, stress, and isolation as the fighting continues.

Lawyers who decided to stay in the country have done so because of the travel ban for most men between the ages of 18 and 60 under martial law, family obligations or personal reasons.

There’s no end to the fighting in sight.

Mycyk sat hunched over a laptop in the backseat of a car as it weaved through snowy backroads and security checkpoints. Dentons had sent a security team to take attorneys to the western part of the country the day after the invasion began.

Mycyk, a Ukrainian-American, had moved to Kyiv from Washington in 1994. He worked for CMS and other firms before joining Dentons in 2014.

He found little refuge when he got to Lviv, where he stayed in the home of a former Dentons partner with a half dozen others.

Many initially flocked to the Lviv region because it had been spared from Russian airstrikes in the first weeks of the invasion. But bombs soon rained down on the city, with one hitting so close to the home where Mycyk was staying that plumes of smoke grazed the windows.

“I was thinking that maybe next time we won’t be so lucky,” he said. “I’ve never been so scared in my entire life.”

He has not returned to Kyiv, though for personal reasons he doesn’t want to disclose his location.

Companies have hit the brakes on business in Ukraine as the war adds to concerns about high inflation and interest rate hikes. Global deal activity was down by roughly a third in 2022, compared to the previous year, according to data compiled by Bloomberg.

“The longer the war will continue, the less work there will be on the market,” said Anna Pogrebna, a partner and head of banking and international finance at CMS in Kyiv. “I hope this will not happen, but if the war continues for–let’s say for years–at some point, of course the firms will have to start dismissing people and letting them go.”

Pogrebna has the option to leave Ukraine but plans to stay so that she can help support her parents, who are in their late 70’s. Although she is still in Kyiv, she said her work became largely remote after many of her colleagues evacuated.

“It is a life that is more lonely than it used to be before the war,” she said.

Dehghani, from his post in Germany, said he plans to return to Kyiv this summer after his children finish the school year. In the meantime, most of his caseload has shifted away from Ukrainian clients to those based in Germany.

“The business connected to Ukraine is pretty much on hold,” Dehghani said. Companies will be reluctant to “invest in a big style like before,” he predicted.

“This is an issue at the moment,” Dehghani said. “What can we do? The main requirement is that you don’t have 50 bombs flying on Kyiv.”

To contact the reporter on this story: in Washington at gheeb@bloombergindustry.com