The boots-on-the-ground culture might have worked spectacularly for the legal chieftain of Morgan Stanley. But that doesn’t mean it’s been so great for women.

Poor Eric Grossman. It must be awfully hard for a humble lawyer to be suddenly catapulted to world fame. One minute he was simply the hardworking chief legal officer of Morgan Stanley, then overnight he was anointed the dinosaur of Wall Street.

As first reported by Bloomberg Law, Grossman recently issued an edict of sorts that law firms stop the remote work nonsense and return full time to the office—tout de suite! If firms fail to do so, he intimated that they might lose the mighty bank as a client. In a July 15 email memo to outside counsel he writes: “We choose to hire you all because of the quality of your lawyers and the product they deliver. I strongly believe that firms that return to the office will have a significant performance advantage over those that do not.”

But Grossman wasn’t just speaking as a client. He’s on a bigger mission: To save the soul of Big Law. Concerned by “the lack of urgency to return lawyers to the office” in the aftermath of the pandemic, he’s worried that the profession has lost its way. He writes in that memo: “Our profession was founded on an apprenticeship model, and this model has been critical to the development of young lawyers. Individual lawyers learn and perform best, and collectively deliver the best results, when they are together—actually together.” He adds: “Our profession cannot long endure a remote work model.”

Call it the Sermon on the Mount 2.0—the mount being Morgan Stanley, to be precise. Since Grossman’s impassioned words leaked, there’s been rampant speculation whether law firms will dutifully abide by the wishes of a big deal client. The conventional wisdom is that the client must always be obeyed because, well, that’s what law firms typically do. But are law firm leaders really taking this nostalgia for facetime seriously?

First of all, you’ve got to chuckle that a client—albeit a big, important one—feels he’s entitled to meddle in something as mundane as outside counsels’ attendance policies. It’s like having an annoying in-law tell you how to do the laundry. Why should any of it matter so long as the clothes come out clean?

Then there’s the practical matter: How will Morgan Stanley monitor whether lawyers are actually in the office? Will lawyers be fitted with ankle monitors? Or will there be designated attendance checkers stationed on every floor?

If this strikes you as silly, that’s exactly the point. There’s something very quaint, anachronistic, and out of touch about the way Grossman romanticizes traditional (male) office culture, the “apprenticeship” model, and the idea that superior work products are always produced on the factory floor. 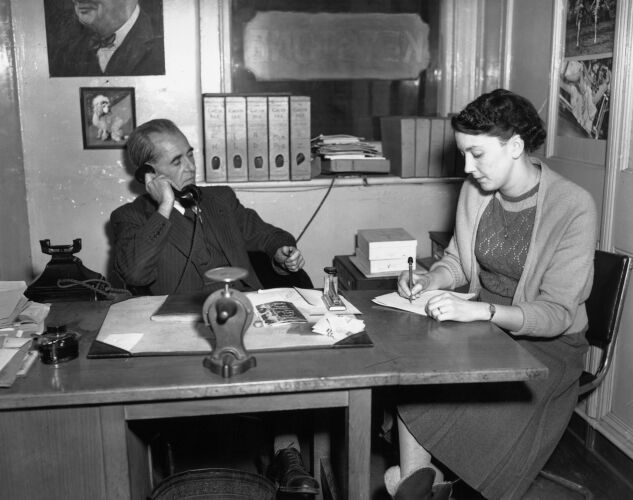 “Investment banks want people back in the office,” says Columbia Business School professor Adam Galinksy, an expert on remote work and leadership. “I-bank leaders and managers like control, and if they don’t see employees there, they feel like they don’t have it.” He adds, “it’s not a productivity issue, because it’s clear that people are productive working remotely.”

What Grossman doesn’t seem to get is how his vision of the ideal law firm environment is out of sync with a large segment of the workforce—namely, women who’ve fought long and hard for workplace flexibility. And just when flexibility was gaining wide acceptance and losing the stigma of being a “woman’s issue”—because men also became converts to remote work during the pandemic—Grossman wants to return to the old order.

Morgan Stanley declined to comment for this column, though a source there says that Grossman’s words have been misinterpreted: “Eric’s email was focused on professional development for the most junior lawyers at these large firms—both male and female—who he worries are going to be shortchanged by not having the opportunity to work closely with more senior lawyers, attend negotiations, etc.”

So what will firms do? Though law firm leaders are largely dodging the question and treating Grossman as gingerly as Kim Jong Un, a few of them—who happen to be women—were willing to speak to me on the record. Their position: You can’t turn back the clock.

Asked whether Gibson Dunn & Crutcher will change its liberal remote work policy in light of Grossman’s memo, the firm’s chair Barbara Becker said Wednesday: “We have no plans to modify our Return to Office approach.” Though she says that “we very much respect and value the perspectives of our clients,” she adds, “we also recognize and trust the ability of our attorneys to be responsive to both work demands and essential personal priorities, and believe that building in this flexibility enables our talent to embrace a sustainable career at a law firm while also living full and vibrant lives.”

Jill Louis, managing partner of Perkins Coie’s Dallas office, also confirms that flexible remote work arrangements will continue after the firm officially reopens its offices in October. She suggests that it’s up to the legal profession to adjust to the new environment. She says “the move to remote work is clearly an evolution in workplace management,” adding that “the professional services environment in particular needs to do some deeper thinking on what remote management entails.”

All of this leads me to wonder: Doesn’t Grossman realize that the traditional boots-on-the-ground model wasn’t so great for everyone? While that “apprenticeship” system might have served him well (before Morgan Stanley, he was a partner at Davis Polk & Wardwell), plenty of women and minorities will tell you it’s not all it’s cracked up to be. Many will tell you they don’t get apprenticed at all.

Also: Didn’t he get the memo that the train on remote work has already left the station? And aren’t there more urgent issues facing Big Law besides marching back to the office in full force?

“He could have used his platform to do something that [would] really make a difference, like promoting diversity or doing away with the billable hour,” says a third-year associate at a big firm in New York. “Instead, he makes a big deal about how we should be chained to our desk. Doesn’t he realize what we’ve been through this year?”