After more than two decades as Paul Hastings chairman, Seth Zachary said he sees a future in the public sector working on tax policy and voting rights.

Tax policy “can help bridge long-term income inequality and, at the same time, foster growth in our economy,” Zachary said in an interview. Strengthening voting rights can restore confidence in the election process, procedurally and legally, he said.

“It’s just so critical to the future of our democracy that we believe again, wholeheartedly, in the vitality of that process,” Zachary said.

Paul Hastings announced last week that Zachary, first elected firm chairman in 2000, will step down in a year. He’ll stay with the firm until 2024 as a partner before leaving for new opportunities unrelated to Big Law.

“I have lots of opportunities to contribute to thought leadership and tangible social issues that relate to taxation and fiscal planning at the state, local, and national level,” he said. “I’ll have time to take those opportunities and hopefully give back something to the profession that involves the public good.”

Zachary, who is based in the firm’s New York office, said he felt the time was right to step down given his stage in life and other interests. “The next generation of leadership is going to add so much to the dynamism of the firm,” he said.

Zachary first joined Paul Hastings in 1987. He specialized in the tax law practice, representing corporations and investment banks in the U.S. and elsewhere. Since 2000, he’s served seven three-year terms as the firm’s chair.

During his tenure, Paul Hastings more than tripled gross revenue and profits per partner, expanded from nine locations to 21, and increased its headcount to more than 900 lawyers from roughly 600, according to a statement from the firm. 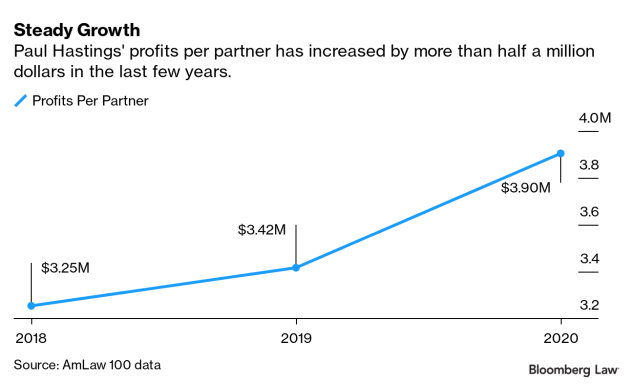 “What’s been most meaningful to me during this period is the ability to take whatever role I had and help build the firm from what was a solid regional firm to an elite global brand,” Zachary said.

Lopez, Paul Hastings’ chair-elect, joined the firm in 2019 and is also co-head of the firm’s securities and capital markets practice. Before that, he was a partner with Proskauer Rose, where he worked for 15 years, according to his LinkedIn profile.

Until he steps into the chairmanship role next year, Lopez will hold the role of managing partner with Smith, who is also vice chair of the firm’s data privacy and cybersecurity practice. After that, Lopez could choose to elect another managing partner to share the role with Smith.

Smith was previously chief counsel to the chairman of the Federal Communications Commission and was general counsel of Washington Post Digital, according to her firm profile.