The regional firm’s equity partner profits are expected to clear $700,000 on average when the year-end numbers are finalized, Holland & Hart chair Chris Balch said in an interview. That’s up from from $544,000 a year earlier.

Law firms around the globe have cashed in on record-breaking spikes in deals and other business transactions over the last two years. They’re also facing a frenzied recruiting market in which the largest firms continue to boost salaries and dole out multiple rounds of bonuses to keep lawyers and to poach talent from competitors.

Holland & Hart expects to see its gross revenue climb to just under $300 million when the figures are finalized, Balch said. The 11% revenue jump is likely to keep the firm just outside the 100 largest firms in the country, according to data compiled by the American Lawyer. 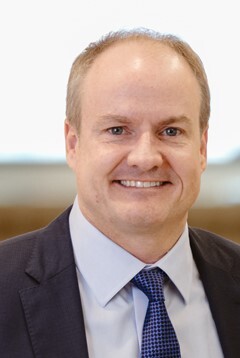 Holland & Hart employs about 400 lawyers, including more than 150 equity partners, largely in offices straddling the Rocky Mountains. The firm’s clients include McKinsey & Co., Deere & Co., Novartis AG, and Chevron Corp., according to a review of court dockets.

The rival firms are deepening the pool of talent in those locations, where Holland & Hart can lure talent with lower billable hours, business book requirements and rates for clients, according to Balch.

“You’re going to lose some people to some of those really big firms,” Balch said. “What we’ve found is also an increase in interest in our platform. The dollars are important, but at some point the work load and the pressure outweighs the dollars.”

To contact the editor responsible for this story: John Hughes at jhughes@bloombergindustry.com