Latham & Watkins has added corporate partner Mollie Duckworth in Austin, Texas, where she formerly served as partner in charge of Baker Botts’ office, ramping up the growth of the firm’s newest office in a competitive market for talent.

Duckworth advises clients on M&A transactions, public offerings and private placements of equity and debt securities. She also advises master limited partnerships, known as MLPs, a corporate entity common in the energy industry that has been a large part of Latham’s Texas practice dating back to its Houston launch in 2010.

Like all of those lawyers, Duckworth has ties to the University of Texas, where she received her law and undergraduate degrees. Those connections are increasingly important as law firms vie to hire the best law students in a competitive labor market in Austin and elsewhere.

“I look forward to combining my deep relationships across the Texas market with Latham’s world class platform to serve our clients across the technology, energy and infrastructure industries,” Duckworth said in a statement. 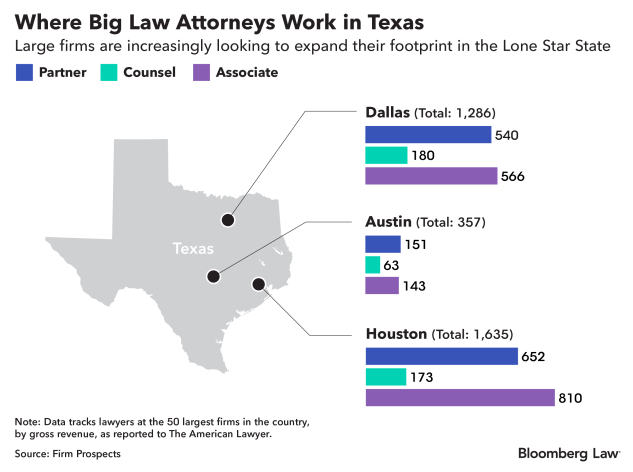 Latham is the country’s second largest law firm by revenue, hauling in $4.3 billion in 2020, according to the latest AmLaw rankings. The firm’s equity partners earned $4.5 million on average last year.

“Mollie is a true leader in her field, and she brings a fantastic range of capital markets experience advising clients across a spectrum of corporate needs,” Ian Schuman, global chair of Latham’s capital markets practice, said in a statement. “She is a perfect addition to our strong and growing team.”