The connections to Democratic politics run deep at Jenner & Block.

Firm Chairman Tom Perrelli was the Justice Department’s No. 3 official during the Obama administration. Randy Mehrberg, one of the firm’s two managing partners, is a former aide to Chicago Mayor Rahm Emanuel. And it recently hired Calif. Gov. Gavin Newsom’s former chief of staff, Ann O’Leary, in San Francisco.

All of which is to say: The Chicago-founded litigation firm seems well-positioned for what many expect will be a surge in government investigations and prosecutions during the Biden administration.

As politics and business continue to mix ever more closely, Jenner & Block’s leaders told Bloomberg Law in an interview that the firm’s “values” will help it win over new lawyers and clients—rather than scaring them away.

“We are coming to the realization that we’re being chosen by these clients because they share our values,” Katya Jestin, Jenner’s New York-based co-managing partner, said. “A lot of companies are making their social conscience a part of their business model, and we are ready for that. We match that. We’ve done that for years.”

Long known for its pro bono work, Jenner lawyers have represented Stacey Abrams’ Fair Fight Action group and a number of black churches in Georgia who have been challenging aspects of the state’s election laws related to its 2018 election. The firm also worked on a voting rights challenge in Florida last fall and recently defended the Voting Rights Act at the U.S. Supreme Court.

Jenner’s business was tested in 2020 when former chairman Craig Martin left the firm in February, eventually taking with him roughly 30 lawyers. Combine that with court closures, and a firm featuring some 400 litigators could be expected to have a hole blown in its budget.

But the firm’s revenue held virtually flat at $446 million in 2020 while its profits per equity partner rose 9% to $1.74 million, its second highest on record. Jenner also made a series of key partner hires throughout the year, bringing in a number of partners from Boies Schiller & Flexner including Lee Wolosky, Dawn Smalls, David Pressman, Douglas Mitchell, and Joshua Riley.

Many of the firm’s hires bolstered its practice providing advice to clients facing government investigations or prosecution, which Perrelli calls the firm’s “big mess” practice. The firm intends to continue hiring for that group, Mehrberg said in an interview, including in Northern California where Jenner this year opened an office by hiring O’Leary. 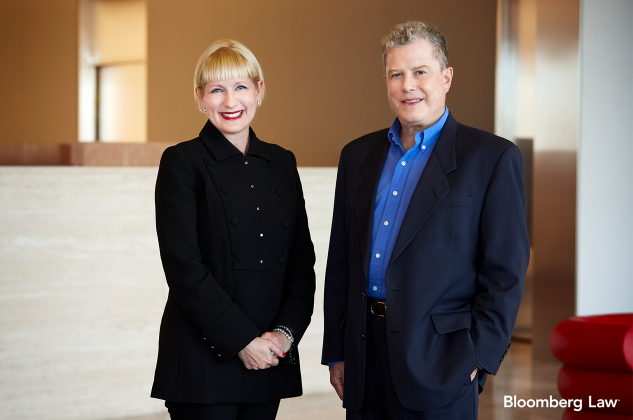 The firm has long been known for its litigation prowess, and this week hired a former federal prosecutor in Chicago, Shoba Pillay, who has experience in cyber crime and fraud. But it has focused more recently on expanding its roster of lawyers experienced representing clients before regulatory bodies in industries like energy and aviation.

“It’s not like we’re going out there and need to acquire another firm for their clients,” Mehrberg said of the firm’s Northern California ambitions. “We have several Fortune 500 clients who we do meaningful work for. And we’re going to start in areas of our strength, litigation, and government controversies work that Tom leads.”

As the pandemic brought unprecedented uncertainty to law firms last spring, Jenner & Block’s leaders made a decision that the firm would not lay off staff or lawyers, and that it would share its financial situation regularly with lawyers and staff alike. The firm eventually decided to add lawyers and grow through the pandemic, with Mehrberg noting there was no “meaningful drop” in the firm’s litigation matters.

“We didn’t know a pandemic was coming, but it was that work around our values, alignment, and building out a plan based on those values that really helped us when the pandemic hit,” Mehrberg said. “Because our business model is really our values.”

Jenner last year said it was committing $250 million worth of its lawyers’ time to pro bono over a five-year period.

The firm is also looking to improve diversity. Jenner “wants to be as well-known in the legal profession for our commitment to diversity and inclusion as we are for pro bono,” Jestin said.

The firm has been rolling out a pilot program that pairs every Black lawyer at the firm with a sponsor on the management or policy committee. The program holds mentees accountable for reporting opportunities they’ve presented for their proteges such as media interviews, relationship introductions or speaking panel positions. The firm is working to expand the program to all its diverse lawyers, the leaders said.

The firm’s leaders say its business relies on its values to recruit lawyers drawn to its pro bono record, and to attract clients who today are considering their own core values when deciding what lawyers to hire.

Perrelli brushed aside concerns that taking stances on hot-button political issues could be a liability for the firm. He noted that he was “plenty busy” during Trump’s presidency despite his background not necessarily aligning with the administration’s views.

“People were looking for the substance you could offer and not who you might have hung out with at a cocktail party,” Perrelli said. “And that continues to be the case.”

(Adds info on firm's hire of federal prosecutor this week.)