“The lawyers would gather at a long conference table, and everyone—lawyers and clients—was a White man,” says Louis, a corporate lawyer, who is also now managing partner of Perkins Coie’s Dallas office.

“Then I would be asked a question that was not asked of anyone else in the room,” she said. “Where did you go to law school?”

Although there is little hard data, Black transactions lawyers say they are few and far between at huge law firms that regularly handle multibillion dollar mergers and rake in the large fees that come with them.

Firms have diversified glacially, but a lack of opportunity in the particularly lucrative deals area narrows the all-important path to partnership and leadership positions.

Ten firms that have racked up deals valued at more than $2 trillion for the first six months of 2021, according to Bloomberg data, appear collectively to have relatively few Black deal partners on their U.S. rosters.

Though Bloomberg Law inquired, by email and phone, powerhouse M&A firms Wachtell; Cravath; Sullivan & Cromwell; Kirkland & Ellis; Latham & Watkins; Simpson Thacher; Freshfields Bruckhaus Deringer; Paul Weiss; Skadden Arps; and White & Case did not provide complete information on the diversity of lawyers in their specific practice area. Some firms confirmed the name of an individual diverse attorney in their practice groups when asked. Others declined to respond.

Anecdotally, the dearth of Black partners in this space appears clear.

“I have rarely done an M&A deal with a Black partner,” Sebastian Fain, a Black M&A partner at Freshfields, told Bloomberg Law. “There are few of them.”

The scarcity of such lawyers is underscored by industry wide data that show just more than 2% of all firm partners are Black and less than 1% are Black women. Partner is usually the level of responsibility required to direct high-stakes M&A deals.

Despite their small numbers in the M&A arena, Black lawyers have been at the helm of some notable deals over the last year.

Freshfields’ Fain led AstraZeneca’s $39 billion purchase of Alexion Pharmaceuticals in December 2020, with Wachtell corporate partner Sabastian Niles, also a Black Harvard Law graduate, on other side of the deal. The pair didn’t deal directly with each other on the transaction. 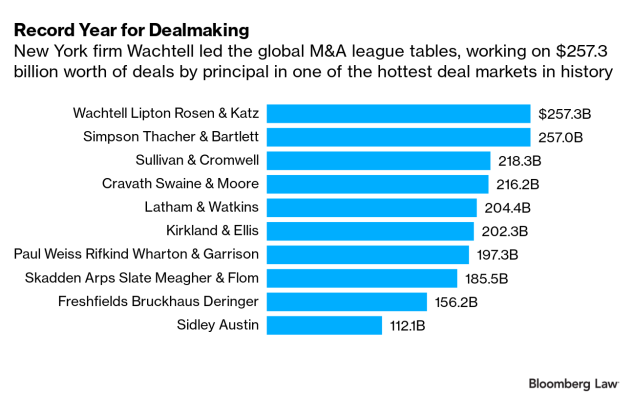 Black dealmakers who spoke with Bloomberg Law said their peers often tend to gravitate toward litigation.

Louis, who is Dallas office managing partner for Perkins Coie, said young Black lawyers should be open to transactional legal work, which can include not only M&A but also finance, restructuring, and bankruptcy.

Lawyers in the dealmaking space have come to it in different ways.

Fain, at Freshfields, said he got interested in transactional law after deciding during pre-med college courses that he didn’t want to be a doctor. His first summer associate job convinced him he didn’t want to be a litigator. Fain learned the M&A ropes at Wachtell, then moved to Freshfields, where he became a partner in 2019 and two years later landed the AstraZeneca deal.

Richard Ross, an M&A partner at Perkins Coie, said he had an early interest in business, fanned by his childhood passion for playing Monopoly and the example of a brother who owned a record store. Even though he said “then Black people who were interested in the law didn’t go to business school,” he decided to earn an MBA in finance along with his law degree at Cornell.

His first stop in M&A was at Skadden, then he became an assistant general counsel at Goldman Sachs. He moved on to the former Chadbourne & Parke and then to Perkins Coie.

M&A practice, he said, isn’t for everyone.

“It’s been a clubby atmosphere where you work hard and play hard, close a deal and pound down a few. That’s not attractive to a lot of people.”

Frederick Nance, global managing partner of Squire Patton Boggs, said litigation was a logical choice at the outset of his career.

“I always knew that if I tried a case and won, I could always sell myself,” he said. “As a new transactions lawyer, nobody was going to buy my bond opinion.”

Gradually, said Nance, he learned about transactional work on the job, and later in his career began doing deals. He has in recent years represented Cuyohoga County in $185 million negotiations to renovate Rocket Mortgage FieldHouse, the former Quicken Loans Arena in Cleveland.

“I had shown I could be trusted. I learned by training,” he said. 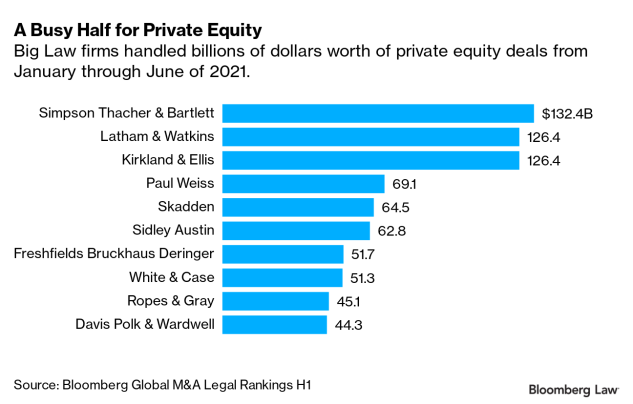 “Many were familiar with litigators on television,” Cormier told Bloomberg Law. “And criminal defense lawyers might have been the only kind of lawyer any of us would see.”

Law didn’t come to mind as a career when he was growing up in Beaumont, Texas, where one of the three local lawyers operated a funeral home to make ends meet. After Cormier helped negotiate an end to a black student protest while attending Southern Methodist University, in Dallas, he said people began telling him to think about law school.

He went on to Yale Law School, joined Paul Weiss, then worked on the Nixon impeachment inquiry in Congress. In 1974, he returned to Houston, at Baker Botts. Business law, mostly gas and oil related, was a natural choice.

Among the deals Cormier handled were a new sports-entertainment center in downtown Houston for the Houston Rockets, and represented EGL Inc., in a $2 billion merger creating one of the world’s largest supply chain management companies.

As the first Black lawyer in a large firm south of Atlanta, Cormier said: “I was concerned about how juries in Harris County would react, so I decided it would be prudent for me to be a transactional lawyer.”

Some Black women M&A lawyers have not been waiting to gain a foothold inside big law firms. Chasity Wilson Henry, general counsel and senior vice president of CECO Environmental Corp., in Dallas, said her own professional experiences led her to help set up an organization to boost Black women lawyers for deal teams and other legal work.

“There is a larger demand for diverse legal teams across subject matters. There is diversity out there, but there are still systemic issues,"said Henry, a former Vinson & Elkins M&A associate who later worked as assistant general counsel for Kimberly-Clark.

“Now I’m in a position where I choose my own counsel,” Henry said. “From my perspective, a direct ask is very effective. I have yet to request a diverse deal team and have outside counsel deliver otherwise.”

To help Black women lawyers learn about opportunities in M&A and other practice areas, she and several other University of Texas School of Law alumni in Dallas established the “New Roundtable.” They bring in speakers, like Perkins Coie’s Louis, to talk about career options, learn technical skills and facilitate networking.

“We pick their brains and try to help each other. If we hear about an opening, we share it so someone can put up a candidate,” said Henry.

“We were not at the table, so we decided to build our own table.”