The office of New York Governor has hired outside lawyers, including New Jersey’s former top federal prosecutor, to deal with a broad investigation that could lead to Cuomo’s impeachment proceedings.

The attorneys will represent the Executive Chamber in the state attorney general’s probe of multiple accusations of sexual misconduct by Cuomo, harassment and other claims. The hiring comes as the New York State Assembly on Wednesday said it employed to carry out an impeachment investigation of the governor.

The Executive Chamber hired , a partner at Arnold & Porter who served as U.S. Attorney for New Jersey from 2009 to 2017. The law firm said Fishman will be joined by of Walden Macht & Haran. Hormozi is a former executive vice president and general counsel at Revlon, Inc. with long-term connections to Cuomo.

“Their role is to facilitate the Executive Chamber’s full cooperation, to represent its employees, and to provide access to all information to which the attorney general’s office is entitled,” Arnold & Porter said in an emailed statement. 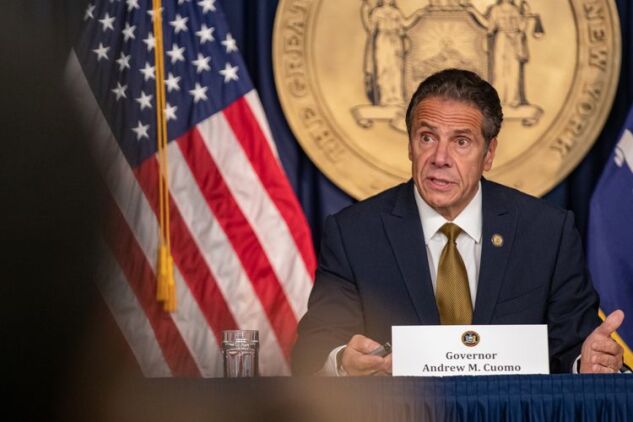 Cuomo has denied the sexual misconduct and harassment claims and apologized if his actions were misinterpreted. He has said he would cooperate with the investigation.

Hormozi is listed as a member the board of advisors at New York University Law School on the school’s website. In 2008, she was appointed special deputy chief of staff in the New York attorney general’s office by Cuomo, who was attorney general at the time, according to NYU. Three years later, Cuomo appointed her to chair the Commission on Public Integrity, which according to NYU, polices ethics violations by public officials and lobbyists.

The impeachment probe of Cuomo is expected to include claims his administration withheld information on Covid-19 nursing home deaths, covered up structural problems on the Mario M. Cuomo Bridge, and whether Cuomo’s vaccine czar crossed ethics lines when he called county executives to gauge their loyalty to the governor.

That probe will be led by the state assembly’s judiciary committee, which will be afforded subpoena power to interview witnesses and evaluate evidence that could later serve as a legal basis for impeachment.