Former General Electric CEO Jack Welch Jr, who passed away Sunday at 84, helped remake not just the company, but also its legal department, according to those who worked under him.

Making Change: Welch helped empower his in-house lawyers and shook up a previously staid law department with new hires from major law firms and the government. He also gave the lawyers at the company more latitude to work with regulators to clean up corporate messes.

Brian Baxter has the story.

Paul Hastings Snaps Up Orrick Fintech Lawyer
Paul Hastings has brought aboard Christopher Austin, who had been global head of capital markets at Orrick and head of its blockchain and cryptocurrency working group, as a partner based in New York.

Foley & Lardner Grabs IP Team of Four From Dentons
Foley & Lardner is expanding its intellectual property bench with a four-lawyer team from Dentons that includes the former co-leader of the mega firm’s IP practice group.

Paralegal at Philadelphia Firm to Get Sexual Harassment Trial
Silvers, Langsam & Weitzman PC must face trial on a paralegal’s allegations that she was sexually harassed by her supervising attorney and others during her two months at the Philadelphia personal injury firm, a federal judge ruled.

Profanity-Laden Emails Earn Sanctions for California Attorney
A California plaintiff’s attorney who cursed in emails at opposing counsel representing Allstate Insurance Co. and threatened them with waterboarding and face tattoos must pay $17,808 in sanctions, according to an order from the Central District of California.

Kansas Suspends Lawyer Who Forged Judge’s Signature
A Kansas attorney who forged the signatures of a judge and a clerk, neglected numerous clients and fabricated court pleadings, has been suspended for two years by the state’s top court.

Roger Stone Jurors Will Get Free Legal Help During Bias Dispute
Jurors who convicted Republican operative Roger Stone for lying to Congress during the Russia investigation will get free legal representation while a journalist attempts to access a jury questionnaire.

California Bench Getting More Diverse, Report Says
California’s judiciary is getting a little less white and male with the number of judges claiming Latino, Asian, black, American Indian, and other races increasing over the past 14 years.

INSIGHT: Coronavirus Triggers SEC Disclosure Obligations
The coronavirus and its potential impact on businesses is triggering a careful look at SEC disclosure obligations. Adele Hogan, partner at Nelson Mullins, says its known and unknown impact on earnings, supply chains, customers, and other stakeholders, as well as other business matters, is likely to be material for some companies and require disclosure. Environmental, social, and governance factors may need to be disclosed as well.

INSIGHT: A Lawsuit Against Adult Entertainment Sites Might Clarify ADA
A new lawsuit filed by a deaf patron against adult entertainment sites for failing to provide closed caption access may help clarify compliance with Title III of the Americans with Disabilities Act, writes Posi Oshinowo, special counsel at Wiley.

INSIGHT: Trump ‘Secret Science Rule’ Would Set Environmental Law Back Decades
The Trump administration’s “Strengthening Transparency in Regulatory Science” rule will severely limit the scientific studies used by the federal government to create new regulations. Environmental attorney Shawn Collins says the rule requires all data to be publicly available, including confidential medical records and sensitive personal information, and will be a major impediment for clean air and water rules.

INSIGHT: GCs Must Transform Their Teams for the Decade of Disruption
The general counsel role is rapidly changing and the 2020s will bring new business, technology, and organizational challenges. In Part 1 of a three-part series on GCs and their teams, Matthew K. Fawcett, senior VP and general counsel at NetApp, says current cost models, organization models, budget and staff allocations, and risk management plans likely will need significant overhaul. 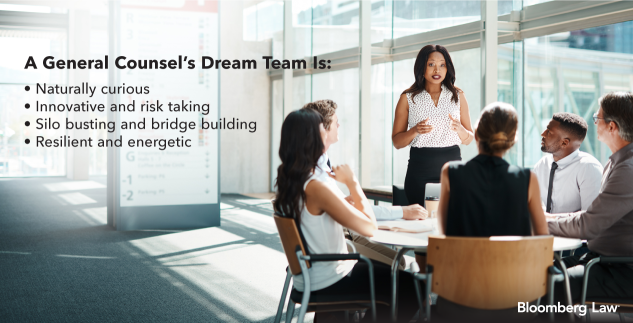