was sued by U.S. antitrust officials and a coalition of states that want to break up the company by unwinding its acquisitions of Instagram and WhatsApp, deals the government says were part of a campaign to illegally crush competition.

The and state attorneys general led by New York said they filed antitrust complaints against Facebook Wednesday, alleging the company stifled competition from rivals in order to protect its monopoly in social media. The lawsuits seek court orders unwinding Facebook’s acquisition of Instagram and WhatsApp, according to copies of the complaints provided by the states and the FTC. 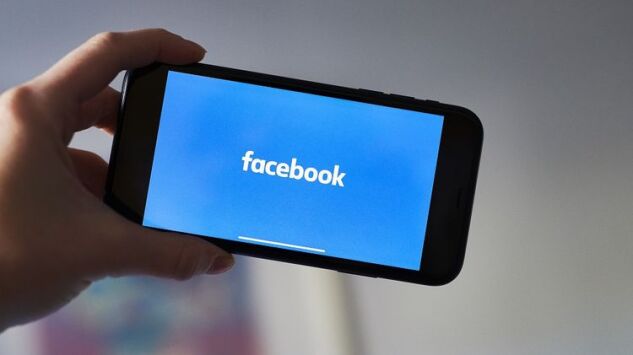 The cases represent the biggest regulatory attack against Facebook in the company’s history. They follow the Justice Department’s October lawsuit against ’s Google. Together, the Google and Facebook actions mark the most significant monopoly cases filed in the U.S. since the Justice Department sued in 1998. Unlike the Google case, the Facebook complaints seek a court order breaking up the company.

“Personal social networking is central to the lives of millions of Americans,” , the director of the FTC’s Bureau of Competition, said in a statement. “Facebook’s actions to entrench and maintain its monopoly deny consumers the benefits of competition. Our aim is to roll back Facebook’s anticompetitive conduct and restore competition so that innovation and free competition can thrive.”

Facebook has squashed or hindered what the company saw as potential threats, said New York Attorney General during an online press conference. 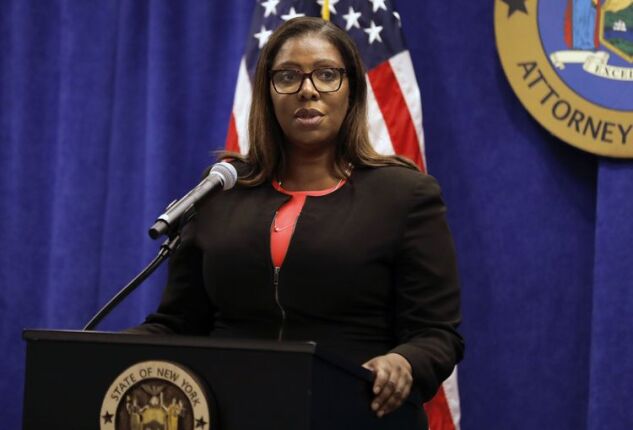 Facebook used “vast amounts of money” to acquire companies that could potentially threaten its dominance, particularly Instagram and WhatsApp, she said. The effort was meant to “squeeze every bit of oxygen out of the room.”

Facebook became a prime target for President in the last two months of his administration. Last week, he threatened to the annual U.S. defense authorization bill unless Congress adds a rider to abolish the law that protects technology companies, including Facebook, from liability over most content posted by users. The demand followed months of attacks by Trump and some other Republicans, who accused technology platforms of suppressing conservative views after they began flagging misleading and false posts about the pandemic and the election. Those claims aren’t part of the suits filed Wednesday.

Facebook and its tech peers are facing a groundswell of bipartisan antagonism over their control of digital commerce and their ability to influence what users watch and read.

The investigations into the companies began in the summer of 2019 after the FTC and the Justice Department agreed on a to divide up scrutiny of Facebook, Google, and A House report, which was released in October following a 16-month investigation, determined the four companies are their market power as gatekeepers of the digital economy.

It will be up to President-elect ’s Justice Department to carry the Google case forward, while the Facebook case will fall to whomever Biden picks as FTC chairman if , who was appointed by Trump, leaves the agency. Simons, a Republican, voted with the agency’s two Democrats to approve the Facebook complaint. The other two Republicans voted against it.

Facebook called the complaints “revisionist history,” saying it was Facebook’s investments in Instagram and WhatsApp that made them successful. Both acquisitions were investigated and approved by the FTC when they were announced.

“The government now wants a do-over, sending a chilling warning to American business that no sale is ever final,” Facebook General Counsel said in a statement. “People and small businesses don’t choose to use Facebook’s free services and advertising because they have to, they use them because our apps and services deliver the most value.”

Facebook offered $1 billion for Instagram in 2012 when it had only 25 million users and no revenue, but had already started to capture the market for mobile photo-sharing. Facebook “quickly recognized that Instagram was a vibrant and innovative personal social network and an existential threat to Facebook’s monopoly power,” the FTC said.

Chief Executive Officer knew that by buying Instagram, Facebook “would not only squelch the direct threat that Instagram posed, but also significantly hinder another firm from using photo-sharing on mobile phones to gain popularity as a provider of personal social networking.”

The states’ complaint says Zuckerberg was able to convince former Instagram CEO to sell the company “based in no small part upon Zuckerberg’s growing reputation for wielding Facebook’s power as a sword.” Systrom asked an Instagram investor if Zuckerberg was likely to “go into destroy mode” if he turned down the offer. Systrom later said, “bottom line I don’t think we’ll ever escape the wrath of mark...it just depends how long we avoid it,” according to the complaint.

The company repeated its anti-competitive acquisition strategy when it acquired WhatsApp, the mobile messaging leader, in 2014 for $19 billion, the FTC and the states said. Facebook saw direct messaging apps as a significant threat, according to emails that were included in the complaints from Zuckerberg and employees. In a 2012 email, Zuckerberg said messaging apps could be used “as a springboard to build more general mobile social networks.” A Facebook business growth director predicted internally that “[t]his might be the biggest threat we’ve ever faced as a company.”

WhatsApp’s position as a global service without ties or restrictions to work with any single platform made it an attractive acquisition, the FTC found.

WhatsApp, unlike Instagram, does not contribute meaningful revenue to Facebook today, but the company is setting the stage to turn the messaging app into a commerce and payments service in key international markets, including India and Brazil. In recent years, Facebook has been combining the WhatsApp and Instagram networks with its own, strengthening its power over global communication and making any future breakup more technically difficult.

The lawsuits also accuse Facebook of thwarting competition in violation of antitrust laws by preventing apps that were seen as competitive threats from accessing its platform. The House committee that investigated Facebook and the other tech companies said Facebook “weaponized” its platform against rivals by preventing them from getting access to the data they needed to grow.

“The two most utilized strategies have been to acquire smaller rivals and potential rivals before they could threaten Facebook’s dominance and to suffocate and squash third-party developers that Facebook invited to utilize its platform,” James’s office said in a statement.

Facebook has long denied it’s a threat to competition. Zuckerberg told Congress in July that the company faces intense competition around the world and is constantly innovating to develop products users will like and to avoid falling behind.

“With hindsight it probably looks like obvious that Instagram would have reached the scale that it has today, but at the time it was far from obvious,” he told Representative , the New York Democrat who chairs the Judiciary Committee. “This has been an American success story.”

The Facebook complaint is the most significant antitrust action under Simons’s tenure since he took over the agency in 2018. Last year, Simons reached a with Facebook for privacy infractions, an agreement that was widely criticized by privacy advocates, Democratic lawmakers and the agency’s two Democratic commissioners for not securing changes in the way Facebook operates.

The FTC is taking on Facebook just as it’s coming off a in a monopoly case brought against A federal appeals court in August ruled in favor of the chipmaker and reversed a lower-court decision that the company abused its dominant position in the market for cell-phone chips.

(Updates with Facebook response in 12th paragraph. An earlier version of the story corrected the spelling of the names of New York Attorney General Letitia James and Instagram.)

To contact the reporters on this story:
in Washington at dmclaughlin9@bloomberg.net;
in New York at elarson4@bloomberg.net