founder lost a fight to limit what jurors can learn at her criminal fraud trial about how she worked with lawyer to try to stop an expose by the Wall Street Journal ahead of the startup’s collapse.

A judge on Thursday ruled that a series of emails between the Stanford University dropout-turned-entrepreneur and the famed litigator are fair game for prosecutors to present at Holmes’s upcoming trial. The messages remain sealed from public view, but court filings and Holmes’s lawyers at a hearing revealed they concern the Journal’s 2015 reporting by John Carreyrou that Boies aggressively tried to quash. 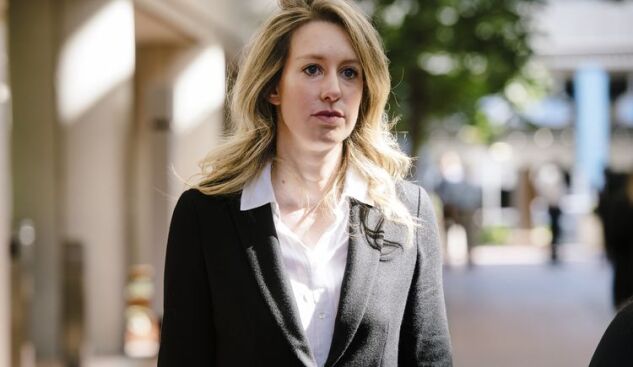 Boies was deeply involved in Theranos, representing the company in litigation, investing in it, and as the controversy with the Journal heated up in late 2015, serving on its board of directors. In his book about Theranos, “Bad Blood: Secrets and Lies in a Silicon Valley Startup,” Carreyrou published a letter Boies wrote to the Journal that presciently describes the criminal indictment served on Holmes in 2018.

Boies, chairman of the firm , described the journalist’s reporting as “false, misleading, and unfair.” Carreyrou’s thesis, the lawyer argued, was that Theranos and Holmes “are essentially perpetrating a fraud by touting a technology that does not work and using existing commercial equipment to do tests that Theranos pretends are done with new technology.” Prosecutors have alleged just such a fraud.

Holmes’s lawyer, , told U.S. Magistrate Judge at a Dec. 16 hearing that Boies served as both a corporate lawyer for Theranos and as Holmes’s personal lawyer, and that due to his latter role the emails should remain private because they’re protected by attorney-client confidentiality rules.

Holmes failed to show “that that the substance of her conversations with Boies and Boies Schiller Flexner did not concern matters within the general affairs of the company,” Cousins said in his ruling. None of the documents or communications discuss Holmes’ individual legal interests, the judge said, and instead relate to her official duties or general affairs of Theranos, like conversations with investors, billing, and media strategy.

Wade and , another lawyer representing Holmes, and Boies didn’t immediately respond to emailed requests for comment.

Theranos ceased operations in 2018, turning over its rights as a company to a person tasked with liquidating its assets. Prosecutors argued Holmes no longer controls the attorney-client privilege associated with Theranos and that the person assigned to the liquidation told the U.S. no such privilege would be asserted.

(Updates with requests for comment from Holmes lawyers and Boies.)

Joel Rosenblatt
Bloomberg News
The Spectacular Rise and Fall of Elizabeth Holmes and Theranos
© 2022 The Bureau of National Affairs, Inc.
All Rights Reserved