Buildings stand in the city skyline behind the waterfront in Boston, where Duane Morris has already shrunk its physical space.
Photographer: Scott Eisen/Bloomberg via Getty Images

About 75% of the firm’s office leases expire in the next three to five years, including its largest in New York City, Philadelphia and San Francisco, Matthew Taylor, the firm’s chief executive officer, said in an interview. “That’s opportunity knocking,” he said, as the firm negotiates new leases at lower costs, he said.

Now at 635 square feet per attorney, Duane Morris plans to reach about 500 square feet per lawyer by 2027, Taylor said. It already shrunk its space by almost half in Wilmington, Del., 35% in Atlanta and 24% in Boston, bringing “major savings.” He said he has an overall cost-saving target in mind though declined to share it.

Law firms are looking to shrink their space after the Covid-19 pandemic proved they could be profitable with lawyers working remotely. Downtown real estate vacancies in Manhattan and other major markets have risen, giving firms that are in a position to negotiate new leases the ability to lock in lower payments.

Thirty percent of U.S. office buildings, worth an estimated $1.1 trillion, are at high risk of becoming obsolete because of changes that tenants are making in the hybrid work era, Bloomberg News reported March 14, citing an independent consultant and former head of real estate research at Goldman Sachs Group Inc.

Duane Morris, which ranked 75th by gross revenue in the AmLaw 100 last year, began its effort to shrink its office footprints before the pandemic, Taylor said. It’s turning to more “hot desks,” where workers grab an open workspace rather than having one assigned to them.

“It’s a recognition that we need to be more nimble,” he said. 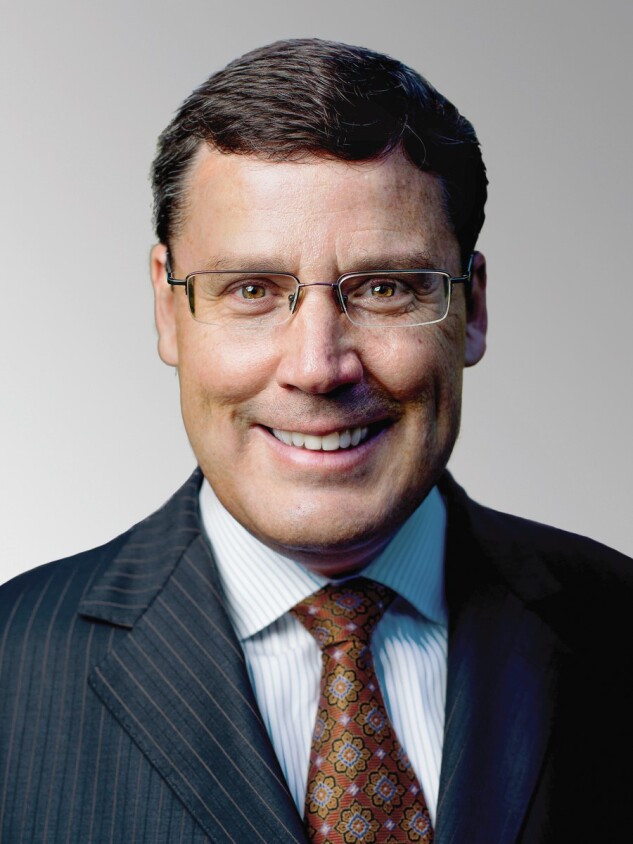 The firm decided partners didn’t need to have “big, huge” offices anymore, and none have pushed back on that idea, Taylor said. “I have not had one partner complain about the size of their office is smaller,” he said.

During the pandemic, as elsewhere, Duane Morris lawyers shifted to remote work. But unlike many of the firm’s competitors, Taylor said there’s no firm-wide minimum requirement for time spent in the office. Instead, individual teams and practice groups have come up with their own schedules that work for them, he said.

The firm’s $596.5 million in revenue last year grew 13% over 2020 as mergers and acquisitions, private equity and other deals grew, and pent-up demand for trials aided the litigation practice, Taylor said.

Already with more than 800 lawyers globally, Duane Morris plans to expand in Dallas “shortly” along with other markets, after already growing its number of attorneys in New York, Chicago and California.

“Our trajectory speaks for itself, just from the numbers,” Taylor said. “I’d be surprised if we weren’t working closer to the AmLaw 50 in a few years.”

John Hughes
Reporter/Editor
Big Law Agrees: Give Attorneys Flexibility as Offices Reopen
Barnes & Thornburg to Triple New York City Office Size in 2022
The Future of the Big Law Office Is Now, Thanks to Covid-19
© 2022 The Bureau of National Affairs, Inc.
All Rights Reserved