The unusual elevation could signal that the industry is taking diversity more seriously. Or not.

It’s either a game changer or a clever gimmick.

In a radical departure from the way Big Law doles out the partnership prize, Gibson Dunn & Crutcher elected an administrator (a cost center!) to partnership.

As any first year law student knows, you need a laserlike focus—not to mention mountains of billable hours—to be even considered for partner.

Yet, Zakiyyah Salim-Williams, the winner of this partnership lotto, hasn’t clocked one billable minute for over a dozen years. Gibson Dunn’s chief diversity officer since 2011, Salim-Williams said her elevation came out of the blue.

“I was on vacation in Hawaii when [Barbara Becker, the firm’s chair] called and said, ‘You’re a partner!’” she recounted. “I had no idea this was coming. I was crying, and my daughter said, ‘Oh, my God, you’re now a Black partner at the firm!’”

While there’s been a steady trend of practicing lawyers evolving into the role of diversity director—recently, Baker Botts named partner Heather Souder Choi to be the firm’s first chief diversity and inclusion officer—it’s rare for a staff member to be elected to the partnership at one of the most elite law firms in the nation.

Gibson’s equity partners raked in $4.4 million in profits on average last year, according to The American Lawyer. Though Salim-Williams is a non-equity partner, meaning she doesn’t get a share of the firm’s profits, she likely got a tidy raise.

So why is Gibson Dunn, which announced the elevation earlier this month, breaking the mode? Is this a one-off or does it signal Big Law’s changing attitude about partnership and diversity?

“When I think about who’s eligible for partnership, I think about contribution in very broad terms,” said Becker, Gibson’s chair and managing partner. “Zakiyyah has been instrumental in client and community engagement, and she strengthens the sense of community at the firm. This was a way to create a long-term career plan for her at the firm.”

And was Salim-Williams’ elevation controversial since she didn’t pay the normal dues? “When I brought it up with the executive committee, it was met with uniform support,” said Becker.

It doesn’t hurt that Gibson’s diversity statistics have improved quite a bit during Salim-Williams’ tenure. She joined the firm from the New York City Bar Association, where she was diversity director, after stints as an associate at Willkie Farr & Gallagher, and Heller Ehrman. 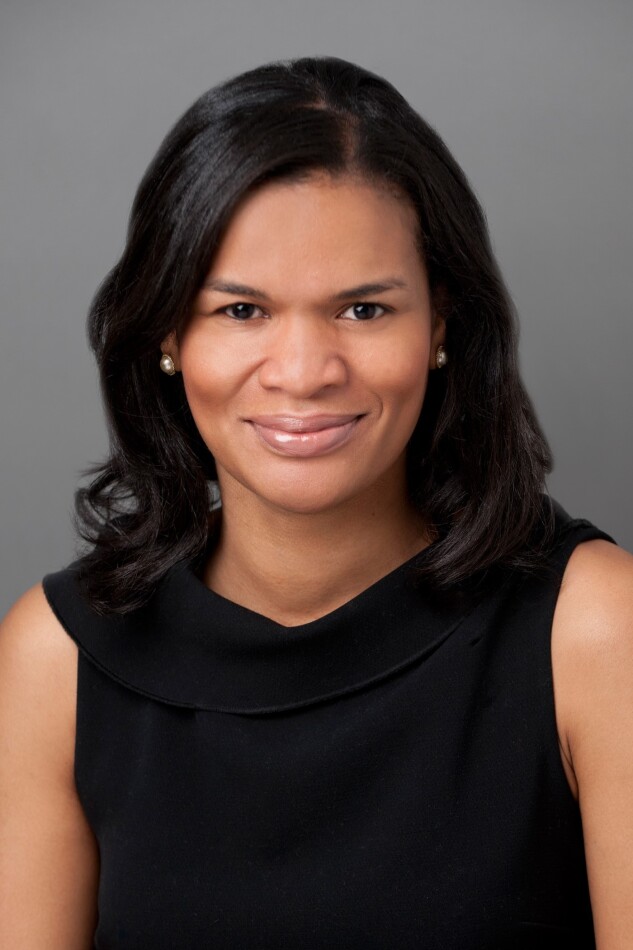 The firm reports 12.7% minority partners worldwide this year, compared to the national average of 10.2% at large firms in 2020, based on findings by the National Association for Law Placement.

More significantly, there’s been a big jump in the number of Black partners under her watch.

In a profession that’s notoriously difficult for Black lawyers to rise to the top, Gibson has made notable strides in recent years. Today, it has 12 Black partners, representing 3.1% of all partners at the firm worldwide (the national figure is 2.22%, according to NALP). That number might not blow you away but it’s a big deal for Gibson, which only had four Black partners representing 1.4% in 2011.

“Since 2019, we’ve had over 50 meetings with Black partners who say they want to see change,” said Salim-Williams, alluding to the concerted effort the firm has made.

Becker also credits Salim-Williams for launching the firm’s Women of Gibson Dunn and Black Advancement Initiatives. The firm’s leader noted that female partners comprise almost 27% of all partners in the US (it was about 15% in 2011) and that Black lawyers at the firm have increased by 80% since she joined the firm.

All notable achievements, but how will her partnership affect the pace of diversity at Gibson? Let’s be blunt: What power will Salim-Williams’ partner status give her besides bragging rights?

Though it’s unclear what additional rights and responsibilities Salim-Williams will have as a result of admittance to partnership—neither Becker or Salim-Williams envision major changes—Becker said those concerns are largely moot.

“Zakiyyah has been acting as a partner since the day she joined the firm,” Becker said. “People treat her as part of the partnership. We’ve been at the same executive meetings since 2011.”

The partnership “will give her external credibility,” Becker added.

Others in the diversity field are more skeptical about the impact both within the firm and in the industry.

“We found in our research that, regardless of title, there’s no consistency in what the role of the diversity, equity, and inclusion chief should be,” said Sandra Yamate, chief executive officer of the Institute for Inclusion in the Legal Profession. “I see a lot more responsibility given to them but what’s missing is authority.”

“The question for me is whether all this is performative,” said Ari Joseph, the head of DEI at WalkMe, and the former diversity director at Brown Rudnick. “At the end of day it’s about headcount and engagement. I need to see the real numbers.”

But he added, “the pressure shouldn’t be on her but on the firm—whether they’ll listen to her and let her take ownership.”

Why such deep skepticism about a firm elevating its DEI director to partnership?

Well, frankly, leading DEI efforts in a law firm is not the most esteemed role in Big Law. From what I’ve observed, it often seems like DEI directors are hired to tread water—a flurry of activity that often goes nowhere.

“Sometimes it’s serious, sometimes it’s checking the box,” said diversity consultant John Mitchell about Big Law’s motive for putting partners in charge of DEI. The problem, he explained, is that partners who lead DEI efforts seldom have business or clout. He said he’d be more impressed when “straight white males are leading diversity efforts,” adding: “I don’t think that’s a trend, by the way.”

That said, Yamate noted, “I give Gibson credit for thinking outside of the box.”

Indeed, who’s to say that Gibson’s latest effort won’t fly and boost diversity? If nothing else, there’s potent symbolism that a prestigious firm would extend its partnership privilege to someone who’s been devoted solely to promoting diversity. It suggests—though the proof remains in the pudding—that it is putting diversity on the front burner.

“I think more DEI professionals will be elevated to partnership,” said Salim-Williams. “It’s worthy of that title. We do really hard work.”