The Walt Disney Co. is looking for a new legal chief as the company looks to rebound from a pandemic-related downturn.
Bing Guan/Bloomberg

The Walt Disney Co. has yet to crown a new legal leader as longtime general counsel Alan Braverman is set to retire in two weeks.

Braverman, who is annually one of the top paid U.S. law department leaders, will depart after almost two decades on the job at the iconic publicly traded company. Disney, grappling with the fallout from the coronavirus pandemic, is also refocusing its business strategy under new CEO Robert Chapek.

Disney could look externally for Braverman’s successor or promote from within the House of Mouse. The company employs a small army of in-house lawyers in its various business units and subsidiaries, including ABC Inc., ESPN Inc., Fox Networks Group Inc., Lucasfilm Ltd., Marvel Entertainment Inc., and Pixar Inc.

Braverman and Disney announced in July that he would step down once his employment agreement expires at the end of the year. He currently owns about $16.6 million in Disney stock, according to Bloomberg data.

Disney has made several personnel announcements this month, including appointing a new chief counsel for sports media giant ESPN, but as of mid-December had yet to publicly disclose a successor for its legal chief of nearly 19 years.

A total of 10 former Disney in-house lawyers, some of whom went on to serve as outside counsel to the Burbank, Calif.-based media conglomerate, spoke in interviews about the company’s plans to appoint Braverman’s replacement. All requested anonymity in discussing Disney matters as a means of preserving personal relationships, nondisclosure agreements, and client confidentiality.

The consensus was that Disney’s next legal chief is either a closely held secret or still has yet to be chosen. Of the several names mentioned as potential successors to Braverman, one stood above the rest: Bagley, who has held a variety of key legal functions during her two decades in-house at Disney.

Three individuals who once worked closely with Bagley called her a driven executive who has been keen on eventually moving into the general counsel chair. Bagley joined Disney in 2001 after working briefly at Rivio Inc. She started her career doing corporate and litigation work at Latham & Watkins and O’Melveny & Myers.

Her professional expertise is paired with a personal background that Bagley, a Harvard Law School graduate of Hispanic heritage, spoke about in a video on Disney’s website describing her experience as a “lesbian Latina.” Bagley has been a supporter of diversity in the workplace, which could benefit her potential candidacy to take over Braverman’s job, said three sources who once worked with her.

Many large companies are now looking to become more inclusive in their boardrooms and C-suites. Earlier this month, Disney tapped former Procter & Gamble Co. and Carlyle Group Inc. executive Susan Arnold to succeed its former CEO Robert Iger as chairman of the board. Chapek replaced Iger as CEO in early 2020.

Disney, Bagley, and Braverman didn’t respond to requests for comment.

Disney’s law department, which has hundreds of lawyers, provides a deep bench of other senior executives who could be promoted to replace Braverman.

The outgoing general counsel earned his law degree at night from Duquesne University in Pittsburgh before going on to work at a predecessor of Wilmer Cutler Pickering Hale and Dorr. Braverman also previously was a Disney deputy general counsel and the top lawyer at ABC, a television network it acquired in 1995.

Braverman was named Disney’s general counsel in early 2003 upon the retirement of Louis Meisinger, who in turn succeeded former legal chief Sanford Litvack in 1998. Litvack subsequently was promoted to executive vice president at Disney before leaving the company in 2000 and returning to a career in private practice.

Perhaps the most important criteria in selecting a new legal chief will be that individual’s relationship with Disney’s relatively new CEO, Chapek, who took charge just prior to the start of a Covid-19 outbreak that became a global pandemic and largely shut down the company’s theme parks, theaters, hotels, and cruise lines. 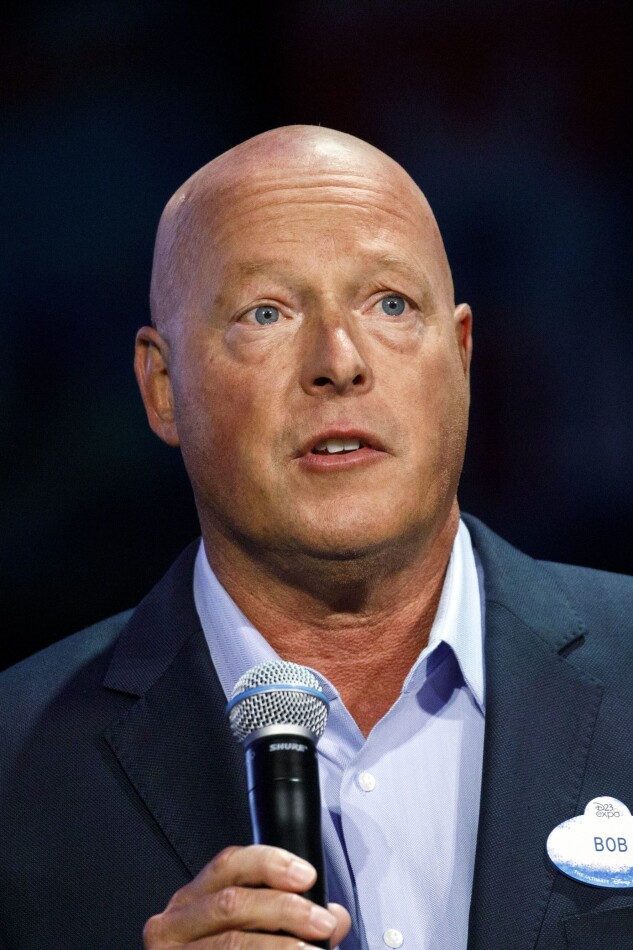 Chapek, who once headed Disney’s theme park operations, has been a controversial leader as he sought to reposition the company within the last two years toward new business lines. Chapek’s desire to focus on streaming has led him to work closely with Bagley in her role dealing with distribution legal, two sources said.

Disney, under Chapek’s leadership, was stunned over the summer when actress Scarlett Johansson sued the company over its decision to simultaneously stream the film “Black Widow” and show it in theaters. The payment dispute was quickly settled for undisclosed terms and both sides said they would continue to work together.

Chapek, Iger, and other top Disney executives, including Braverman, all received substantial reductions to their total compensation as part of pandemic cutbacks. Braverman’s pay package was initially cut by more than one-third from the roughly $14 million he earned in 2019, according to the company’s annual proxy statements.