As one of the most influential judges overseeing corporate America, spent more than two decades evaluating -– and frequently excoriating –- the nation’s largest companies. Now his sometimes cutting wisdom may be deployed on their behalf.

Strine, who stood down as chief justice of the last fall, is joining , the venerated corporate law firm whose client roster mirrors the S&P 500 as closely as any ETF.

Strine said his decision to join Wachtell came from a view shared by Martin Lipton, one of the firm’s founding partners, that corporate America has lost its purpose. 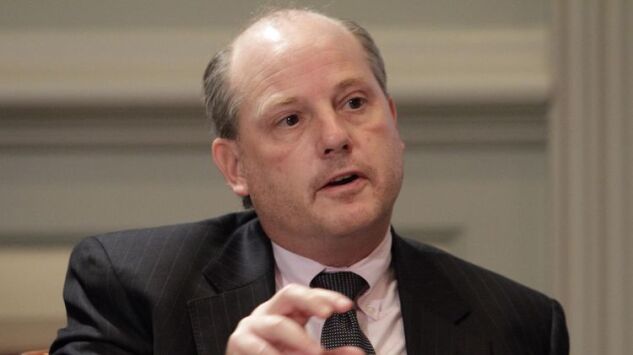 “Marty and I have a very similar belief that we need to restore the compact between corporations and society,” Strine said in an interview. “It has eroded and we need to move away from the idea that the value of a business is determined by its stock price.”

Strine has that companies need to do more good by protecting workers, instead of merely doing well for shareholders.

More recently, the former judge has written forcefully about an inherent defect of super-size institutional funds managing the retirement savings of millions of American workers, whereby their pensions, and the votes they confer, are used to support shareholder-friendly measures that are deleterious to the very same workforce.

While many of Strine’s positions on where corporate America should be heading have become increasingly mainstream, he is decidedly left of center on worker rights and leans much more toward a European model of giving employees not only more distribution of corporate gains, but also a voice on how those gains are pursued.

He recalled a conference on corporate governance he attended in the U.K.

“People had been talking woke stuff since 9:15 a.m. and it was 1 p.m. when I got up to speak,” Strine recalled. “I said, ‘I’d gone through this whole conference so far and heard a lot about enlightenment and responsibility but not one person had talked about worker equality.’”

While the Covid-19 pandemic has turbocharged the ills that shareholder primacy fosters -- leaving companies that have been profitable for years unable to survive a temporary shutdown -- the crisis presents an opportunity for lawmakers and business leaders to create a better way, Strine said. “This is a moment where some progress can be made toward returning to something that works for everyone,” he said.

Michael Kelly, former chairman of law firm and a political power broker in Delaware, said Strine has been criticized for his sometimes quixotic comments from the bench and his unwillingness to suffer fools gladly.

“Chief Justice Strine is no stranger to controversy, but his intellect and work ethic are superlative,” Kelly said in an interview. “I applaud his many efforts to remedy social injustice.”

In a 2013 chancery ruling in the MFW Shareholders Litigation, he modified how courts handle investor challenges to controller-led buyouts of companies by creating a more lenient review of such deals. Strine concluded they deserved a more relaxed standard of review if the controller can show that a strong special committee of independent directors examined it and a majority of minority shareholders voted to sign off on the transaction.

For the Wall Street dealmakers who Strine will be working with, perhaps his most influential decision was almost two decades ago, when he ruled that meat producer must with its proposed takeover of rival Strine’s opinion in that case became the basis for the way courts and corporations interpret the ability of a buyer to terminate a merger agreement.

Investment-banker conflicts of interest also have drawn the judge’s ire. Strine approved a $110 million settlement of investors’ challenge to oil-pipeline provider ’s buyout of rival . despite what Strine called the “disturbing nature of some of the behavior leading to its terms.”

–- El Paso’s financial adviser – had to forgo its $20 million fee as part of the settlement because of its ties to both companies in the deal. Goldman Sachs’s conflict was “real and potent, not merely potential,” Strine wrote.

Speaking about the appointment, Lipton praised Strine for his influence on corporate law, adding that his “unwavering commitment to a corporate law that is at once humane, efficient and reliable has placed him at the forefront of contemporary thinking about business organizations and their role in society.”