Law firms are likely to steer clear of hiring Andrew Cuomo for fear of reputational damage, according to some legal recruiters.
Jeenah Moon/Bloomberg

’s next act is a giant question mark.

In two weeks, he will as governor of New York and it’s not clear what he will do for a living or even where he will live. Unlike most politicians, who are able to score jobs at big-name law firms after public service, Cuomo is likely to find a chilly reception waiting for him as he leaves the executive mansion in Albany, according to legal recruiters.

“At this time, in light of the charges pending against him, I do not see a law firm looking to add him to their roster,” said Sheri Michaels, a partner at legal recruiter Major, Lindsey & Africa. “The reputational harm to the firm would be overwhelming.”

Cuomo announced Tuesday he would resign to avoid impeachment by the state legislature. He’s been accused of sexually harassing 11 women and creating a in his office. Cuomo has repeatedly denied doing so, but he still faces the prospect of potential criminal charges from local prosecutors in Albany and elsewhere, plus civil lawsuits filed by the women who have accused him of wrongdoing.

The governor’s office did not respond to requests for comment on what he will do next and where he will live.

Cuomo has worked in politics for most of his adult life, so he doesn’t have another career to fall back on. Late last year, he sold his house in Mount Kisco, New York, so his sole residence has been the governor’s mansion in Albany.

The three-term Democrat did, however, take in $5 million from a leadership book he wrote during the pandemic. He also stands to get at least $50,000 a year in pension benefits from the state, according to the Empire Center, an Albany watchdog group. The payment could potentially be revoked if he is convicted of a felony, the group said. 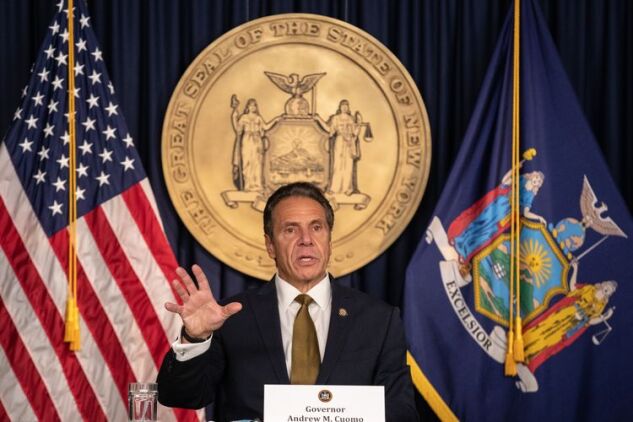 When his father, former Governor , left office in 1994, he became a partner with . But there is no guide on what career path a politician can take after stepping down due to a scandal.

, the former New York governor who resigned amid a prostitution scandal in 2008, briefly had a role as a media pundit and now runs Spitzer Enterprises, a family-owned real estate company. , the former New Jersey governor who resigned after admitting to extramarital affairs with a man he put on the state payroll, went to theological school and now runs a nonprofit devoted to helping ex-convicts re-acclimate to society.

Cuomo earned a bachelor’s degree from and a law degree from in 1982. He served as campaign manager for his father before beginning his career as an assistant district attorney in Manhattan, where he served from April 1984 to June 1985. He founded a nonprofit organization to fight homelessness, the Housing Enterprise for the Less Privileged, in 1986, and was named by New York Mayor to lead a city commission on the homeless in 1991.

That led to President naming him assistant secretary and then secretary of the and Urban Development, a role he was in until the Bush administration took over in January 2001. He then joined Fried Frank Harris Shriver & Jacobson, a white-shoe law firm in lower Manhattan. After that he briefly worked at ’ real estate firm in 2004 and 2005 before being elected New York’s attorney general in 2006. He served in that role until 2011, when became governor.

Cuomo is likely to face obstacles should he desire to return to law, the recruiters said. Some of the state’s top law firms were engaged in inquiries into Cuomo’s scandals, including Fried Frank, which was tapped to investigate the state’s response to the Covid-19 pandemic. The firm didn’t respond to emails seeking comment on Cuomo’s resignation or future career path.

“He will be considered poison or toxic for some time,” said Mark Jungers, a legal recruiter in Milwaukee with Lippman Jungers Bala LLC. “I believe that he will put feelers out to the law firms that he has had dealings with. I’m sure there are many and I’m sure many of them are very high-quality law firms but I don’t think any of them will touch him.”

Cuomo could find a path back to the legal profession if he is eventually cleared of the allegations against him, Jungers said, but it would still be very difficult.

“Best guess is he will get paid a great deal by a very wealthy supporter to be strategic adviser or the like, while plotting his next moves,” said John Kaehny, executive director for the watchdog group Reinvent Albany. “He’s going all out to depict himself as the victim of an out of control #MeToo movement and political opponents, rather than taking responsibility for being a governor who abused his power and the public trust.”

A return to politics may not be totally out of the question. Some Assembly members want to go ahead with impeachment regardless of Cuomo’s resignation and, if they vote to convict, block him from holding state-wide elected office. But if lawmakers decide to drop impeachment proceedings, Cuomo would be able to run for office again.

“In American politics and in American life generally, redemption is a big part of who we are as a people and you’ve seen it time and time again,” Jay Jacobs, chairman of New York’s Democratic Party, said in an interview last week.

While it may not mean “a return to elected office necessarily,” he said, it “would be a waste for all of his abilities to just lie dormant because of what happened.”

Cuomo also could turn to lobbying, given the people he has helped who potentially owe him favors, Jungers said.

“That’s just how politics works,” he said. “Right now he’s glowing green. Radioactive is kind of a word that one might use to describe him. At some point in time, maybe some of that wears off.”

To contact the reporters on this story:
in Federal Court in Manhattan at cdolmetsch@bloomberg.net;
in Arlington at bbaxter25@bloomberg.net