Cravath Swaine & Moore announced Tuesday it will match Davis Polk’s $23,000 special, one-time bonus, showing the firm doesn’t want to be edged by a rival in the race to give top awards to associates.

The special bonus brings the maximum possible award for senior associates at both of the firms to $138,000.

Cravath and Davis Polk, some of the largest firms in the U.S. by revenue, are viewed as compensation leaders even though associates at the two firms are unlikely to be the highest paid in the industry this year.

Cravath weeks ago was first to announce it would increase annual bonuses 15% this year. Firms like Cleary Gottlieb and Hogan Lovells were quick to match Cravath’s new scale of $15,000 to $115,000.

Davis Polk also was the first to raise associate base salaries and offer “pandemic bonuses” in 2020. 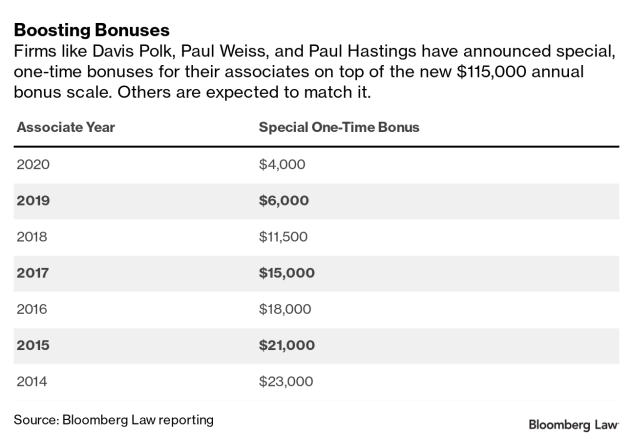 These bonuses could bring senior associate bonuses at Boies Schiller and Cadwalader to $253,000 and $265,000 in total, respectively.

Cravath has also previously announced it will move away from its strictly seniority-based partner compensation model.