Michael Heller thinks being a little boring is about to pay off.

Heller, the CEO of Cozen O’Connor, said the Philadelphia-based law firm purposely avoids the boom-bust recruiting cycle common among the industry’s largest players. Unlike many competitors, the firm also doesn’t pay out 100% of its profits to partners every year.

“We don’t want to be the firm that pays the highest salaries when times are great, terminates the associates when times are bad and then just keeps going through that cycle,” he said in an interview with Bloomberg Law. “We have always said to our partners ‘if you’re looking to make the most money you can in this world, you’re at the wrong firm.’”

Cozen’s focus on financial stability positions it to avoid layoffs and even expand during a looming recession, according to Heller.

“We’re growing,” he said. “We’ll take this opportunity if there’s a recession to spend a lot of money to continue to expand our business. We have the resources and the desire to do it, and we’re going to continue to do it.”

Heller, who has led Cozen for a decade, views the firm as “recession-resistant.” He said Cozen’s built-up cash reserves give the firm the ability to ride out downturns “for years and years.”

The firm is targeting growth in Canada, the West Coast, the Southwest, and Colorado, while keeping an eye on Big Law’s destination du jour: Miami. It’s also taking a page out of accounting firms’ playbook by investing in ancillary businesses, such as Cozen’s insurance recovery, lobbying, and e-discovery units, he said.

Heller is also urging partners to spend the firm’s cash on business development and branding opportunities. At an all-lawyer retreat in Orlando late last year, he said, his presentation to partners included a slide with a simple message: “Spend our money.” 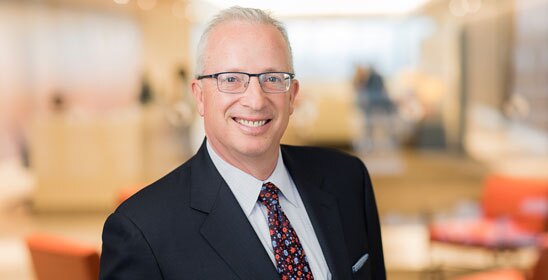 The firm’s most important objective is to grow revenue, according to Heller.

Cozen brought in $584 million in gross revenue in 2021, according to AmLaw data, making it the 77th largest firm in the country. It was the 86th most profitable firm, with profits per partner just over $1 million.

“We want to spend money to make money,” Heller said. “This is a revenue game. You can’t cut your way to prosperity.”

He’s never been as uncertain about the state of the legal services market as he is right now, he said.

Litigation will remain strong, he said, but corporate practices are likely to suffer so long as there’s uncertainty around the path of interest rate hikes by the US Federal Reserve.

“We’re headed into a recession,” he said.

The economic downturn—and a decline in revenue and demand from the 2021 peak—has led a handful of firms, including Goodwin and Cooley LLP to announce lawyer and staff layoffs.

Cozen has no such plans, Heller said. Even if the firm doesn’t match the soaring salaries and bonuses doled out by many firms during boom times, it also didn’t cut associates during the 2008-2009 recession or slash salaries when others scrambled to tighten their belts in the early pandemic panic.

“We’ve always taken the position that we don’t want to be the firm that will pay the highest salary when the times are great, terminate the associates when times are bad, and keep going through that cycle,” Heller said. “We culturally believe it is our fiduciary duty—our moral obligation—to provide a platform for younger lawyers to build a career whether it’s through a good economy or a bad economy.”

“The smartest service businesses in the country are accounting firms,” Heller said. “They get it. They understand they need to diversify the revenue streams of the company. They don’t distribute 100% of their profits every year. So, we are following to some extent a little bit more of that model.”

About 8% to 10% of Cozen’s revenue this year will come from ancillary business units, Heller said, adding that the businesses enjoy higher profit margins than the law firm.

Brian Gillam was named chief operating officer of those businesses last year, moving from his role as the firm’s chief financial officer. Gillam was tasked with growing those businesses, which are all 100% owned by the law firm, and seeking out new opportunities.

The firm has no plans to sell those businesses, Heller said, and will continue to invest in them as long as they stay profitable.

Heller said he often gets calls about possible mergers, but his partners aren’t interested in being acquired by a larger firm.

Even if law firms are getting better at pulling off combinations.

Firms are having better success in tie-ups, Heller said, by paying attention to more than just the economics of the deals. For instance, they’re spending time and money introducing partners to each other and their clients, and they’re giving both firms closer to equal shares of management positions.

“It’s clear size matters in the legal industry,” he said. “Consolidation is going to continue.”

Cozen isn’t a likely candidate for a merger of equals “right now,” Heller said. The firm will continue to look for growth in markets it’s entered, but still has less than 30 lawyers. That includes through “bigger acquisitions.”

The “future of the legal industry” in the US is entering “secondary or tertiary” markets like Charlotte, Minneapolis, Atlanta, or Pittsburgh, Heller said. For now, he’s bringing his growth attitude toward Canada, where he believes few middle market US law firms like Cozen have invested.

“We’re not dabbling. We’re going to go deep,” he said. “We have made a decision that we think our peers haven’t gone in yet, and we’re prepared to spend the money to do so.”