Cooley LLP has hired a three-partner team from Buckley LLP to represent financial services companies in regulatory enforcement matters and litigation, further building an in-demand practice that a year ago recruited its leading partners from Morrison & Foerster.

Michelle Rogers, Katherine Katz, and Joshua Kotin are the partners making the move from Buckley, where Rogers was part of the firm’s 2009 founding and previously served as a member of the firm’s executive committee. Katherine Halliday also joins Cooley as special counsel. The group defends traditional financial services companies and fintech clients in government enforcement actions and litigation.

Rogers, in an interview, said those hires helped lure the Buckley team to Cooley, citing the firm’s ability to grow “aggressively and successfully” in the financial services space.

“Their development of that practice a year or so ago really began to bring Cooley to the front of the financial services regulatory discussion and to see them really start to appear among our clients,” Rogers said.

By hiring partners from Buckley, Cooley taps a firm well-known for enforcement and investigations work in the financial services industry. Rogers is among the 12 highest-ranked lawyers in the practice, according to Chambers & Partners, which ranks law firm practice groups based on surveys and interviews with clients. Cooley is ranked as a Band 2 firm in the FinTech practice by Chambers & Partners, equivalent to a top eight ranking.

Rogers, Katz, and Halliday are based in Washington while Kotin joins Cooley’s fast-growing Chicago office. 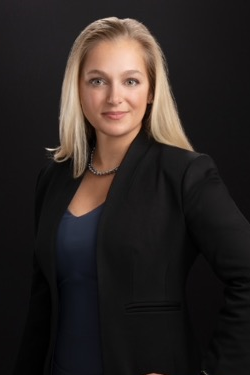 Founded in San Francisco, Cooley has ridden a wave of technology company clients to bring in more than $1.5 billion in revenue in 2020, according to AmLaw data. Its average equity partner earned more than $3.1 million the same year.

The firm in recent months has represented a stable of fintech companies, including personal finance app Truebill in its $1.28 billion sale to Rocket Companies in December. It advised crypto payment infrastructure provider MoonPay on its $555 million Series A financing round that valued the company at $3.4 billion November. Cooley also advised NerdWallet, a personal finance website and app, on its November public listing, raising more than $150 million.

“This has been a strategic priority for the firm because we believe very strongly that the [Biden] administration, Congress, regulatory agencies and state attorneys general will be sharply focused in the coming years on enforcement and investigations around financial services and fintech,” Mike Attanasio, Cooley’s litigation department chair, said in an interview.

Poindexter and Ruff said in interviews their practice had “flourished” since joining Cooley, and that the new group would provide a new type of expertise for Cooley clients, with its enforcement and litigation focus.

“There’s a lot to financial services, so there is actually potentially more growth as we assess the market and see whether there are any gaps in the offering,” Poindexter said. “But it’s a huge step in that direction toward providing that full, comprehensive set of services.”