Cadwalader Wickersham & Taft is doubling down on its strategy to grow on Wall Street—even as banks see a pandemic surge in trading starting to cool—rather than join rivals in jumping to new markets and locations.

“There are firms—some very successful, some maybe less successful—that have as their strategy world domination,” Quinn said in an interview. “We’re going to succeed by doing our thing, doing it the best we possibly can, rather than trying to borrow someone else’s strategy.”

The strategy comes with risk as financial clients must navigate rising costs to retain employees, potentially the steepest monetary tightening cycle since the 1990s and the ups and downs of the stock market. An expected bounce back in borrowing activity has yet to materialize, while trading declines were larger than expected in the last three months of last year.

Quinn said the firm is targeting the practices and places where clients need them, which led Cadwalader to a banner year in 2021.

The firm advised on major real estate and other transactions, like the $950 million refinancing of the 1290 Avenue of the Americas building in Manhattan, a $3 billion deal involving One Vanderbilt just a few blocks south, and Forbes Global Holdings’ $630 million special purpose acquisition merger.

Cadwalader, which traces its lineage back to 1792, making it one of Manhattan’s oldest law firms, saw revenue jump 35% to $609 million last year, and profits per equity partner soared by 72% to more than $4 million.

That marked a rebound for Cadwalader, which saw declines a year earlier as other firms cashed in on record-breaking business activity.

PODCAST:The SPAC boom was incredibly lucrative for Big Law in 2021. Roy Strom and Ruiqi Chen break it down.

Some firms have been using the market boom to grow new lines of business in hot spots like California and Texas and set up shop in less expected locations like Salt Lake City, Utah and Denver, Colorado.

It may work for those firms to be “everywhere there’s clients” and aim to capture work and grow their firms that way, but that’s not Cadwalader’s strategy.

Cadwalader is also building out its litigation arm, with the goal of getting to a 60%-40% split between transactional and litigation work.

“Litigation fits very much within that strategy of bringing on very high-quality litigators who work on the kinds of cases that our clients would look to Cadwalader for,” Quinn said. 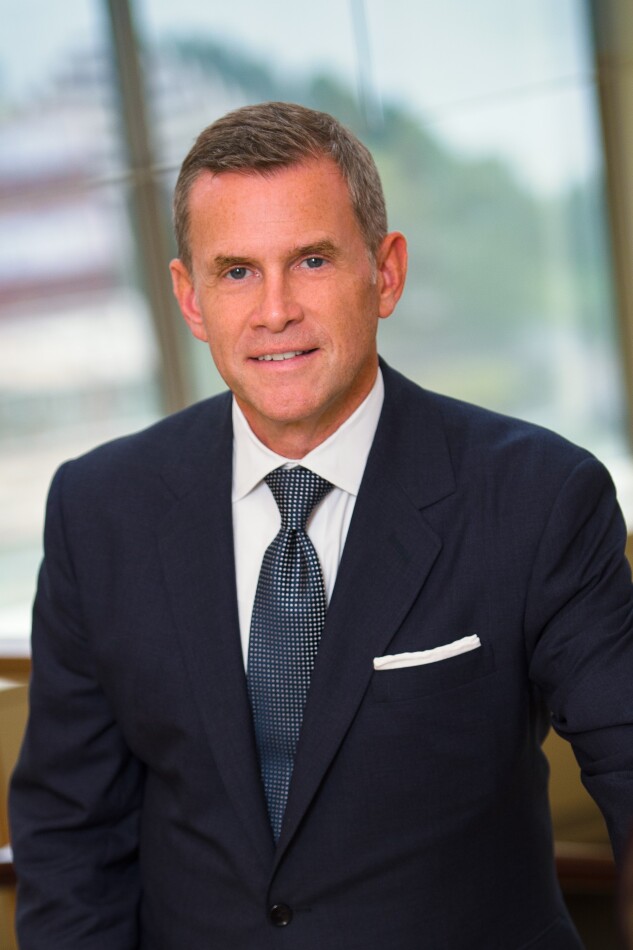 He said the build out started in 2016 when the firm rehired former partner Jason Halper from Orrick Herrington & Sutcliffe, who now serves as co-chair of Cadwalader’s global litigation group. Three years later, the firm brought on Sean O’Shea, a former federal prosecutor in Brooklyn who chairs Cadwalader’s trial practice group.

Over the last year, the firm has represented the likes of Kraft Heinz Food Co. in antitrust litigation and McDonald’s Corp. in a lawsuit accusing Tyson Foods Inc., Perdue Farms Inc. and other poultry producers of conspiring to fix chicken prices.

Gravante has also reportedly been representing Matthew Calamari, the chief operating officer of the Trump Organization, who was under investigation by the Manhattan district attorney.

Unlike some other Wall Street firms, Cadwalader is willing to go to trial and open to taking on plaintiff’s side work in the right situation, said Quinn, who started at the firm as a summer associate more than three decades ago. Litigation currently accounts for about 30% of the firm’s work.

Gravante unsuccessfully pushed a merger between Boies Schiller and Cadwalader before jumping firms. Cadwalader was also reported to be in talks at some level about a possible tie-up with King & Spalding in 2016.

Quinn said the firm is open to growing its litigation group through an acquisition, but it doesn’t currently have specific plans to do so.

The firm also has no interest in joining Big Law’s race to plant a flag in various cities across the country.

“We want to be the best type of Cadwalader, not the best Sullivan & Cromwell,” Quinn said.

“We’ve always thought that you needed to be in certain locations because your clients needed you to be there,” Quinn said. “But short of that, there wasn’t a reason to be all over the globe and I think that continues to be true.”

Cadwalader was one of the first law firms to announce last month it was matching Milbank’s new associate salary scale, which increases pay $10,000 for first-year associates to a level of $215,000. Midlevel and senior associates saw their pay increase $20,000 to $385,000, for the most senior lawyers.

Quinn called the decision to ratchet up salaries “pretty easy,” but he added that the firm has to do more than keep up with top-of-market pay rates in the war for talent. There has to be a feeling that the firm is investing in its lawyers, going beyond formal training programs, he said.

Quinn cited the firm’s sponsorship program, which is aimed at improving diversity in Cadwalder’s upper ranks through hands-on mentorship and targeted training.

Roughly 6% of the firm’s partner promotions were female or non-White before the program was implemented in 2013, Quinn said. That figure has since jumped to about 50%.

In January, the firm had one of its largest promotion classes in 15 years, elevating nine new partners and 23 new counsel promotions. The group is 47% diverse, according to Cadwalader.

The new partners and the firm’s 400-plus lawyers will continue to have plenty of work to do, Quinn said. Despite some economic uncertainty, inflation concerns and a possible rise in interest rates, Cadwalader isn’t planning for a slowdown.

“Frankly, as far as we can see out on the horizon, it looks like it’s going to be another busy year,” he said.