Justice Stephen Breyer is pictured at a 2015 hearing before the House Appropriations Financial Services and General Government Subcommittee.
Pete Marovich/Bloomberg

A progressive group has started a campaign to pressure a sitting Supreme Court justice to retire so a Democratic president can replace him, the first step in a broader effort to focus the party’s attention on the judiciary -- the way Republicans have for decades.

Yet so far, few Democratic lawmakers are joining the calls for 82-year-old Justice to step down.

The group, Demand Justice, is using social-media hashtags to get its point across, and also drove a truck-mounted electronic billboard around Capitol Hill last month, urging Breyer to retire. 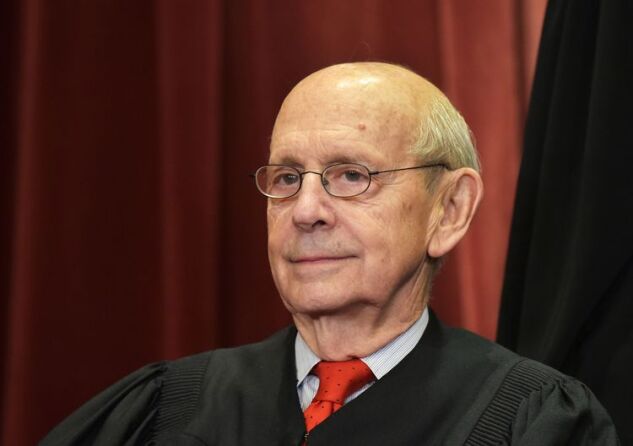 “I don’t suspect that Justice Breyer is going to look out the window of the Supreme Court and see one of our trucks driving by and say, ‘They’re right! I should retire now!’”

Instead, Kang said he and co-founder , press secretary for ’s 2016 presidential campaign, want the group to focus liberal voters on the “importance of every single vacancy, and the need to start building a more enduring bloc on the court.”

To that end, they launched a $2 million campaign in 2020 to engage progressive activists on high-court vacancies. They also ran ads and held organizing events after then-President nominated to replace the late Justice , including a campaign to expand the number of seats on the Supreme Court, which the Biden administration is studying.

Since the Reagan administration, Republicans have made GOP voters care about building and maintaining a conservative judiciary. The , a conservative legal network, helped craft a list of ready-to-nominate jurists that Trump touted during his first presidential campaign and used to select Justices Barrett, and . That effort has yielded a 6-3 conservative majority that could take decades for Democrats to reverse.

Democrats had no such grass-roots effort with voters or with judicial-minded think tanks before 2020, except to sound the alarm when a confirmation fight was brewing, like after Ginsburg’s death in September.

“It’s about reminding people that the Supreme Court is an inherently political institution. And in this moment, when we have a 50-50 Senate, part of this is about preserving Justice Breyer’s legacy and making sure that he’s succeeded by a like-minded justice,” Kang said.

The court may have helped focus those efforts by agreeing to consider a Mississippi law that bans most abortions after 15 weeks of pregnancy, sparking concern about the future of legal abortions under the landmark 1973 Roe v. Wade case. A decision would likely come just months before the 2022 elections, and could upset both parties’ calculations that the midterms would focus on President ’s economic agenda.

The Breyer push is intensifying as the Supreme Court nears the close of its term, scheduled for late June. Retiring justices in recent decades have tended to make their announcements once the court has recessed for the summer.

Ginsburg resisted public entreaties to retire while Democrat was president. She died less than two months before the 2020 election, at age 87, and was quickly replaced with Barrett. Ginsburg is one of three justices -- along with Justice in 2016 and Chief Justice in 2005 -- to die while on the court in the past two decades.

Progressives hope Breyer can be persuaded to step down so Biden can appoint his successor while he still has a Democratic majority in the Senate, an advantage he may lose after the November 2022 elections.

If Breyer were to retire or die under a Republican-led Senate, Republican leadership could leave the seat open rather than let a Democratic president fill it, as they did in 2016 after Scalia’s death.

The outside pressure campaign is unusually high-profile for the judicial branch, an arena of U.S. politics where hardball tactics have been rare.

“Justice Breyer is wonderful,” Huffman wrote on Twitter in early May. “But for goodness’ sake HE SHOULD RETIRE NOW.” 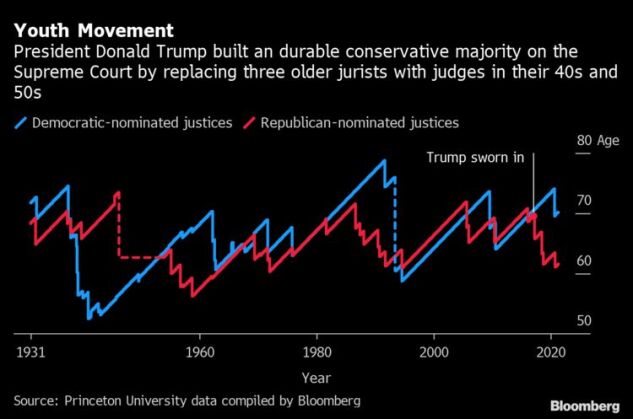 Connecticut Democratic Senator , a member of the Judiciary Committee, was more subtle, telling the Washington Post in April that he hopes Breyer is considering the “political reality.”

“Elections always have risks, so hopefully he’s aware of that risk and he sees it accordingly,” .

“It’s such a ham-fisted attempt at strong-arming a justice,” said , president of the conservative Judicial Crisis Network. “It’s inappropriate and counterproductive if you want the person to retire. I’m not sure why they think this is a good move, unless it’s to rile up the base.”

Molly Coleman, executive director of the People’s Parity Project, a group pushing for a more diverse judiciary, said the most effective lobbying probably happens behind the scenes, with former clerks or other friends gently raising the issue with Breyer directly.

“It’s an important role that former clerks can play, talking to justices about the political environment outside the courthouse,” she said. “But you’re not going to find a bunch of Justice Breyer’s former clerks screaming from the rooftops that they want him to retire.” 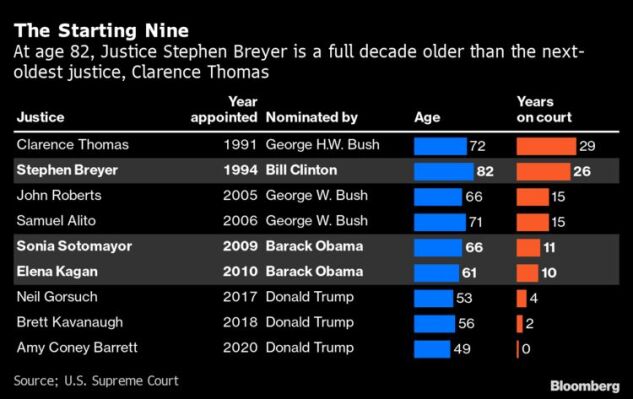 White House Press Secretary said in April that Biden believes justices should decide on their own whether to retire, although she also declined to publicly urge progressive groups to stop pushing him.

Yet some court observers see an indirect effort afoot in Biden’s pick of former Breyer clerk to replace Attorney General on the influential federal appeals court in Washington.

Biden pledged during the 2020 campaign to name a Black woman to the Supreme Court, and Jackson, currently a U.S. District Court judge, is widely considered a top pick. Her nomination would echo recent choices of former clerks. Gorsuch clerked for Justice , and his nomination in 2017 was seen as encouragement for Kennedy to retire.

When Kennedy did step down he was replaced by another of his clerks, Kavanaugh. A 2019 book by Washington Post reporter alleges that Kennedy privately suggested Kavanaugh to Trump.

But Coleman said Breyer, who often argues that the court shouldn’t be viewed as a political institution, would bristle at anything too overt.

In a speech in early April sponsored by Harvard Law School, Breyer argued that judges shouldn’t be classified as “liberal” or conservative.” He also warned against changes to the court that would further polarize public opinion.

Nominated by President in 1994, Breyer won Senate confirmation on an 87-9 vote, a margin no nominee has approached since as the selection process has grown increasingly partisan.

But Breyer is also a pragmatist and consensus-builder willing to join his conservative colleagues at times in narrowly crafted opinions. His dissents tend to be less pointed than those of his liberal colleagues or Ginsburg.

History suggests that any lobbying effort is unlikely to work.

Loyola University law professor Christine Chabot, who’s researched Supreme Court retirements, said that in 10 of the last 17 times a justice had an opportunity to step down and ensure they would be replaced by a like-minded successor, they declined.

“Justices are human,” she said. “It’s difficult for them to project what might happen when they die. Until then, they have a very powerful and rewarding position.”