In the wake of George Floyd’s murder and the social justice movement, expectations ran high that we’d see real improvements in the numbers for Black partners and associates. That didn’t happen, judging by NALP’s latest diversity report. So where’s all the momentum?

Judging from the headlines about the National Association for Law Placement’s diversity report, you’d think everything is going swimmingly in Big Law’s Diversityland. “Biglaw’s Most Recent Summer Associate Class Was The ‘Most Diverse Ever,’” gushed Above the Law. Other publications, including Reuters and Law360 blazed similar headlines, suggesting that the most recent summer associate class was a game changer.

The reason for all this buzz is that there was almost a 5% spike in the number of diverse summer associates last year. As NALP described it, “this summer associate class was the most diverse ever measured in every way, and it holds the promise of a law firm world that is truly more diverse, equitable, and inclusive.”

A bold assertion. And an even bolder aspiration. But here’s the rub: While that 5% jump is indeed spectacular, the gains made by Black lawyers in the past year have been modest—even paltry. In every key category—partners, associates, and summer associates—the rate of increase for Black lawyers and would-be lawyers failed to reach the 1% mark.

In this case, the bold proclamations on diverse lawyers reflected progress largely made by Latinx and Asian lawyers.

Consider these findings from that NALP report:

And what were the numbers for Black law students in that much touted 2021 summer associate class? Though Black law students represented 11.14% of summer associates (compared to 8.81% for Latinx students and 16.08% for Asian students), their rate of increase was only 0.69% from 2020 to 2021, below the 1.08% rise for Latinx students and the 2.22% rise for Asian students. 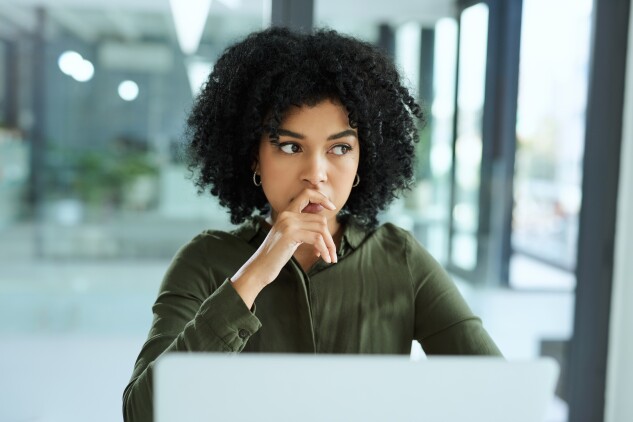 Considering all the soul searching about race and the impassioned statements by Big Law on social justice in the last two years, expectations ran high that these numbers would show greater improvement. I don’t think anyone expected instant parity but an increase of 0.5% in Black partners, 0.1% in Black associates, and 0.69% in Black summer associates seems shockingly meager. So what’s the takeaway from this report—hope or dejection?

The short answer is probably both.

“I’m often accused of negativity but this is an exceptional summer class,” says James Leipold, the executive director of NALP. “I think 2020 changed things—that 5% jump is extraordinary. It shows Big Law’s effort at recruiting.” Though Leipold says he’s generally “optimistic” about the report, he adds he feels “mixed emotions” because the statistics remain “abysmal for Black lawyers and minority women.”

Among some Black lawyers, even the ones who profess to be optimistic, there’s a sense of weariness and deja vu.

“I’m naturally optimistic but I’m also a realist. When it comes to crises, DEI efforts take a back seat, and the group that loses is Black lawyers,” says Robert Simpson, a litigation partner at Carlton Fields in Hartford, who’s active with the National Bar Association, the oldest national organization of Black lawyers. “We saw it during the recession and the pandemic.” But Simpson adds that he had hope that this moment would be different. “In light of George Floyd, one might expect to see greater increases across the board.”

Arguably, we pinned too much hope that the last two years would dramatically alter the course of Black lawyers.

“Did you really think seeing George Floyd murdered before our eyes would change 400 years of racial discrimination?” asks Scott Bolden, a white collar partner and former DC office managing partner for Reed Smith, who emphasized that he’s speaking for himself and not the firm. “I’m not surprised by the incremental progress. Whether it’s law, accounting or Wall Street, we make it hard for Black and brown people to succeed.”

Grace Speights, the global leader of Morgan, Lewis & Bockius’ labor and employment practice, says she feels there is momentum for change. “I do believe that the experience of Black and diverse lawyers is different. And with George Floyd, it was the first time people started to look at race and understand the difference.”

Speights says she’s “optimistic” for the future of Black lawyers because of the progress she’s seen at her firm. “In 2019, we had 17% Black summer associates; in 2020, it was 25%; in 2021, it was 19%,” which, she notes, “all exceed NALP’S numbers [for Black summer associates]. And when you consider that we have big acceptance rates, it makes me hopeful and optimistic that the pipeline should produce results. Hopefully we’ll see a difference in seven to eight years.”

Wait another seven to eight years to see significant results? As someone who’s been covering race in Big Law for two decades and seen scant progress, particularly for Black lawyers, my patience is running awfully low.

Another concern: If there’s no sense of urgency now, what hope is there that Big Law will ever fix the problem?

“This is the golden era for increasing diversity,” says Simpson, noting the confluence of remote work and a robust legal market. “Law firms now have the opportunity to recruit lawyers from everywhere. They can’t say that there are no Black lawyers in their area because they can recruit from all over the U.S.” He adds a cautionary note: “There’s interest in DEI and Black lawyers but that window is closing. The moment hasn’t passed but it is passing.”

Bolden says he doesn’t believe in the concept of the closing window. “I don’t expect those incremental improvements in diversity numbers to change overnight.” Despite the slow pace of change in Big Law, he says the social justice movement has netted progress: “Giving to historically Black colleges has never been higher, and there are more Blacks than ever sitting on corporate boards. It’s a good time to be Black—but this present moment has been in 400 years in the making.”

And yes, Bolden says he believes George Floyd has made a difference. “It has presented enlightenment to many of my colleagues,” he says. “For people who don’t look like me, welcome to the struggle!” He adds, “I celebrate all increases in diversity but it’s still a struggle.” His message: “We have to keep grinding on the issue.”

Indeed, there’s no other option but to grind away. But it’s exhausting.