Kirkland & Ellis is among firms that are cutting their attorney headcount amid the downturn.
Erik McGregor/LightRocket via Getty Images

Big Law associates just months ago were hot commodities—they had the luxury of choosing between major firms who offered to let them work and live wherever they like and dangled hefty signing bonuses.

Now some are out of jobs.

The hiring frenzy has swiftly turned to an anxious moment for junior lawyers. News of recent layoffs at highly profitable firms is slowly seeping across the industry. There are warning signs that the pressure to cut headcount will only grow in the New Year.

There’s no consensus on how many firms will make layoffs and how deep the cuts will be, other than that few expect a Great Recession-style bloodletting. The moves so far appear to be limited to correcting over-hiring that occurred during the boom, industry analysts and recruiters said.

“The firms that are seeing the biggest impact are the ones that over-hired last year and now that work has slowed,” said Summer Eberhard, a partner at Major Lindsey & Africa who recruits associates. “They hired so many attorneys that they don’t have the work to give them and so hours are extraordinarily low.”

Cooley LLP recently laid off an unspecified number of lawyers, mirroring the cost-cutting moves taken by Big Tech clients the law firm is known for representing.

Kirkland & Ellis, one of the best-performing firms and biggest hirers during the boom time, has also cut midlevel associates in recent months, according to sources familiar with the matter. One associate, who spoke on condition of anonymity, said he was laid off in September with a severance package running through the end of January.

Cooley and Kirkland said the cuts were results of an annual review process. Sources familiar with both firms, including associates, described the cuts as responses to a precipitous drop in demand for work this year in major product areas including initial public offerings and mergers and acquisitions.

News of more layoffs is likely. Sources say the list of firms that have already laid off attorneys is longer than what’s been publicly reported so far.

Profit will remain under pressure at law firms until major practices like capital markets, M&A, and real estate recover. A glimmer of hope on that front came this week when October’s inflation reading came in lower than expected. Equity markets ticked up on the news, an important first step in any eventual recovery of IPOs and major mergers.

Much of the law firm financial year is already baked in, making it unlikely that last-hour layoffs would boost profit, especially since broad layoffs would likely require severance packages. Partners at many firms are expected to take home smaller profit shares than last year, something they’ve not experienced in a decade. 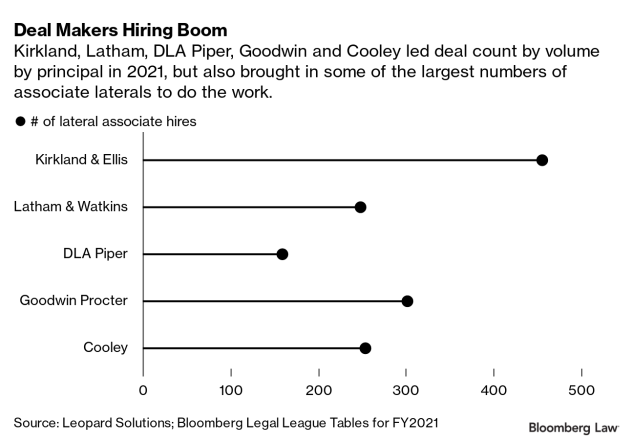 If the work continues to slow, firm management could be “under immense pressure” to cut headcount “much the same as in 2008-09,” a Thomson Reuters report said this week. Profits per lawyer were down nearly 3% from the previous quarter, the report said, while noting most firms continue to operate in a “business-as-usual environment.”

That means broader layoffs could happen during the start-of-year review process at most firms.

“As firms conduct their normal review process in January, there is always the ability to be a bit stricter than you might be in boom times,” said Tom Sharbaugh, a professor at Penn State Law who was the managing partner of operations at Morgan Lewis & Bockius for 15 years. “But it’s too early to predict doom and gloom.”

Law firms are loathe to admit to laying off lawyers and often couch any reductions as performance related. So-called “stealth layoffs” are an effort to avoid recruiting backlash.

Firms are strategic about positioning cuts around review processes, and using language that leaves the associates themselves questioning whether they were let go for financial or performance reasons.

The former Kirkland associate said his colleagues were concerned about possible cuts going into review season in September. Hours had dipped significantly across his office, he said.

The associate billed “well above 2,000 hours,” in each of the last two years, he said. This year, he was on pace to dip to around 2,000 hours. In the review, he was handed a separation agreement that included severance pay through the end of January and told that is when his lawyer profile will be removed from the firm’s website.

The associate said people around the firm called the cuts the type of “up or out” trimming that hadn’t taken place during the pandemic boom times. He didn’t buy that explanation, and felt the layoffs were due to a difficult business environment.

Firms learned a hard lesson following mass layoffs during the Great Recession: It poked holes in talent development that took years to fill.

Layoffs hollowed out associate classes and prolonged recoveries to a more regular leverage model. It eventually led to a scramble for midlevel and more senior corporate associates, who’d become a rare commodity.

“That was a multi-year debacle,” said Wendy Schoen a legal recruiter based in New York. “The public relations hit alone for firms was devastating. Then you add on top of that the manpower hit, which took a decade to come back from.”

“No one wants to go through that again,” she said.

That lesson is fresh in the minds of managing partners who scrambled to find enough lawyers to meet a surge in demand during 2020 and last year. The surge came after the extreme uncertainty of the early days of the pandemic, when law firms took cost-saving measures such as suspending partner draws but largely avoided layoffs.

“When law firms really got hurt financially at the start of the pandemic, they did everything they could to protect their people,” said Ralph Baxter, a longtime chair of Orrick Herrington & Sutcliffe who now advises law firms and legal technology companies. “They did things less severe than layoffs. And then their worst fears weren’t realized.”

Firms were quickly rewarded for not laying off associates during the pandemic. Easy-money policies led to a frothy IPO market and record M&A work. It’s unclear if there will be such a swift boom in work, but law firms have at least recently learned that having associates available in a pinch can pay off.

Most industry insiders do not see the current environment as anything close to as challenging as the last recession that triggered widespread layoffs.

They assume there’s no global financial crisis lurking around the corner. Instead, any recession is seen as an effort to tamp down the economy to control inflation.

Most firms have not discussed across-the-board cuts to address overcapacity, even if they’re looking to cut lawyers and practices that have underperformed for years, said Kent Zimmermann, a partner at law firm consultancy Zeughauser Group.

“It could happen, but that’s not where most firms are headed so far,” he said.

Even if the economy slips into a severe recession, it’s not certain law firms will engage in mass layoffs, said James Park, a professor at UCLA School of Law. That’s because they’ve struggled to retain midlevel and entry-level associates as the pandemic changed lawyers’ work-life preferences. Even as work surged last year, many firms remained conservative in hiring, he said.

“They need associates and I think they’re still going to need associates,” Park said. “Given that reality, I have some hopefulness that we won’t see the sort of adjustment we saw the last time around.”