A view from a beach in Maui, Hawaii.
Photographer: Jamie Squire/Getty Images

Those implorations might sound like the e-mail sign-offs that have grown, somewhat distressingly, familiar due to coronavirus.

But on Thursday, that was the mantra Brian Israel asked about 400 Arnold & Porter lawyers, staff, and their families to focus on during an unlikely law firm connecting post, a daily meditation he leads via conference call from his home. The callers mostly come from the U.S., but Israel has seen numbers phone dial in from as far away as London and Shanghai, where his firm has offices.

“As you repeat these phrases, let the feelings of loving kindness permeate your body and mind,” Israel told the virtual crowd in a quiet, slow voice following a deep-breathing exercise.

The Washington-based chair of Arnold & Porter’s environmental practice, Israel began channeling meditation master Deepak Chopra after the law firm’s offices largely emptied out to help halt the spread of Covid-19. His daily 15-minute meditation, which launched March 20, has been a way to connect with lawyers and staff while they are working remotely, and it has helped relieve stress, he said.

Big Law is facing a precarious moment. Not only are most law firms working almost entirely remotely, but many firms are slashing associate and salary pay and asking partners to delay their capital distributions. Coronavirus has led to anxiety about billable hours, but also more basic concerns about health and safety—something Israel’s sessions seek to address.

Under normal circumstances, Israel is known for his work representing companies in big-ticket environmental litigation. He was one of BP’s lead lawyers in its defense against Natural Resource Damages claims related to the Deepwater Horizon oil spill. But his firm has learned about a different side of Israel since he sent out a firm-wide e-mail announcing the daily meditation (he had received leadership’s sign-off first).

Israel’s history with meditation began no more than a few of years ago. But it kicked up a notch last year when he and his wife spent a week in Hawaii at a retreat led by Chopra (similar events start at $5,500).

That’s where Israel learned much of what he brings to the conference call. For his part, Chopra held a free, live meditation that he said surpassed 1 million online streamers last week. 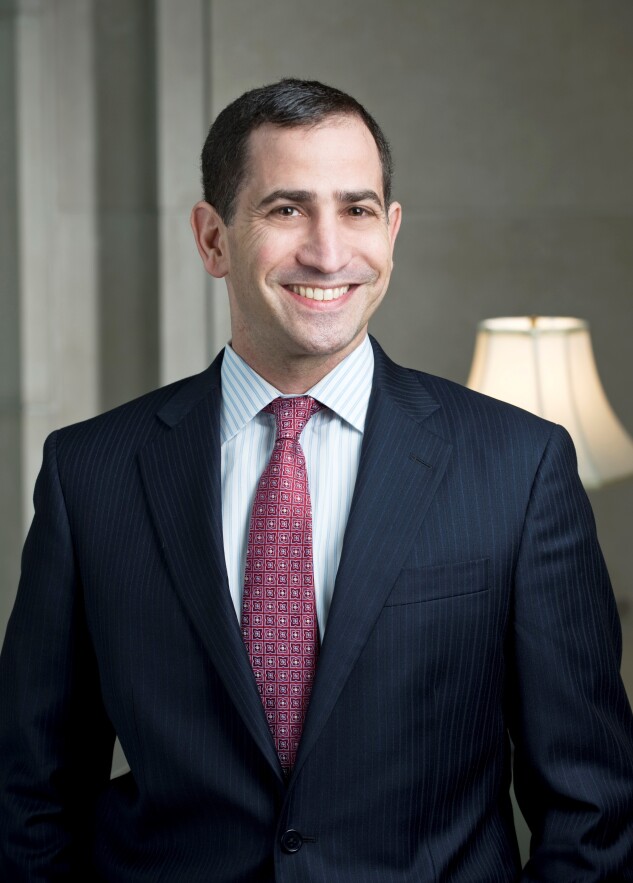 “It’s not just off the cuff. He prepares for each one,” said Sol Rosenthal, a Los Angeles-based Arnold & Porter counsel who has been starting his work days with Israel’s call. “I think it is very admirable and he’s doing a very good service to the people in the firm and the other people who listen in as well.”

Israel said he had led meditations for family and for his environmental practice, but never anything near the scale of 400 people. Some listeners have already asked him to continue the sessions even when normal office life resumes.

“There is a lot of uncertainty. And people are, I think, afraid,” Israel said. “To try to let go of the things that are causing us to be afraid and to just for a minute be together, be relaxed, and be calm has been great.”

On the Thursday meditation, Israel quoted Mother Teresa, saying, “Let no one ever come to you without leaving happier.” That ideal may be hard to achieve in an adversarial court system. But Israel said he tries to “disagree without being disagreeable,” a stance he said more litigators are taking during a time of human crisis.

While much of Israel’s meditation may seem like a change from the often hard-charging hallways of Big Law, one aspect of his daily calls hews close to a fact of lawyerly life: its precise timing. He never starts late and never runs more than 15 minutes. He said the No. 1 mantra for the calls is: “Start on time. End on time.”

Including the un-muted chorus of “namaste” that ends the call, Thursday’s meditation lasted three seconds short of 15 minutes, according to an unofficial timing.