Participants take part in an event where they play the games of Netflix smash hit "Squid Game" at the Korean Cultural Centre in Abu Dhabi, on Oct. 12, 2021.
(Photo by GIUSEPPE CACACE/AFP via Getty Images)

The word “meta” has evolved into online gamer talk for using knowledge of a game to cheat other players, in addition to serving as a buzzword for being self-referential. So the week that Facebook changed its name to Meta was exactly the right time for the hit series “Squid Game” to inspire a crypto token sale that soon turned out to be a scam to cheat would-be players of an online game based on the show. Remarkably, the Squid Game scammers actually showed an understanding of the SEC’s crackdown on token sales since 2017 and recent crypto developments such as decentralized finance (DeFi).

The boom of the token sale was as meteoric as the rise of the series itself, and so was its bust. The Oct. 26 launch of the sale of SQUID tokens became an overnight sensation, with the tokens rocketing in value more than 230,000% (!) by Nov. 1. Then, the value of SQUID plunged to almost nothing after the token sale website disappeared, revealing the game and the associated token sale to have been a fraud. 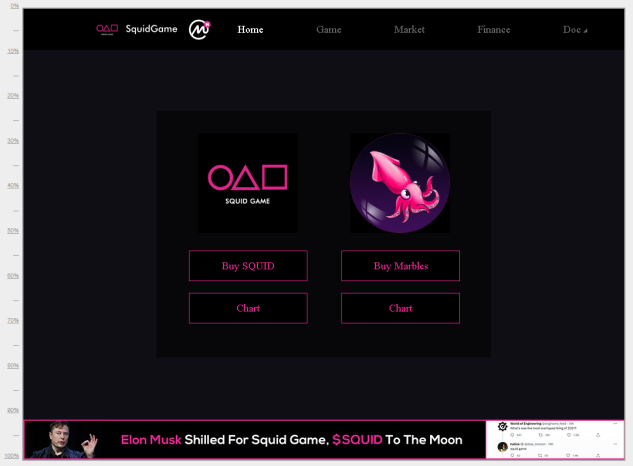 The SQUID token sale website was so amateurish in appearance that it is difficult to believe that anyone (e.g., a news reporter) could have seen it as genuine. But despite its simplicity, the site appears to reflect an understanding of the SEC’s enforcement actions against similar sales since 2017. The sale marketed SQUID as a utility token for playing an online game, not as an investment. As a result, there is a strong argument that SQUID is not a security under the Howey test that the SEC has applied to crypto token sales since 2017.

The website referred to profiting from owning SQUID, but so vaguely that whether the reference brought the scheme into the realm of securities is questionable. A banner declaring “Elon Musk Shilled for Squid Game, $ SQUID To The Moon"—referring to the tech billionaire famous for pumping up the value of Bitcoin and Dogecoin—obviously touts the value of SQUID shooting upward, but promises nothing to buyers.

An option to “Buy Marbles” offered an opportunity to earn more tokens by “staking,” a concept from the emerging field of DeFi that involves committing crypto tokens into a smart contract and earning rewards. Including a DeFi offering showed an awareness of emerging crypto concepts by the fraudsters, but it is not yet clear whether Marbles or any smart contract actually existed—making the DeFi option possibly no more than a fraud within a fraud. (That’s so even more meta.)

“Squid Game” has captured the entertainment world’s attention, and the SQUID game token sale should get the attention of the legal profession. It features two of the leading legal problem areas in the application of the securities laws to crypto assets—token sales since 2017, DeFi now—wrapped in a fraud case that is still developing, with key facts still undiscovered.

Bloomberg Law subscribers can find information on U.S. federal and state regulation of token sales, DeFi, and other crypto activity on our Fintech Compliance resource.