Private equity M&A sales continued to outpace private equity buyouts, but both were lower in dollar volume through third quarter this year compared to 2018. Mega deals have slowed compared to last quarter. Overall, targets from the consumer, non-cyclical sector were still the most popular in the U.S., possibly serving as a refuge as economic concerns rise. 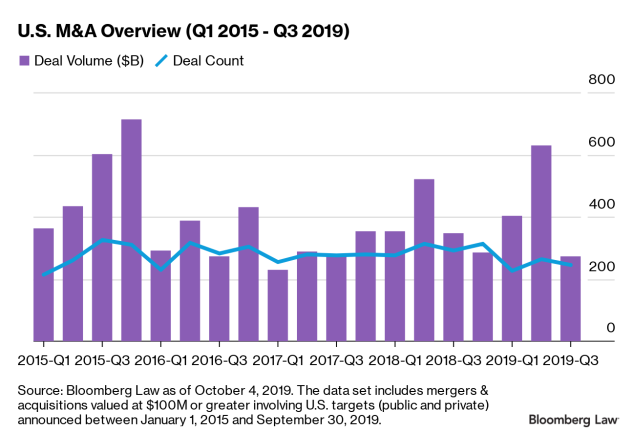 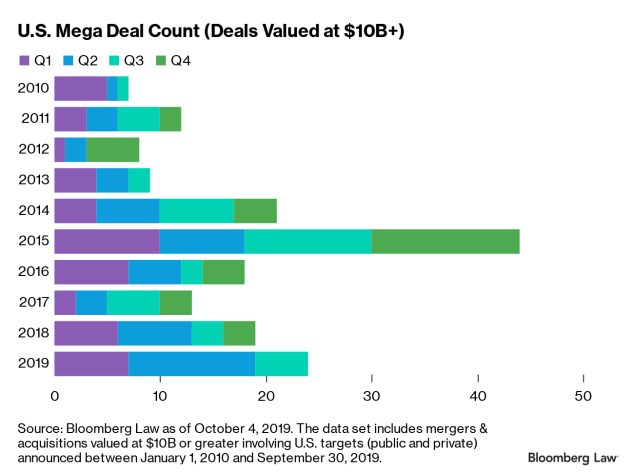 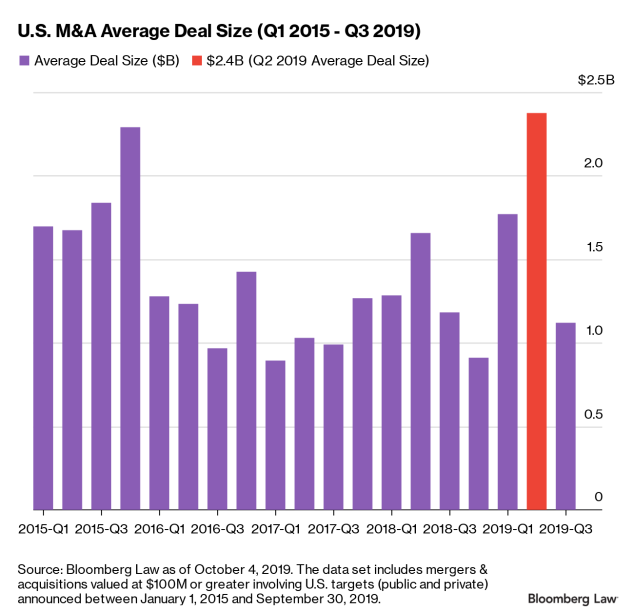 By volume, the large market (deals valued between $1 billion and $10 billion) also shrank significantly, losing 33% of its value over the last quarter: from $159 billion in the second quarter to $107 billion in the third quarter. The middle market (deals valued between $100 million and $1 billion) suffered the least, with a loss of 4% in volume from second to third quarters.

Private Equity Deals are One-Fifth of the M&A Market 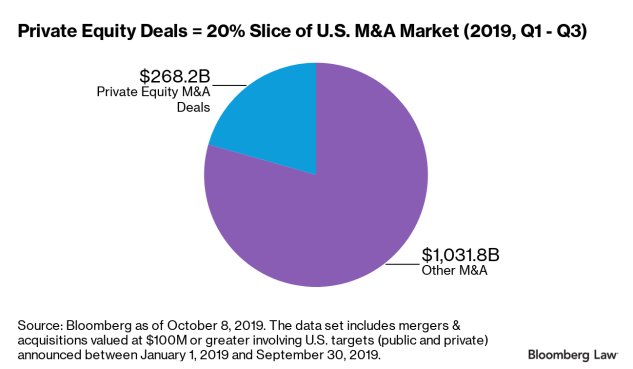 While a one-fifth slice of the U.S. M&A market, representing $268 billion dollars in announced deals through the third quarter, is a large one, private equity’s share was greater last year. In 2018, one quarter of the M&A deals announced in the U.S. were private equity deals. If 2019 private equity volume fails to catch up to last year in the fourth quarter, 2019 will be the second year of this downward trend. 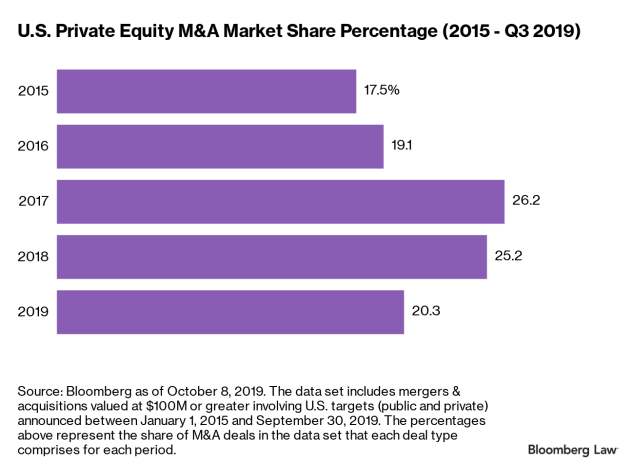 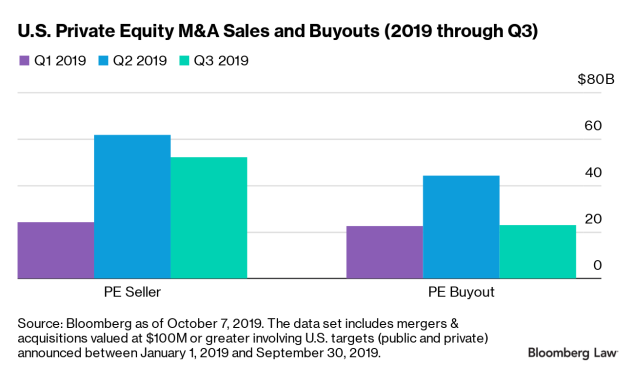 M&A deals involving private equity sellers have consistently achieved a larger deal volume than private equity buyouts in recent years, and 2019 is on track to continue this trend. 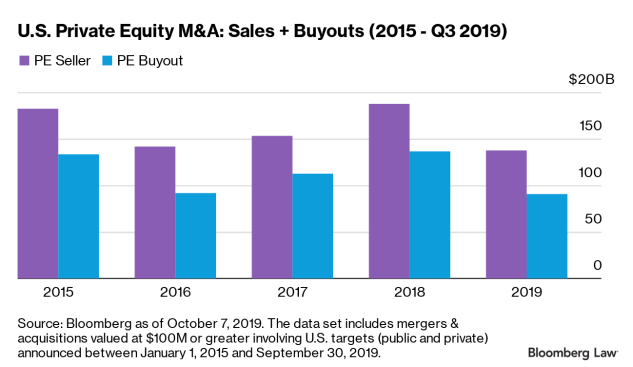 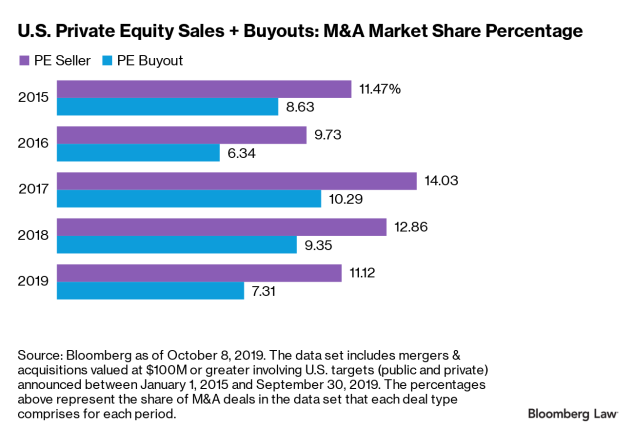 In 2019, U.S. M&A buyers preferred the consumer, non-cyclical sector, with $575 billion in deals announced through the third quarter representing 31% of all U.S. M&A. Consumer, non-cyclical targets were also the most popular for private equity deals, with 24% of 2019’s deals in that industry. With the current recession fears increasing, traditional sectors that offer non-cyclical income may offer opportunity with somewhat less risk.