Multidisciplinary teams are commonly used by legal departments and law firms. In fact, more than four out of five lawyers utilize them, according to surveys conducted by Bloomberg Law in 2020 and 2019. But survey results also suggest that lawyers may not fully understand what is required for a team to be “multidisciplinary.”

According to Bloomberg Law’s 2020 Legal Operations Survey, multidisciplinary teams are used primarily on an ad hoc basis, with teams compiled for a specific project and then disbanded.

This seems intuitive enough. Project needs can differ significantly, so individuals with skillsets and networks that match the needs of a certain project can be gathered together to create a successful team. And, according to our results, these teams are widely viewed as successful. 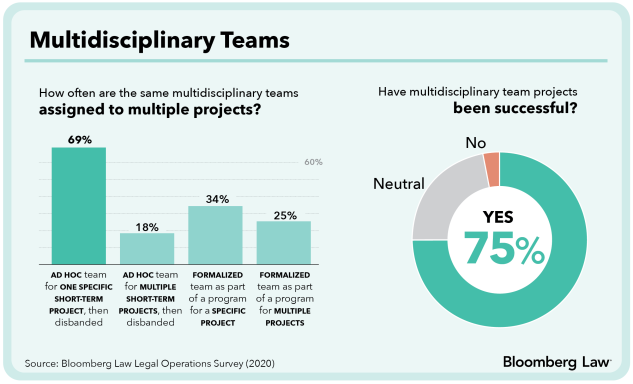 However, if you take a closer look, something is clearly missing from these MDTs. Law firm respondents—82% of whom reported that they utilize MDTs—rarely identified non-law-firm lawyers as represented. Indeed, the most widely utilized role on MDTs after lawyers is legal support staff, which were selected by only 17% of law firm respondents. That didn’t even make the top five for roles represented on law firms’ teams. 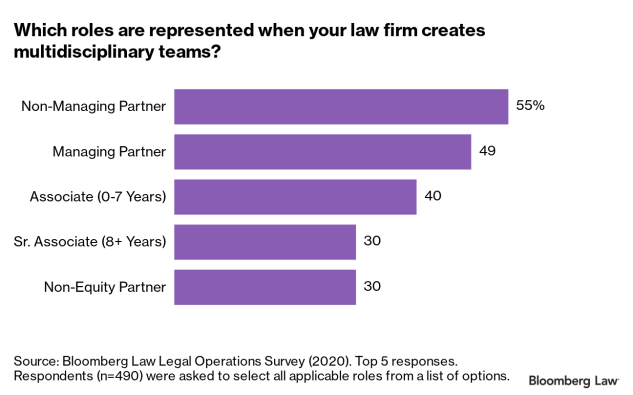 Corporate respondents, 81% of whom reported that they utilize MDTs, are more likely to have teams that include non-lawyers. Legal operations and legal support staff were both identified as members in 28% of corporate MDTs. 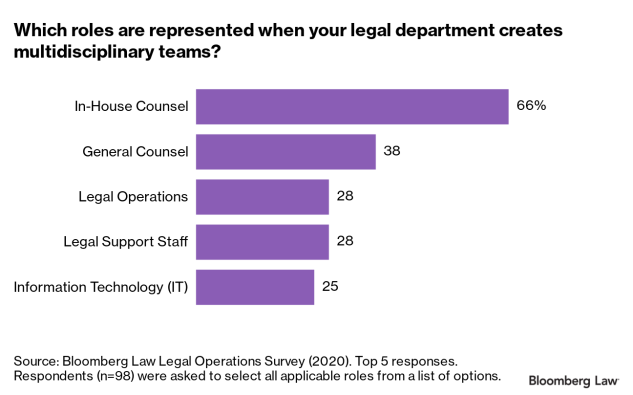 So, let me ask your opinion. How involved—how frequently and how substantively—does a person have to be to be considered part of a team? And how diverse do the skills of team members have to be for the team to be considered multidisciplinary? Can a group of lawyers working together, without the participation of non-lawyers, ever constitute a MDT?

Share your thoughts here! (This survey is super short; no more than six questions. I promise!)

—With assistance from Molly Huie