There is little doubt as to the long-term outlook for the cannabis industry: It appears bright. State legalization continues to expand, attitudes shift in its favor, and mainstream advisers have no difficulty representing clients in this new market. The question is which cannabis companies will survive the market volatility, and which advisers they’ll take with them.

How Bad Is Bad?

It’s bad. Less than $300 million in global M&A deals and investments involving cannabis entities have been announced in 2020 so far. This is just a fraction of the $7.4 billion in global cannabis deals that were announced last year. 2020 will almost certainly mark the second straight annual decline in cannabis M&A activity. 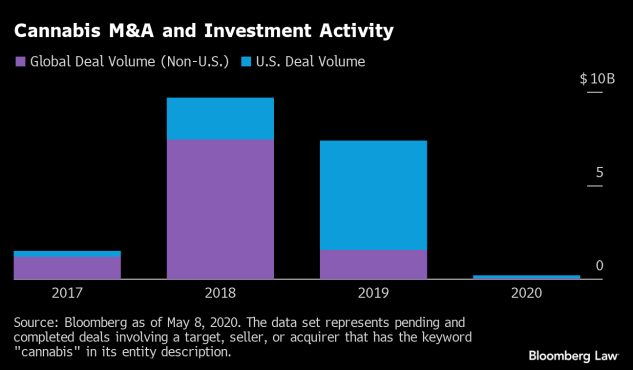 Since the start of last year, U.S. entities have been involved in a majority of global cannabis investment activity. In 2019, $5.8 billion (78%) of all global deals announced involved at least one U.S. party, and this year $181.6 million (81%) have involved a U.S. party.

At first glance, it seems that ultimate cannabis winners will include those companies that obtain finance or revenue to weather the crisis—including companies that have recently been involved in investments or M&A deals, as either targets or acquirers. In some places, cannabis has been deemed an essential business. In other instances, cannabis firms will need to access creative or security-backed finance—especially since, in the U.S., they will not likely have access to emergency funding (more about that below).

The Law Firms That Care 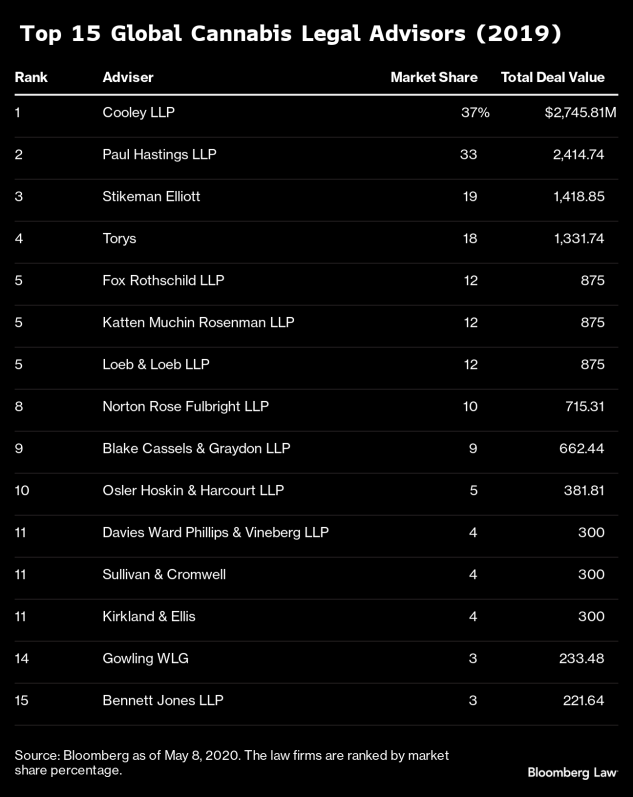 There is another problem with the cannabis industry, and that is its continuing lack of support from the U.S. federal government. Last month, the International Cannabis Bar Association (INCBA) sent a letter to congressional leaders requesting a change to the Small Business Association’s interpretation of the Coronavirus Aid, Relief, and Economic Security Act (the CARES Act), which was enacted March 27. The INCBA’s concern was that the SBA’s language was written so broadly that many firms would be prohibited from accessing CARES funding. The language, “Indirect Marijuana Businesses,” would arguably include law and accounting firms that derive revenue from providing services to the cannabis industry. One message in the INCBA’s letter is important in understanding the broader relevance of the cannabis market:

The number of businesses in this so-called “Indirect” economy is many times over the size of the “Direct” cannabis market, and this guidance will undoubtedly cause substantial and lasting economic harm to the small business communities across the country and frustrate the stated purpose of the CARES Act.

Indeed, as we think about how the cannabis industry is faring, we should also consider that many “cannabis” firms are also mainstream firms producing agricultural, food, drink, medicinal, and other products, many of which may have been deemed essential by their state or local governments. We certainly wouldn’t want them, or the advisers who work with them, to be excluded from small business supports that will help them outlast the pandemic.