For those of you still doomscrolling through the news of the week, the latest employment data from the Bureau of Labor Statistics will offer little respite. Total U.S. nonfarm employment fell in December for the first time since the grinding halt in March and April, finalizing an economic year that sometimes felt more like an eternity.

Employment in legal occupations also fell in December. But this wasn’t the first monthly drop since the recession and pandemic began; instead, the path for legal workers has taken more of an up-and-down course. But the December report does provide an opportunity to take stock of how drastically the events of 2020 have affected legal occupations—and whom they have affected the most. 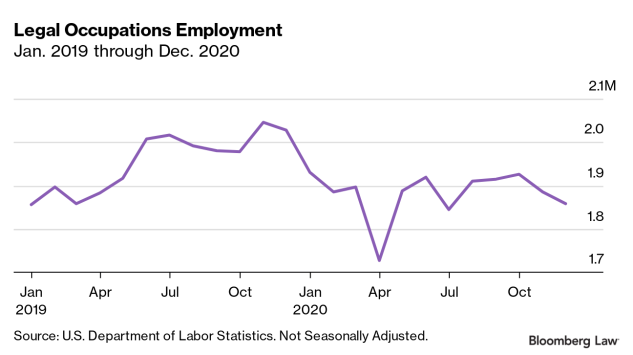 According to BLS’s household survey data, approximately 1.86 million Americans were employed in legal occupations in December. That represents the third-lowest monthly total of the year, behind April and July. Corresponding with this reduction in employment was an increase in the legal occupations unemployment rate, which rose to 2.3% from 1.5% in November. 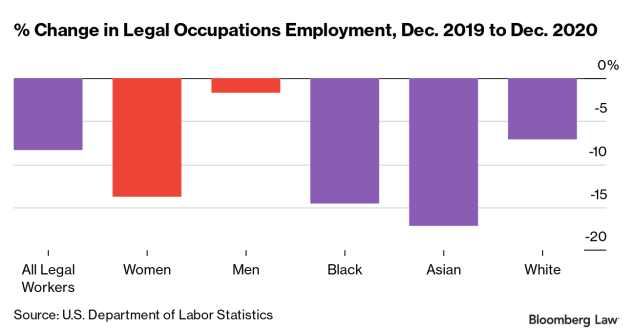 The differences among races were also clear, although not as stark. Asian workers in legal occupations experienced an employment loss of approximately 17,000 from December 2019 to December 2020, a decrease of 17.2%; and Black workers saw employment fall by 26,000, a 14.6% decrease. Legal employment among White workers declined 121,000, a 7.1% decrease.