The Pacific Gas and Electric logo is displayed on a hard hat at a San Francisco work site.
Photographer: Justin Sullivan/Getty Images

The proposal calls for PG&E to reorient its leadership to focus more on safety and establish a process for the company to lose its license if it gets into trouble again. It also requires the utility to create local operating units that would “bring management closer to customers,” according to a statement Monday from the California Public Utilities Commission.

PG&E said in a separate statement it will need time to fully review the proposal, added that it’s a “another positive step” in the company’s effort to emerge from Chapter 11. The utility has already largely agreed to implement the measures.

“These new oversight tools and changes to PG&E’s board of directors and management are designed to ensure PG&E will emerge from bankruptcy as a fundamentally changed company,” the commission said in its statement. 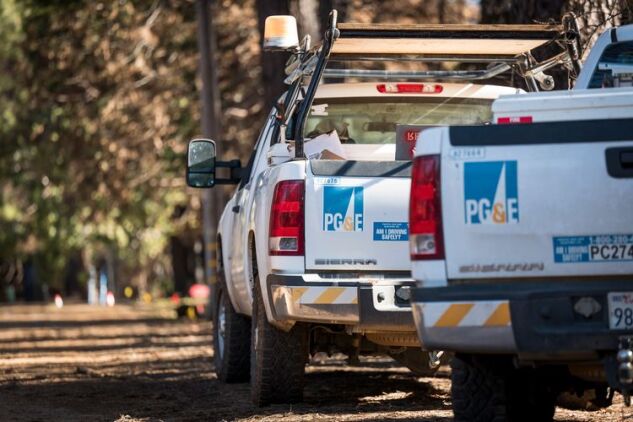 PG&E trucks in Paradise, California, which was destroyed in a 2018 wildfire.
Photographer: David Paul Morris/Bloomberg

PG&E has struggled for months to devise a reorganization plan that would satisfy both state officials and creditors after filing for Chapter 11 last year facing $30 billion in damages from wildfires blamed on its power lines. After striking a series of settlements with major claimants including fire victims, the company is now racing to gain approval of its turnaround plan by June 30 to qualify for a state fire insurance fund.

Last month, California Governor Gavin Newsom dropped his opposition to PG&E’s plan after the company agreed to sell itself if its exit plan fails to win approval by the June deadline.

The commission’s proposal comes as more than 70,000 fire victims are set to vote on PG&E’s reorganization, which includes a $13.5 billion trust fund for those who lost businesses or loved ones. PG&E needs the support from two-thirds of wildfire victims who cast a ballot when voting concludes on May 15.

PG&E shares fell 3% before the start of regular trading on Wall Street.

The commission’s proposal, by an administrative law judge, adopts most of the steps recommended in February by , the commission’s president. The utilities commission has put the proposal on its agenda for a meeting on May 21.

, a utility commissioner proposed to levy a $1.94 billion penalty on PG&E for its role in catastrophic wildfires in 2017 and 2018 that drove it into bankruptcy. That’s lower than the $2.14 billion fine recommended in February by an administrative law judge.

To contact the reporter on this story:
in San Francisco at mchediak@bloomberg.net