, the top executive of the National Rifle Association, put the gun rights group into bankruptcy to avoid facing a financial investigation by New York’s Attorney General, a lawyer for the state said at the start of a trial that could reshape one of the most politically powerful organizations in the U.S.

New York’s top law enforcement officer, , is asking a federal bankruptcy judge in Dallas to either appoint a trustee to run the NRA instead of LaPierre, or to throw out its bankruptcy case, which would make it easier for her to seize the group’s assets if she prevails in a New York lawsuit. 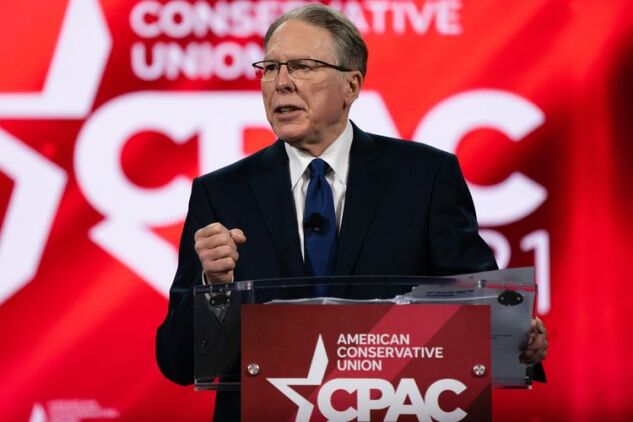 “LaPierre’s only goal is to cling to the power that his position holds,” Assistant Attorney General Monica Connell told the judge Monday during the first day of the trial, which is being held by video. James filed a lawsuit against LaPierre and the NRA in August after investigating alleged financial misdeeds by the organization’s top executives. The suit seeks to dissolve the NRA and redistribute its worth of assets to other nonprofits.

“A trustee is in fact a death sentence,” Garman said, because LaPierre raises $100 million annually for the 150-year-old organization.

Hale isn’t expected to rule until after the multiday trial ends. Testimony continues Tuesday. Both sides will focus on the results of James’s investigation, which concluded the NRA executives illegally diverted tens of millions of dollars away from the group’s charitable mission.

The NRA will acknowledge some lapses in financial oversight, Garman said. But those problems have all been resolved and the people mainly responsible have either left or been dismissed, he said.

Current and former top NRA officials are expected to testify about the decision to file for bankruptcy and LaPierre’s leadership. On Monday, a lawyer for New York questioned NRA First Vice President Charles Cotton about whether the 76-member board of directors knew they were giving LaPierre the power to put the organization into bankruptcy when the panel approved LaPierre’s new employment contract.

Cotton repeatedly said he didn’t know what other board members understood and he couldn’t remember what they discussed in a non-public meeting about the employment contract. LaPierre is on the list of NRA executives scheduled to testify in the coming days. 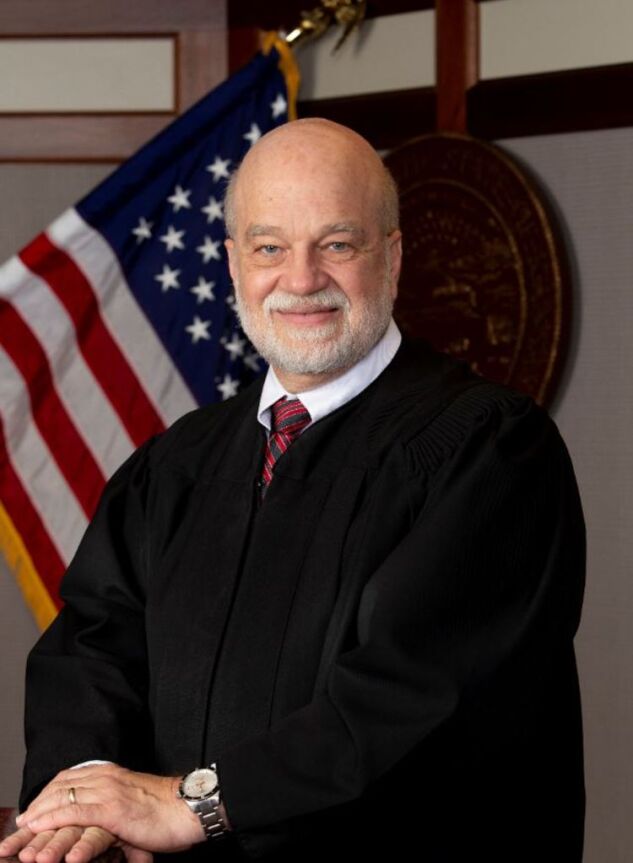 Another of those witnesses may be Phillip Journey, a family court judge in Wichita and member of the NRA’s board. Journey inserted himself into the group’s bankruptcy by Hale to appoint an examiner to look into the allegations against LaPierre and the NRA’s counter claims that it is being unfairly persecuted by James, who had called the gun-rights group a “terrorist organization” even before she took office.

The NRA its Chapter 11 bankruptcy petition in January as part of a bid to restructure and transfer its charter from New York to Texas. It said at the time that it remained not only solvent but “in its strongest financial condition in years.” 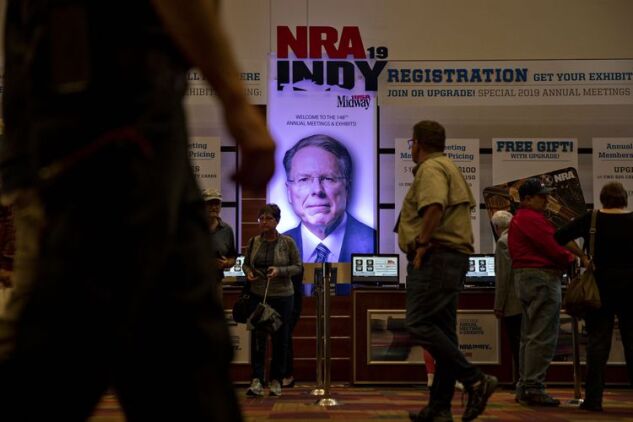 An image of Wayne LaPierre at an NRA annual meeting in Indianapolis, Indiana in 2019.
Photographer: Daniel Acker/Bloomberg

The filing came five months after James it for violating her state’s nonprofit laws. She has since accused the NRA of using bankruptcy in a “bad faith” bid to undercut the New York dissolution case.

The official committee of NRA unsecured creditors an independent examiner, arguing another probe would just duplicate the efforts of the creditor panel. The committee also opposes the effort to dismiss the bankruptcy case and asked Hale to appoint a restructuring officer to oversee the reorganization instead of replacing NRA management with a trustee.

The case is National Rifle Association of America, , U.S. Bankruptcy Court for the Northern District of Texas (Dallas). To view the docket on Bloomberg Law, click here. Michael R. Bloomberg, founder of Bloomberg News parent Bloomberg LP, is a donor to candidates and groups that support gun control, including Everytown for Gun Safety.

To contact the reporter on this story:
in Wilmington, Delaware at schurch3@bloomberg.net