The emergency funding that received during the pandemic triggered a blowback that the company is still struggling to recover from.

The mattress manufacturer filed for bankruptcy on Monday, after clashes with lenders including Apollo Global Management Inc. left it with no other options for cutting its debt load while grappling with an economic slowdown that is crimping sales. Serta the Chapter 11 filing will allow it to continue operating while it fixes its balance sheet, cutting debt to $300 million from $1.9 billion.

When the pandemic was raging in 2020 and the US economy had broadly shut down, Serta Simmons got $200 million of rescue financing to help it stay in business. The funding came from a group of lenders including Eaton Vance and , and featured a : the firms would be among the first in line to get repaid if the company failed.

Lenders excluded from that financing, including Apollo and Angelo Gordon & Co., responded by , arguing that other creditors had violated lending agreements by jumping ahead of them in the line to be repaid. Litigation tied to the transaction is still going on.

The mattress maker, assembled over a decade by private equity firms, faced heavy debt maturities this year. Alongside its Chapter 11 petition, Serta filed asking its bankruptcy judge to bless the 2020 financing that triggered litigation. Settling the fight over that deal is “critical” to the mattress maker’s restructuring, the company said in its lawsuit. The company’s planned deal is backed by a majority of lenders and shareholders. 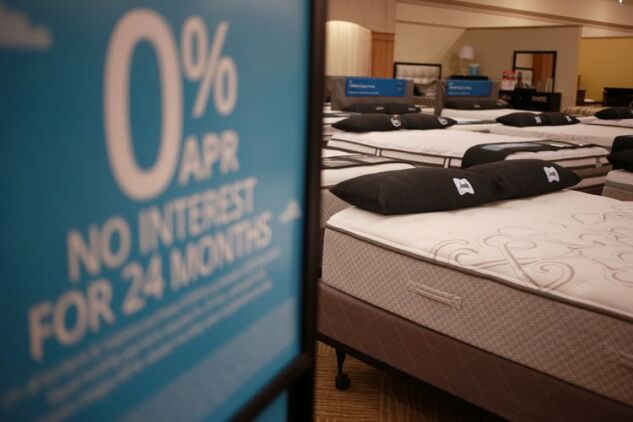 The Serta litigation was the beginning of a series of clashes between lenders and companies with heavy debt loads that were to the pandemic. Creditors said that companies were pitting lenders against one another to get cheaper funding, and were hurting investors in the process.

Now Serta is trying to fix its financial difficulties with a bankruptcy plan that calls for repaying high-ranking lenders with new debt and stock in the restructured company, . Holders of more than $830 million of so-called first-lien-second-out debt are slated to get most of the company’s equity.

Loans pushed back in the repayment line in 2020 — more than $860 million of debt — would get a single-digit share of the stock in post-bankruptcy Serta. The plan also calls for paying the company’s continuing vendors in full, as long as they agree to favorable trade terms.

Nearly all of its top unsecured creditors are suppliers, with the top one listed owed more than $17 million, the filings show. The plan requires bankruptcy court approval and could change.

The firm listed assets of $1 billion to $10 billion and liabilities in the same range in its petition. The company’s debt, which stems from a roughly $3 billion leveraged buyout by in 2012, has hobbled the retailer. Confidential talks over a restructuring plan started late last year, Bloomberg earlier .

Serta is working with advisers Weil, Gotshal & Manges, Evercore Group and FTI Consulting, according to the statement. Gibson Dunn & Crutcher and Centerview Partners are advising creditors, while Ropes and Gray are working with Advent.

The mattress giant’s start can be traced back to the 1870s along the shores of Lake Michigan. There, Simmons first started producing coil spring mattresses, , the company’s chief financial officer, said in court papers.

The firm grew over the next century until it filed for bankruptcy during the fall-out of the financial crisis. Soon after, the firm combined with competitor Serta to establish the new company, Serta Simmons. In 2018, the company acquired Tuft & Needle, a maker of mattresses that get packaged in boxes and shipped directly to consumers’ homes.

Today, the firm is one of the largest mattress companies in the US, accounting for 19% of annual bedding sales, according to court papers. It operates 21 manufacturing facilities across the US and Canada and sells mattresses at 2,200 independent retailers.

But selling mattresses has grown more difficult, according to Serta. Rising interest rates have weighed on consumer spending, and the company has faced higher raw material costs and supply chain disruptions.

The case is Serta Simmons Bedding LLC, , US Bankruptcy Court for the Southern District of Texas.

(Updates with detail from prior litigation from first paragraph)

To contact the reporters on this story:
in New York at apollard18@bloomberg.net;
in Milan at lcasiraghi@bloomberg.net