That’s how much was promised to executives only weeks or in some cases days before bankruptcy, according to a Bloomberg analysis of regulatory filings. Of the 100 or so major companies that have filed since the began, 19 of them have committed to paying a total of $131 million in retention and performance bonuses, both before and after bankruptcies, a number that’s poised to climb as a record number of Americans are jobless and the pandemic spreads. 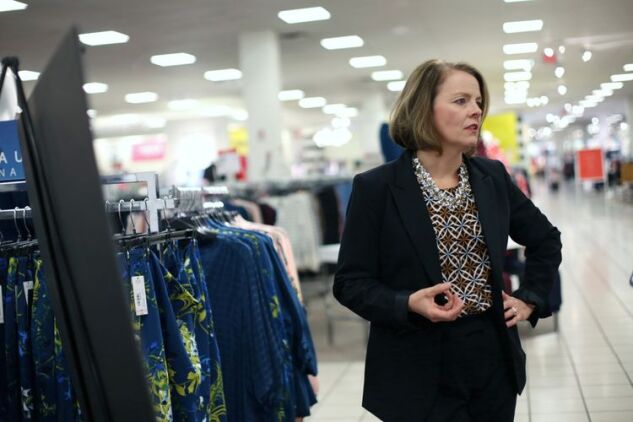 The companies say they need to keep their management teams to help turnaround consultants repair the damage, even when it means rewarding people who were in charge when the business began sinking. The timing of some of the bonuses, before the filing, legally heads off opposition from creditors, who can’t block such payouts unless they’re made after a case reaches court.

The practice isn’t new, but the context is unprecedented. The economy is in a tailspin, and while thousands more Americans stand to lose their jobs in J.C. Penney’s bankruptcy, the going to Chief Executive Officer , who in fairness took over in 2018, when the company was already decades in decline, is pretty much a done deal, as are other payouts.

“We really find them offensive in light of the median worker pay, the reductions in benefits and layoffs due to store closings,” said Julie Farb, director of the Center for Strategic Research at AFL-CIO, a federation of 55 labor unions. “It’s all made worse in the current Covid environment.” J.C. Penney declined to comment.

According to the law, company creditors and the U.S. Trustee, which oversees bankruptcies for the , can dispute bonuses paid to executives while in bankruptcy, but not payments made before filing.

To challenge pre-bankruptcy bonuses, creditors need to file an adversary claim, such as a fraudulent-transfer claim, which can be costly and time-consuming.

In recent weeks, the U.S. Trustee has objected to about a dozen bonuses it says were excessive, said Peter Carr, a spokesperson for the agency. The Trustee has generally been unsuccessful in blocking payouts, he said.

“The only remedy is a claw-back,” Carr said. “The U.S. Trustee program can’t seek that remedy, so we object to any debtor motions that would prevent the unsecured creditors’ committee from pursuing this remedy.”

Click image to see the full Worksheet. To copy it, click “Options” on the toolbar and select Export as My Security Worksheet.

On May 19, Hertz, the rental-car company devastated by the pandemic-related clampdown on travel, $1.5 million to three top executives as part of $16.2 million in retention bonuses. Three days later, it filed for bankruptcy. The company said in April that it had 10,000 jobs in North America. Hertz didn’t respond to requests for comment.

, the telecom hurt by customers’ rejection of land lines, approved bonuses in February and filed in April. Frontier declined to comment.

Chesapeake also didn’t wait to file to before it made retention payouts to management, including CEO , who’s been leading the shale driller since 2013. Chesapeake in May that it intended to pay $25 million in bonuses to 21 executives while also requiring some of them to take salary cuts. The company sought in late June. Chesapeake declined to comment.

Small-engine manufacturer and , owner of women’s-wear chains Ann Taylor and Lane Bryant, weren’t in bankruptcy when they made sure to secure the services of their management teams.

Briggs & Stratton an interest payment last month while promising payouts to its CEO and chief financial officer. Ascena was negotiating a at the same time its executives received $2.7 million. Briggs & Stratton declined to comment. Ascena didn’t respond to requests for comment.

“Board members want the people that know the business, know the assets of the company, know the nuances and facets of the business, and can leverage that understanding and knowledge to extract value going forward,” said Ian Keas, a principal at Pearl Meyer, an executive-compensation consulting firm.

Supporters say boards need to determine what value the executives can bring to the bankruptcy process and not necessarily what they’ve done in the past.

Opponents of the bonuses, however, don’t object only to the timing. They point to the vast number of unemployed Americans, stagnant wages for those still on the job and the dire health risks for many low-paid front-line workers. They say the bonuses look bad with the economy in a tailspin and not only cut into what creditors may be able to salvage, they’re also unfair to employees who can be victims of poor executive decisions.

Another objection: rewarding executives who led companies down the path to bankruptcy, said Nell Minow, vice chair of ValueEdge Advisors, a shareholder-advisory firm.

has been CEO of bankrupt satellite company since 2015. He’s in line to get a $6.9 million despite the Justice Department’s to the incentive plan. Intelsat declined to comment.

To contact the reporters on this story:
in New York at amcneely@bloomberg.net;
in Miami at mngo35@bloomberg.net