, the dine-in theater chain that offersfilms along with with food, cocktails and a strict movie-watching etiquette, filed for Chapter 11 bankruptcy on Wednesday with plans to sell itself.

Investors including Altamont Capital Partners -- which already owns 40% of the company -- and affiliates of have agreed to buy the movie theater chain out bankruptcy and provide fresh financing, show. The group bought up Alamo’s more than $100 million of debt prior to the filing. 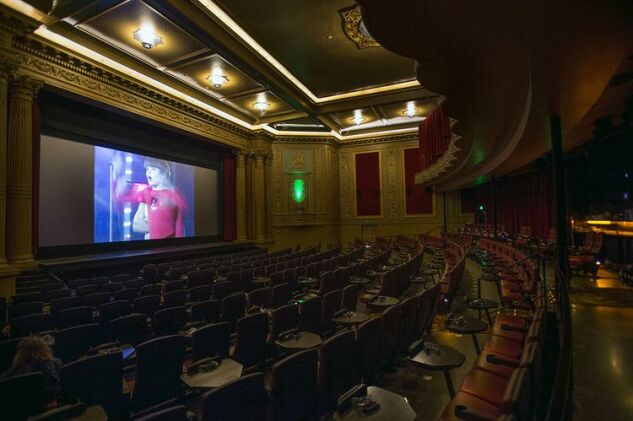 The company has more more than 40 theaters across the U.S., including in Brooklyn and Los Angeles, which temporarily closed last March as the Covid-19 outbreak raged. With customers largely stuck at home, Austin-based Alamo launched a video-on-demand service and let customers rent out theaters for private screenings.

Alamo touts a menu of food, wine, beer and cocktails, its high-end picture and sound quality, and a code of conduct that bans infants and small kids, harassment and mobile phone use. “We have zero-tolerance for talking or using a cell phone of any kind during films,” the company says on its website. “We’ll kick you out, promise. We’ve got backup.”

Founded in 1997, Alamo began in Austin as a one-screen theater in a converted parking garage and now ranks as the largest privately held movie theater chain in North America, the company told the court. Alamo also operates Mondo, an editorial and merchandising business, and hosts a film festival in Austin.

After closing its theaters last March, Alamo furloughed 80% of its staff, cut pay and negotiated rent breaks from landlords. Still, by the end of the year, the chain needed a fix for its “overwhelming” debt load, Chief Financial Officer Matthew Vonderahe said in a court declaration.

Alamo’s proposed buyers agreed to provide $20 million of bankruptcy financing ahead of the actual sale. Both require court approval, and competing offers could still come in.

“Because of the increase in vaccination availability, a very exciting slate of new releases and pent-up audience demand, we’re extremely confident that by the end of 2021, the cinema industry -- and our theaters specifically -- will be thriving,” , Alamo’s founder and executive chairman, said in an emailed statement. Still, the company will have to make “difficult decisions” about its lease portfolio during the bankruptcy, he said.

(Updates with sale plans in first paragraph and additional reporting throughout)

To contact the reporter on this story:
in New York at jhill273@bloomberg.net