’s chief executive officer sees a risk that a major U.S. airline will fail as the Covid-19 pandemic all but erases demand for flights.

The recovery is going to be slow, with air traffic taking years to rebound, Boeing CEO said in an interview Tuesday on NBC. Asked by “Today” show host Savannah Guthrie if a major airline might have to fold, Calhoun said travel would still be depressed in September -- the last month of the U.S. government’s payroll support for airlines. 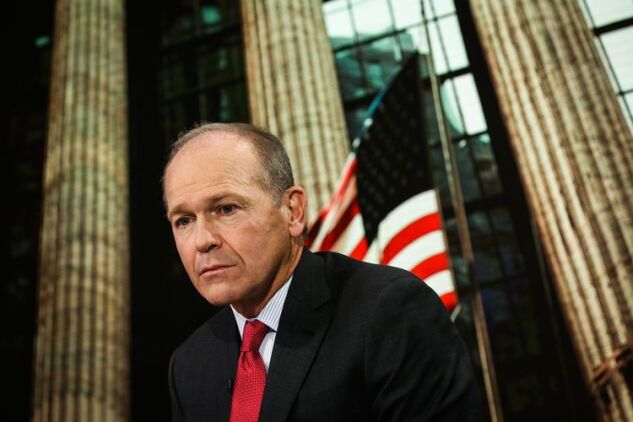 “I don’t want to get too predictive on that subject but yes, most likely,” he said. “Something will happen when September comes around. Traffic levels will not be back to 100%. They won’t even be back to 25. Maybe by the end of the year we approach 50. So there will definitely be adjustments that have to be made on the part of the airlines.”

Carriers worldwide are facing a dire collapse in demand for flights as governments restrict travel and consumers heed warnings to stay home. Boeing is shrinking its business as the company’s airline customers delay orders and rethink their fleets. Calhoun has predicted air travel won’t return to pre-virus growth levels until mid-decade, and the Chicago-based planemaker last month announced plans to cut 10% of its workforce and slow jetliner production.

“We currently believe each of the larger U.S. airlines have enough capital to survive the year,” although “anything is of course possible,” said , an analyst at Cowen & Co. “We believe if demand stays down 90% through year-end with no sign of recovery, a bankruptcy filing would be more likely to occur in early 2021.”

The CEO “was speaking to the general uncertainty in the sector, not about any one particular airline,” Boeing spokesman said in response to the NBC interview.

When NBC’s Guthrie said an unnamed airline executive had described the situation as “apocalyptic,” Calhoun agreed that the short-term outlook was grim.

“‘Apocalyptic’ does actually accurately describe the moment,” he said.

The airline industry will rebound after the “near-term turmoil,” but the comeback will take years, he said.

Still, Boeing is confident enough in the medium-term outlook -- over the next three years or so -- to plan aircraft production, Calhoun said. Analysts have questioned whether the cuts the company has outlined are deep enough to reflect the expected airline shakeout.

The airline industry will gradually rebuild passenger confidence in travel with measures such as airport screening for fevers and illness, he said. And for passengers worried that airplane cabins are flying petri dishes, the Boeing CEO highlighted the air-filtering systems on jetliners.

“Believe it or not, that cabin replaces its air every two to three minutes,” he said. That system “was designed to prevent transmission of exactly this kind of airborne carrier.”

To contact the reporter on this story:
in Chicago at jjohnsson@bloomberg.net

To contact the editor responsible for this story:
at bcase4@bloomberg.net