Education technology company was bleeding cash and facing a debilitating court loss this year when , a veteran restructuring lawyer, arrived on the scene. This time, though, he wasn’t giving legal advice.

Instead he acted more like a bankruptcy whisperer, staying in the background and helping Zovio’s chief executive officer persuade the board of directors to sell everything, pay off debt and shutter the publicly traded company without filing an expensive Chapter 11 case. If the strategy works, shareholders will probably get nothing, but employees will keep their jobs and services for tens of thousands of students will continue. 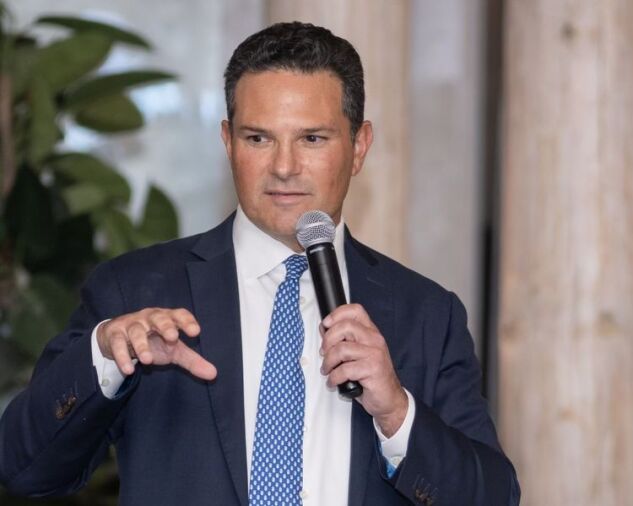 “I was getting lots of calls from firms that help you go into bankruptcy,” said Zovio CEO , who hired Henes. “In this situation I thought that was just lose, lose, lose.”

Henes’s new venture, C Street Advisory Group, is not a typical corporate communication firm: Henes has far more experience giving legal advice to troubled, debt-laden companies than writing press releases or chatting up reporters. He ended a nearly 20-year-career at legal behemoth last year to found the company, which helps set strategies on everything from bankruptcy to brand management and then sells those policies to worried shareholders, creditors and the public.

Henes’ background makes C Street unusually well-positioned to help Zovio, and similar engagements could follow. As interest rates surge and a potential recession pushes more companies into distress, experts expect debt to rise in the coming year, with an increase in bankruptcies to follow.

Politics inspired Henes to get into communication. In 2019, Henes’s oldest son got him involved in ’s presidential bid. Eventually he became the California Democrat’s national finance chair, helping her campaign raise $40 million.

“I saw the power of communication and became fascinated,” Henes said in an interview. “Then Covid hit and I, like so many others, thought about my life, my career and my next steps.”

Before that, he spent 25 years restructuring financially distressed companies. In one case, he helped set a record for the fastest Chapter 11 bankruptcy in US history -- Fullbeauty Brands Inc. entered and exited court protection in .

The new venture signed 25 clients in its first year. His biggest client is the bankrupt crypto lender Celsius Network LLC, where C Street is handling public relations after it became one of the first large digital asset companies to collapse into bankruptcy court amid falling prices for cryptocurrencies.

In the Zovio engagement, Henes joined Hendricks during board meetings, answering questions about the bankruptcy process and the benefits of avoiding it. The company had tried, and failed, to sell itself as a going concern, Hendricks said. In five years, the company’s cash hoard had fallen from more than $300 million at the end of 2016 to about $28 million, according to regulatory filings.

With advice from Henes, Hendricks formed a strategy to take out a short-term loan and then sell each of Zovio’s three divisions as separate businesses. Two of those sales have gone through and the final business may be sold by the end of the year, Hendricks said. Shareholders may not get anything back afterward, but the company has protected its employees and customers, who are mostly students, by ensuring that the businesses were sold to buyers that wanted to keep the operations going, Hendricks said.

The entire process cost far less than if Zovio had hired a law firm, restructuring adviser and investment banker to do the same thing as part of a Chapter 11 case, Hendricks said. Filing bankruptcy would also have disrupted the tutoring and other services that Zovio provided to thousands of students.

“He is passionate and truly wants to help people find creative solutions,” said bankruptcy lawyer , who worked with Henes for 15 years at Kirkland & Ellis. “Jon is calm and steady, and serves as a great resource to management teams because he has a tremendous amount of experience.”

To contact the reporter on this story:
in Wilmington, Delaware at schurch3@bloomberg.net