While some mom-and-pop businesses waited in vain for their share of a federal bailout, a 700-person biotech firm that recently paid a multimillion-dollar settlement to the Justice Department was approved for one.

A steel fabricator with 795 employees was too. So was a telecommunications company that has 1,270 workers, 700 of them based in the U.S.

The Paycheck Protection Program, touted as a Covid-19 lifeline for businesses with fewer than 500 workers, provided tens of millions of dollars in loans to firms with far larger payrolls than that, according to disclosures filed by publicly traded firms that received the aid. Companies with as many as 1,500 workers could access the program -- thanks to obscure federal rules that in 2016 redefined what constitutes a “small” business. 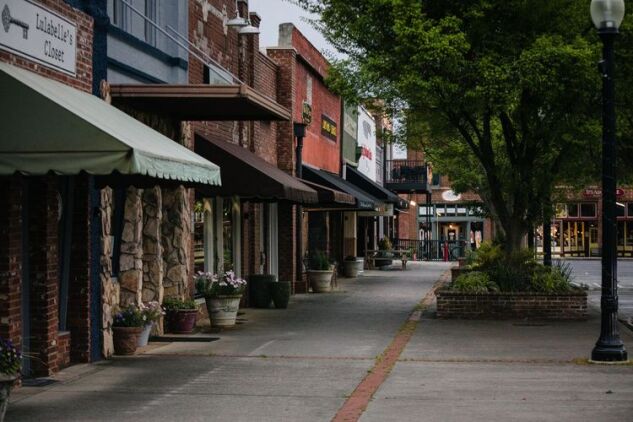 “We are frustrated that this is happening because we do feel like our members are getting boxed out,” said , executive director of the National Federation of Independent Business Small Business Legal Center. “They feel like once again they’re getting shortchanged. The bailout’s for everybody but them.”

Under a menu of Small Business Administration rules that set size limits by industry, bituminous coal companies with as many as 1,500 employees qualify for PPP loans of as much as $10 million, as do steel manufacturers with 1,000 workers. Music publishers, newspaper publishers and companies that provide sea cruises can all have as many as twice the 500-employee limit that made headlines when Congress enacted the program last month.

Tortilla-makers, cheesemakers and breweries, along with companies that make toiletries can have as many as 1,250 employees and still be small. In all, companies in more than 300 industries are considered small by federal officials even when they have more than 500 workers. (There are also some industries for which the limit is set lower than 500 workers.)

, an Atlanta-based company that has 700 employees, was approved for a PPP loan for $10 million last week, according to a U.S. Securities and Exchange Commission filing. The firm is in the “surgical appliance and supplies manufacturing” industry, in which companies are considered “small” with as many as 750 employees.

Earlier this month, MiMedx entered into a civil settlement with the Justice Department to resolve allegations that it knowingly submitted false commercial pricing disclosures to the U.S. Department of Veterans Affairs; the company agreed to pay $6.5 million. A MiMedx spokeswoman said the firm is in compliance with the small-business loan program’s rules.

The SBA, which oversees the bailout program, set the current size standards in 2016 to govern how businesses in different industries could access its existing programs and for government contracting purposes.

The standards are aimed at strengthening the competitive positions of smaller operators in various industries, according to an April 2019 report. In setting them, the SBA considers such factors as the degree of competition, average firm size and barriers to entry for new companies in each industry.

When Congress created the PPP last month -- with initial funding of $349 billion -- the adjusted definitions were already in place. Main Street shops were left competing with far larger companies, and the pandemic-relief program was tapped dry in just 13 days. Congress appropriated $320 billion more last week, and the SBA said it would resume accepting loan applications on Monday.

The program’s design may have contributed to the problem for truly small businesses. Its forgivable loans were capped at 2 ½ times a firm’s average monthly payroll or $10 million, whichever is lower. Larger firms take larger shares, crowding others out.

But larger businesses are also more likely to have established relationships with lenders, more reserves and better access to equity markets than smaller ones, said , chief executive officer of the Small Business Majority, an advocacy group.

“There are needs everywhere in the economy, but you’ve got finite dollars,” Arensmeyer said. “So we think that policy makers should be looking toward where the biggest need is.”

The law that created the PPP also included a special provision allowing restaurant and hotel chains with thousands of employees to apply for its loans as long as each of its physical locations had no more than 500 workers. That provision allowed some national chains to use the program extensively.

Over the past several days, public outrage swelled as a growing roster of public companies disclosed that they’d successfully accessed the program. In response, firms including Shake Shack Inc., which got a $10 million loan, and the operator of Ruth’s Chris steakhouses, which got $20 million, announced plans to return the funds they’d tapped.

One recipient, , a telecommunications company based in Newark, will be returning its $10 million loan “to make those funds available to other borrowers that may be in greater need,” according to a filing it posted on Monday.

IDT, which employs 700 people in the U.S., had been planning to use the loan “to continue paying salaries and benefits at a time when the retail stores that our telecom sales force and distribution arms cover are either closed or serving far fewer customers,” spokesman Bill Ulrey said on Friday. The company had $1.4 billion in revenue last year, filings show.

, a steel manufacturer in Bridgeville, Pennsylvania, received a $10 million loan last week, an SEC filing shows. The company, which didn’t respond to requests for comment, had 795 employees as of December 2019, according to its annual disclosure for the year. It had profit of $4.3 million on sales of $243 million last year.

Lindblad Expeditions Holdings, Inc., a New York-based ecotourism company, employs 650 people, with 461 based in the U.S. It received a $6.6 million PPP loan on April 10.

A company spokesperson pointed out that the SBA standard for the cruise-line industry -- or the “deep sea passenger transportation” industry, as it’s called in regulations -- is 1,500 employees. She said Lindblad hasn’t generated any revenue since voluntarily suspending all new expeditions on March 12. Despite that, the company has maintained its staffing levels.

Treasury Secretary has sought to defend the program’s reach, citing more than 1 million companies with fewer than 10 workers that have been approved for loans so far. An SBA report says more than 1.2 million loans were for $150,000 or less.

Even so, those small loans accounted for only 17% of the $342.3 billion processed. And while fewer than 2% of the approved applications sought loans for more than $2 million, they accounted for 28% of the total funding, SBA data show.

Last week, the Trump administration announced new guidance for the program, essentially telling large companies with access to capital markets that they should stay out. Companies applying for the PPP loans must certify that they need the aid because of the Covid-19 pandemic and that they lack other funding sources, according to the guidance. Whether the SBA, which will take charge of auditing the program’s effectiveness, can enforce that guidance remains to be seen.

On Friday, the SBA and the Treasury Department issued a new rule: Hedge funds and private equity firms won’t be eligible for the program’s loans because they’re “primarily engaged in investment or speculation.”

Also, in appropriating $320 billion more for the program last week, Congress required that $60 billion must be set aside for small banks -- those with $50 billion or less in assets -- to disburse. That sort of change should give smaller businesses more access than they got in the first round, advocates say.

(Updates with telecommunications firm’s plan to return its loan, beginning in 17th paragraph)