withdrew as President ’s nominee to be the Federal Reserve’s vice chair of supervision Tuesday after it became clear she didn’t have the votes to be confirmed.

Raskin’s chances for the post evaporated after Senator of West Virginia, a pivotal Democratic vote in the 50-50 Senate, announced he wouldn’t support her. Senator of Maine, a Republican moderate who is often a target for Democrats seeking a GOP vote, also announced her opposition.

In a letter to Biden, Raskin said she “became the subject of relentless attacks by special interests” because of “my frank public discussion of climate change and the economic costs associated.”

Raskin, who faced a Republican blockade in the Senate Banking Committee, said she was stepping away from the confirmation process so “there can be no excuse left for a continued boycott of the Constitution’s ‘advice and consent’ process and the Senate’s corresponding refusal to attend to our nation’s real economic needs.” 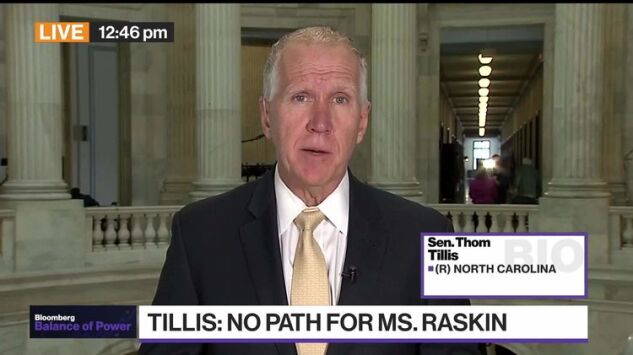 Biden said in a statement that Raskin had been subject to “baseless attacks,” but he made no mention of a replacement for Raskin.

Banking Committee Chair said the panel will move forward this week on Biden’s four other nominees, for a second term as Fed chair, Fed Governor as vice chair, and and for the board of governors. All of them had been held up by the Republican opposition to Raskin.

“I want to get it done as quickly as we can,” Brown said.

That likely will clear the way for quick confirmations. Powell, Brainard and Jefferson have at least some public bipartisan backing. Democrats can confirm Cook without Republican support if they remain unified.

Raskin, 60, had been strongly supported by progressive groups and Senate Democrats like of Massachusetts, who praised her advocacy for regulators to take on financial risks from climate change. Supporters also cited her long experience as a bank regulator and former Fed governor and deputy Treasury secretary.

But that climate advocacy also helped sink her nomination with Manchin -- a supporter of expanding fossil fuel production who represents a coal-rich state -- and many Republicans. 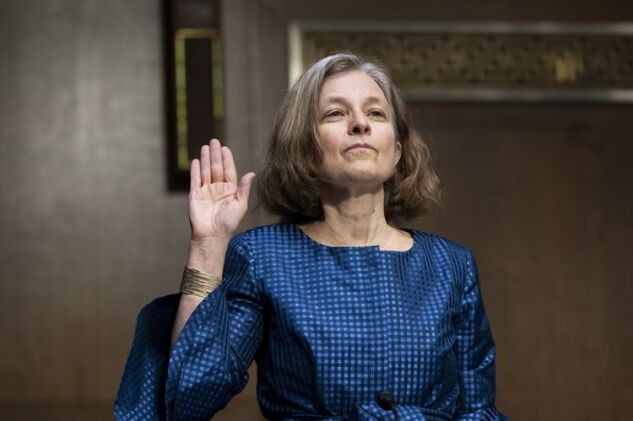 “Her previous public statements have failed to satisfactorily address my concerns about the critical importance of financing an all-of-the-above energy policy to meet our nation’s critical energy needs,” Manchin said Monday in a statement.

In the 50-50 Senate, opposition from Manchin has doomed much of Biden’s sweeping domestic agenda and multiple nominations, including the president’s first choice for budget director, .

There was almost no prospect of getting a Republican vote for Raskin or breaking the committee boycott led by of Pennsylvania, the top Republican on the panel. Toomey and other Republicans on the committee refused to show up for votes, saying they were unsatisfied by Raskin’s answers to questions on her role in Colorado fintech firm Reserve Trust getting a valuable Fed master account while she served as a company director.

Toomey said Republicans have been “ready for weeks” to vote on the other nominees.

Under Senate rules, a committee must have a quorum to move a nominee to the floor, or there must be 60 votes on the floor to discharge the nominee from the committee. Democrats theoretically could have changed the Senate votes to advance her, but that would have, again, likely required getting Manchin’s support to change rules to confirm a climate advocate, when he has opposed changing the rules to enact any other piece of Biden’s agenda.

Another top regulator pick made by Biden, Comptroller of the Currency nominee , withdrew from consideration last year amid Democratic resistance and concerns regarding her views about fossil fuel companies. Omarova faced bipartisan criticism after a tape emerged of her saying she wanted smaller companies in the fossil fuel industry to go “bankrupt,” a remark she tried to walk back under questioning from senators.

Because the Fed is charged with monitoring Goldman Sachs Group Inc., JPMorgan Chase & Co. and other massive financial firms, the post of vice chair for supervision is seen as the most powerful bank regulator in Washington. In addition to setting rules in arcane areas that go right to lenders’ bottom lines like balance-sheet liquidity and capital levels, the person in that position would oversee closely watched annual stress tests that review bank safety.

The position was created in the Dodd-Frank law of 2010 in response to the global financial crisis. It’s been filled just once since then, by Trump appointee , from 2017 to 2021.