As a silver tour bus carrying community activists, bankers and government officials wound through the busy streets of Jamaica, Queens, one question jumped out at Comptroller of the Currency Joseph Otting: where were the banks?

Otting was on the third stop of a five-city bus tour aimed to sell his vision for a rewrite of the rules governing the Community Reinvestment Act, a 1977 anti-redlining law aimed at boosting banks’ lending and investments in low- to moderate-income communities. He also sought to learn more about the communities the law is intended to help.

The former CEO of OneWest Bank discovered a banking desert in Jamaica, a multi-ethnic neighborhood of 54,000 people that produced New York City’s most foreclosures following the 2008 financial crisis.

The two-hour Aug. 21 tour passed by a single Carver Federal Savings Bank branch amid a sea of check cashing and other alternative financial services providers, often housed in neighborhood bodegas.

“Other than Carver Bank, I did not see one bank on that corridor during that whole journey down the corridor,” Otting said in an interview.

At the same June, 2018 hearing, Otting said “many people would say that Joseph Otting spent more time in the inner cities of America than most banking executives across the world.”

Otting’s tour first took him to Atlanta on Aug. 9 and then to Washington 10 days later where he got a bit of a history lesson while visiting the Shaw neighborhood. The historic corridor of African-American culture and home to Howard University has undergone significant gentrification in recent years.

One of the bus tour speakers, Rev. Jim Dickerson, founder and CEO of Manna Inc., a Washington nonprofit affordable housing developer, described to Otting how his organization worked to preserve Jean Clore’s Guest House, now a church but once a historic hotel that was featured in the Negro Motorist Green Book. The travel guide published from 1937 to 1966 highlighted hotels, restaurants, guest houses and other services that served black travelers in an era of racially segregated travel facilities.

“Green Book” was also the name of a 2018 film that one the Oscar for best picture and generated controversy for sanitizing U.S. race relations.

Otting was unaware of either the historical travel guide or the film, and Dickerson spent some time explaining the history to the comptroller.

Otting’s tour visited the Alvista Towers, a 380-unit rental building that opened in June 2018, complete with amenities including workout room with state of the art treadmills and other equipment and a playroom for children. The $165 million development received CRA funding from Wells Fargo & Co. and Goldman Sachs Group Inc. 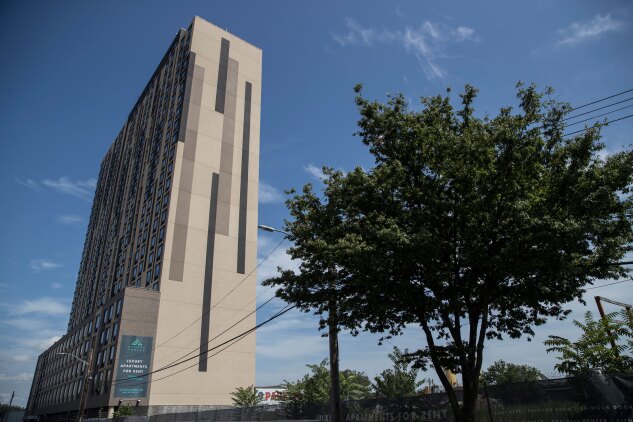 One-bedroom apartments rented for $650 per month while two-bedrooms set renters back $850. Renters, including many formerly homeless people, were required to earn between 47 percent and 150 percent of the area’s median income to get one of the apartments.

Around 60,000 city residents applied for the 380 units, which were awarded through a lottery. A total of 350 apartments are occupied now.

The comptroller compared the situation in Jamaica, where along with rental apartments there is a large amount of single-family housing, with what he saw in Atlanta.

In Atlanta, Otting encountered boarded up houses that could be redeveloped and sold for a range between $40,000 and $60,000 that were two miles from new developments springing up around the sprawling metro area. 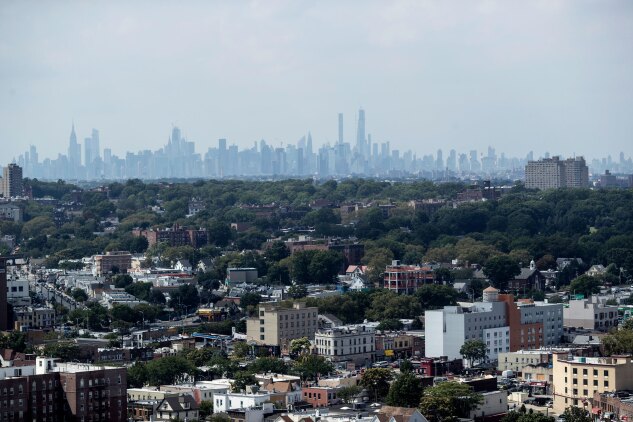 “Every community has a housing issue, it’s just how it manifests itself,” Otting said.

Those differences in each community—from price, to credit availability, to development trends, to displacement of longtime residents—highlight the difficulty Otting faces in crafting an update to a federal law that can help banks, developers and community groups meet hyperlocal needs.

Otting’s tour, which will conclude with stops in Albuquerque, N.M., later this month and Los Angeles in September, is, in part, a sales job.

The comptroller, a former bank chief executive who saw the sale of his institution delayed due to CRA-related issues, has made rewriting the CRA’s rules a priority since he was sworn in in November 2017.

“If left to Joseph Otting’s druthers, we would be sitting here celebrating our one-year anniversary of modernizing the CRA,” he said in a question-and-answer session with bus tour participants in a Jamaica community space.

But Otting isn’t the only one with a say about the CRA rewrite.

Otting’s agency, the Office of the Comptroller of the Currency, oversees CRA compliance with the Federal Deposit Insurance Corp. and the Federal Reserve. Sources with knowledge of the negotiations between the agencies say that Federal Reserve Governor Lael Brainard, who is leading the central bank’s CRA efforts, has been pushing back against some of Otting’s proposals.

Despite that, Otting says he expects a formal proposal—complete with around 50 questions—to come out by the end of September. The OCC released an advanced notice of proposed rulemaking on its own in August 2018. 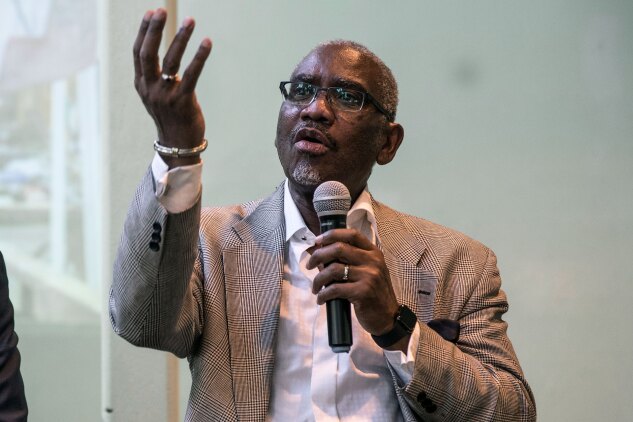 Community groups and Rep. Gregory Meeks (D-N.Y.), who represents Jamaica, urged Otting to move forward with the other regulators.

Otting would not commit, noting that his agency oversees banks that control around 70 percent of CRA-qualifying assets.

“You can’t have something that’s good for communities be stopped by one group,” Otting said in the Q&A session.

“I heard his 70 percent argument. I don’t agree with it,” he said on the sidelines of Otting’s post-tour talk.

Otting will also have to overcome distrust about his motives in rewriting the CRA, given his past battles with community groups in California.

In Atlanta, Otting found a defender in John Hope Bryant, the founder and chief executive of Operation Hope, a community development and financial empowerment organization. Bryant is a longtime friend of Otting’s, and said he has confidence that the CRA will be reformed in a way that will benefit communities.

Otting said during his Atlanta stop that banks, regulators and community groups have told him they “found CRA to be unsuccessful in its current format.”

“Less than optimal, I’ll say. I’ve seen a lot of successes with it,” he said.

Otting also faced questions about gentrification and displacement, something he said was unique to Jamaica compared with the other stops on his tour.

The comptroller had a more limited view of what the CRA could do to prevent gentrification and the problem of existing renters being pushed out when rents get jacked up after renovations. Otting said that was an issue for local governments, not federal regulators.

“They’re much better prepared to take care of the local community than Joseph Otting trying to write CRA at a national level,” he said.

Otting’s bus tour is a rarity among federal regulators, something highlighted by community groups and Meeks.

Jaime Weisberg, a senior campaign analyst at the Association for Neighborhood & Housing Development, one of the hosts of Otting’s tour, said she hoped the comptroller would take what he learned in Jamaica and his other stops and apply them to the CRA rewrite.

But if Weisberg is any indication, Otting is going to have a big job ahead if he wants community groups to get on board with the CRA rewrite.

“I still have more questions than answers,” she said.

--With assistance from Chris Marr in Atlanta