The $16 trillion U.S. mortgage market -- epicenter of the last global financial crisis -- is suddenly experiencing its worst turmoil in more than a decade, setting off alarms across the financial industry and prompting the Federal Reserve to intervene.

Unlike last time, risky mortgages aren’t the cause. Instead, the coronavirus pandemic is threatening to make good loans go bad -- and simultaneously sapping the market’s funding. There are fears that government efforts to shore up borrowers and financing won’t be enough and that mortgage and property investors again face massive losses.

Measures to slow the spread of the deadly disease are slamming the brakes on commerce, threatening to prevent companies from making payments on their leases and commercial mortgages. Companies are also firing employees, who won’t be able to keep up on their own rents and home loans. Mortgage industry veterans warn of a cascade of defaults.

At the same time, holders of mortgage-backed securities are fielding redemption requests from clients, margin calls from jittery counterparties and drops in their valuations, forcing the funds to solicit offers on billions in assets in emergency sales over the weekend. The pain continued Tuesday with , a real estate investment trust that invests in mortgage-backed securities, also saying it’s to fund margin calls. If forced sales accelerate, bond prices could fall and put pressure on other investors to mark down or sell their holdings too.

The tensions are flaring up in myriad ways across the property market -- boosting interest rates for home loans last week, leading listing companies such as to suspend buying programs and prompting industry players from real estate brokers to mall owners to plead directly to President for relief.

In one of the most , real estate investor said Monday that the U.S. commercial-mortgage market is on the brink of collapse and predicted a “domino effect” of consequences if banks and the government don’t take prompt action to keep borrowers from defaulting.

“You have to support the employers” so they can keep paying their rents and employees, he said. “When commerce stops and they can’t pay rent and they can’t pay interest on the debt, and then the banks and the intermediaries can’t pay their investors, it all collapses.” 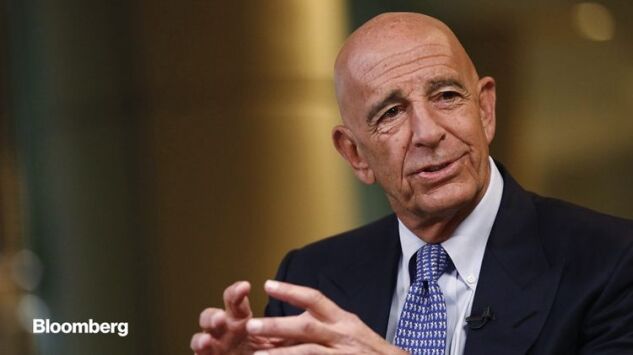 Groups including the American Bankers Association, the Mortgage Bankers Association and the Housing Policy Council sent federal agencies a list of aimed at homeowners affected by illness or quarantine that results in a loss of income. The groups asked the federal government for financing to cover missed payments.

Negotiations between lawmakers and the Trump administration to prop up households and the economy with a roughly $2 trillion relief package keep stalling. Among the demands, Democrats are insisting on restrictions for corporate bailouts and stronger protections for workers.

The Fed, in a surprise announcement early Monday, said it’s buying unlimited amounts of Treasury bonds and mortgage securities to keep borrowing costs low. It also set up programs to ensure more credit flows to businesses of all sizes and state and local governments.

But that effort has limits. For example, the central bank is focusing on securities consisting of so-called agency home loans and commercial mortgages that were created with help from the federal government.

There are about $10 trillion of U.S. mortgage-backed securities, of which about 14% don’t meet that criteria, according to the Securities Industry and Financial Markets Association. And when that tally of securities is compared to the Fed’s of about $16 trillion in total U.S. mortgages, the central bank’s announcement suggests that roughly half of all property loans will be eligible for purchase.

, one of the nation’s biggest lenders to mortgage providers, said Friday it stopped funding most new home loans without government backing. Other so-called warehouse lenders are tightening terms of financing to mortgage providers, either raising costs or refusing to support certain types of home loans. One prominent mortgage funder, , said Monday it’s even pausing all loan activity for two weeks. It blamed an “inability to appropriately evaluate credit risk.”

Also retreating: A new generation of sophisticated home flippers, who use data and debt to buy and sell homes in quick order. Zillow said Monday it has stopped purchasing homes, following rivals SoftBank-backed Opendoor and “No one can say what a fair price is right now, so we’re not making any instant offers,” Redfin Chief Executive Officer said last week.

Banks are facing pressures that will make it hard for them to step in by making or purchasing mortgages others are dumping. Corporate borrowers have been drawing down credit lines at banks, siphoning off cash and raising the prospect that the lenders will eventually incur losses.

It all means households are being charged mortgage rates far above where they ought to be, with no end in sight, said Jeremy Sopko, co-founder and CEO of Even broker-dealers, whose job is to match buyers and sellers, are uncertain, “and they’re normally the guys who have their pencils sharpened the tightest,” he said.

Interest rates on traditional 30-year fixed-rate mortgages typically follow yields on the 10-year Treasury note, a benchmark that helps determine the cost of borrowing throughout the U.S. economy. But this month the gap between the two is set to reach a record, according to monthly data compiled by Bloomberg dating to 1998, in a show of how tumult in markets impacts what the average American has to pay on a mortgage.

For Wall Street, the moment that crystallized the extent of problems in mortgage markets came Sunday, when some firms rushed to raise cash by requesting offers for their bonds backed by home loans. Eager sellers included investor and , a mortgage REIT.

Such solicitations are known as “bids wanted in competition,” or BWIC.

“I ran dealer desks for over 20 years,” said Eric Rosen, who oversaw credit trading at JPMorgan Chase & Co., ticking off the collapse of Long-Term Capital Management, the bursting of the dot-com bubble some 20 years ago, and the 2008 global financial crisis. “And I never recall a BWIC on a weekend.”

Then on Monday, mortgage fund AG Mortgage Investment Trust Inc. said it failed to meet some margin calls on Friday and doesn’t expect to be able to meet future margin calls with its current financing. And TPG RE Finance Trust Inc., which focuses on commercial real estate debt, said it’s starting talks with lenders because of uncertainty about meeting future margin calls.

“The Fed is going to do whatever it takes to restore normal functioning in the market,” said , a Harvard University economics professor who formerly worked as a Fed economist and senior official at the Treasury Department. “But we need to remember that the root of the problem is that financial institutions and investors are desperately seeking cash, so in that sense the Fed’s announcement is not everything that needs to be done.”