A foreclosure sign hangs in front of a home in Miami, Fla.
Photographer: Joe Raedle/Getty Images

During the financial crisis, the public lost trust and confidence in the financial system and the public/private infrastructure that was supposed to keep it safe, sound, and fair. Poyner Spruill’s Joseph A. Smith Jr., who was a monitor of the National Mortgage Settlement, gives advice on how the financial industry can regain the public’s trust.

I have just finished six years as Monitor of a series of consent judgments between the federal government, 49 states, and some of the country’s largest banks and mortgage companies commonly referred to as the National Mortgage Settlement (NMS).

In reflecting on this engagement, I have come to realize that it casts a critical light on how financial services firms were overseen before the Financial Crisis and that a number of shortcomings revealed by that light remain uncorrected.

My appointment as Monitor of the NMS was the result of an epic failure of oversight of major financial institutions.

Of the eight firms that entered NMS consent judgments, six were arms of the largest financial holding companies in the United States and, for that matter, the world. As such, they were subject to: (a) extensive supervision by multiple government agencies; (b) oversight by well compensated and apparently well qualified boards of directors; and (c) risk management by sophisticated internal staffs that was reviewed by the largest independent accounting and auditing firms in the world—all to no avail. 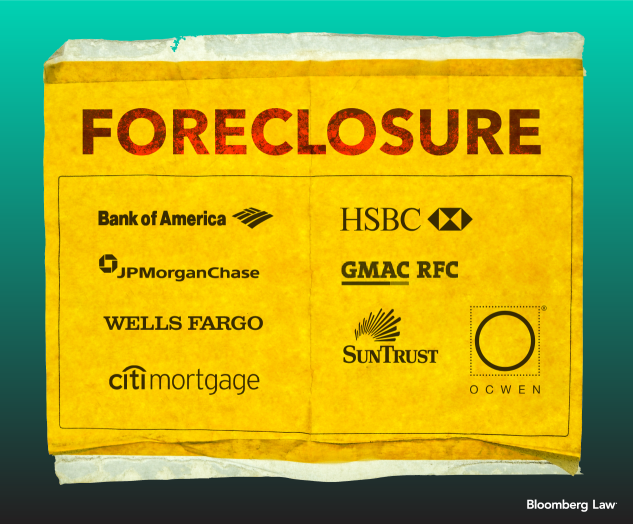 The banks didn’t foresee the mortgage market meltdown or the Financial Crisis that followed and weren’t prepared to deal with them when they occurred.

The consequences of the Financial Crisis are well known: massive financial losses, a wave of foreclosures, economic freefall, governmental intervention in the economy on a scale unheard of since the New Deal and the Dodd-Frank Act. Another very profound consequence was a loss of public trust and confidence in the financial system and the public and private infrastructure that was supposed to keep it safe, sound, and fair.

The governmental baton was passed from supervisors to enforcers. Litigation ensued on various fronts, leading either to large judgments, fines and penalties or to large, complex and expensive settlements. My fellow monitors and I labored under the latter.

My work as NMS Monitor, and that of many of my fellow monitors, is now done or approaching completion. Have we restored public trust and confidence in the financial system and its oversight infrastructure? By any measure of which I am aware, the answer is: “No.”

This is the result, primarily, of things that monitors could not affect—a slow and uneven recovery and the absence of criminal prosecutions for senior executives of the firms that got us into the crisis. That said, my fellow monitors and the oversight infrastructure (supervisory agencies, risk management executive, boards, independent accountants and auditors) are not absolved of a responsibility to do what we can do to earn back public trust and confidence.

First and foremost, each of the constituents of the oversight infrastructure should take pains to avoid real and apparent regulatory capture by the firms they are overseeing. There is a growing body of literature on capture, particularly of regulatory agencies. In the regulatory context, a captured agency is deemed to be overly favorable to, if not a tool of, the regulated firm.

The oversight entities have, at best, reduced credibility and, at worst, legal liability. The overseen firms pay a hefty tab and don’t get the benefit of supervisory bona fides (think Good Housekeeping Seal of Approval). It is, accordingly, in the interest of all concerned to enhance the independence of supervisory agencies, boards, internal risk managers, and independent accountants.

A second step toward more effective oversight is to increase its forward and lateral orientation.

Oversight of financial services firms is serious business and should not be left to guess work, so it’s understandable that supervisors, directors, risk managers and auditors want their work to be fact-based. However, the greater the requirement of certainty, the more likely it is that the facts upon which assessments are made will be backward-looking.

In the bank supervisory world, examination findings can be based on “facts” that are six months or a year old. Technology is allowing us to head toward real-time assessment but brings with it significant questions about how deeply into bank operations a supervisor, board member or accountant should go. Social media and financial markets can also give insight into what is really happening in a firm, but recent events suggest that such information, while useful, should be taken with a grain of salt.

A third step the oversight infrastructure should take is to increase its use of networks, cooperation between oversight entities.

The financial crisis laid bare circumstances where a silo mentality prevented regulators from getting a clear picture of the entities they were regulating. AIG was the poster child of this failing.

Whatever its alleged defects, the Financial Stability Oversight Council, established by the Dodd-Frank Act, has addressed this failing by getting federal and state supervisors and regulators in the same room and talking to each other.

Further, starting before the crisis, state and federal agencies have done important and unheralded work in coordinating their efforts to regulate non-depository financial services firms and in Bank Secrecy Act and anti-money laundering law (BSA/AML) enforcement.

In the NMS, I organized a network of accounting firms to conduct the validation work that the settlement required. In general, the NMS network was effective and, in my somewhat biased view, could be a template for addressing the need for competition in the auditing of major financial firms.

It was an honor and pleasure to be NMS Monitor. My colleagues and I did our best to fulfill the intentions of the settlement parties and, as a result, to contribute to the healing of the mortgage market and the economy.

While I’m proud of our work, restoration of public trust and confidence requires that stakeholders in financial services do more. This includes reinventing the way government agencies, boards, risk managers and accountants/auditors oversee the financial system, with a goal of making it safer, stronger and fairer. We owe it to ourselves, the industry and our country to do this important work.

Joseph A. Smith Jr. is a partner at Poyner Spruill LLP in Raleigh, N.C. His practice focuses on banking and financial services law. He is former Commissioner of North Carolina Banks and was a Monitor for the National Mortgage Settlement.