The Senate Republican proposal for aiding businesses harmed by the coronavirus crisis would impose restrictions on executive pay and other limits often sought by Democrats.

Senate Majority Leader Thursday released a massive stimulus plan that provides $208 billion worth of loans for businesses suffering because of the pandemic, including $58 billion for the airline industry and $150 billion for other distressed areas of the economy. 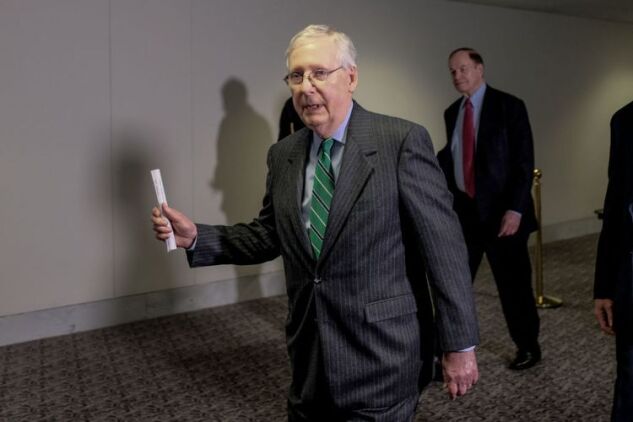 As a condition of receiving aid under the GOP bill, companies must agree to cap executive compensation at 2019 levels for two years. Executives would also be barred from receiving severance or so-called golden parachute packages worth more than twice their total compensation in 2019.

“During this time of unprecedented economic uncertainty, it is critical that air carriers and other impacted industries have the resources they need to continue operations,” Mississippi Republican said in a statement.

Wicker chairs the Senate Commerce Committee that led the airline relief aspects of the bill. “This recovery package would support the hard-hit workers and businesses who bear no responsibility for this crisis,” he added.

After the 2008 financial crisis, there was widespread public outrage when it was learned that failing firms that received taxpayer bailouts were still permitted to pay their executives millions of dollars in bonuses.

Protesters even rode buses to the homes of senior managers at -- widely regarded as a villain of the meltdown -- to express their frustration.

The fury prompted lawmakers to include several measures in the 2010 Dodd-Frank targeting excessive compensation.

Provisions in the bill included giving shareholders non-binding votes on top executives’ pay and golden parachutes, disclosures of how much a chief executive made compared with the median salary paid by a company and requirements that businesses institute policies for clawing back pay from executives following a financial restatement.

Democrats have in recent days steadily ramped up public demands for restrictions on companies receiving aid as a result of the coronavirus downturn.

House Speaker and Senate Democratic Leader Chuck Schumer issued a statement prior to the release of the Republican plan calling for “bold action” but with restrictions.

“To earn Democratic support in the Congress,” the statement read. “Any economic stimulus proposal must include new, strong and strict provisions that prioritize and protect workers, such as banning the recipient companies from buying back stock, rewarding executives and laying off workers.”

To contact the reporter on this story:
in Washington at rbeene@bloomberg.net