The 50-year-old banker now has to annually certify that the German lender is adhering to a recent settlement in which U.S. authorities fined the firm for violating swaps reporting rules. The unusual requirement, which could hold Sewing accountable for future missteps by the bank, follows years of compliance failures that have put Deutsche Bank under the microscopes of Washington watchdogs. Many precede his tenure as CEO. 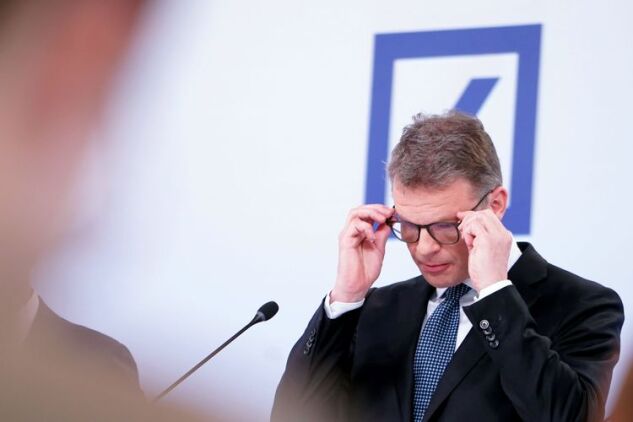 The constraint, imposed last week by the , poses a fresh risk for bank executives whose firms break the rules -- a longstanding goal of progressive lawmakers and policy makers. Such demands from regulators could become more common should Democrat win the White House and install new enforcers at federal agencies that police Wall Street.

“It’s not something you see as part of the standard settlement package,” said , a former SEC enforcement attorney who is now a partner at Murphy & McGonigle.

In a statement, Deutsche Bank said the firm’s agreement to the SEC order shows it’s “committed to compliance and cooperation with U.S. regulators.” An SEC spokeswoman declined to comment.

The SEC move applies to anyone who holds the CEO position. What prompted it was a June case from the Commodity Futures Trading Commission -- the main U.S. regulator of the $559 trillion global swaps market. The CFTC had penalized Deutsche Bank $9 million over a 2016 outage that prevented the firm from disclosing swaps data for five straight days.

In the months after the breakdown, Deutsche Bank agreed to the appointment of an outside monitor to ensure its compliance with swaps reporting rules due to the “breadth of the failures” involving its systems, supervision and disaster-recovery plan, the said in a June 18 statement. The regulator said the fine was substantially reduced based on Deutsche Bank’s cooperation, including its consenting to the monitor.

Deutsche Bank, which didn’t admit or deny the CFTC’s claims, said in June that it had taken “meaningful steps” to enhance its controls.

As often happens under U.S. financial rules, Deutsche Bank’s CFTC settlement triggered automatic, knock-on penalties at the SEC. One of the additional sanctions was severe: , the asset management firm that is majority-owned by Deutsche Bank, was at risk of losing its ability to manage mutual funds. A DWS spokesman said the situation never affected its business.

The SEC in almost every case grants firms waivers that exempt them from additional punishments, but Deutsche Bank didn’t immediately realize it needed one. That kicked-off a flurry of behind-the-scenes negotiations between Deutsche Bank and the SEC, with the lender ultimately securing its crucial waiver on Sept. 24.

What makes the Deutsche Bank situation stand out is the harsh stipulation that the SEC attached: The bank’s CEO and top lawyer must personally attest to the firm’s compliance with the CFTC settlement for three years.

It’s debatable whether Sewing, who became CEO in 2018, faces much legal peril. He would likely only face consequences if he certified that Deutsche Bank was complying with the CFTC settlement and the bank wasn’t. Still, financial firms are typically loath to offer regulators concessions that put top management at risk.

In its request for an SEC waiver, Deutsche Bank said it has an established process for assessing the collateral consequences of settling enforcement actions. However, the possibility of the additional SEC penalty wasn’t considered, the firm said in its application. Deutsche Bank added that the alleged CFTC violations were unintentional and completely unrelated to its mutual fund business.

Both of the SEC’s Republican commissioners and its two Democrats approved the waiver with the certification requirement, according to a tally of votes on the agency’s website. SEC Chairman , a political independent, didn’t participate in the vote.

While she declined to comment on the terms of the SEC waiver, CFTC spokeswoman Rachel Millard said “personal accountability is critical when seeking to ensure that a registrant has the right tone at the top and a strong culture of compliance.”

Though waivers were traditionally handled by the SEC’s staff, the issue became a flash point in 2014 when the agency’s Democratic commissioners started aggressively questioning why the exemptions were granted to financial firms that kept getting in trouble.

One of the Democrats who pressed the waiver issue was , who also urged that CEOs have to certify compliance with settlements. Stein’s top enforcement counsel was , who’s now a Democratic commissioner.