A Duke University law professor and Washington insider who has previously held high-level jobs at the Treasury and the Fed, Raskin was pushed by liberal Democrats as a champion of tighter regulation for the biggest banks. She is also poised to lead efforts on developing financial regulatory policies for cryptocurrencies and fighting climate change, a top priority of the White House. 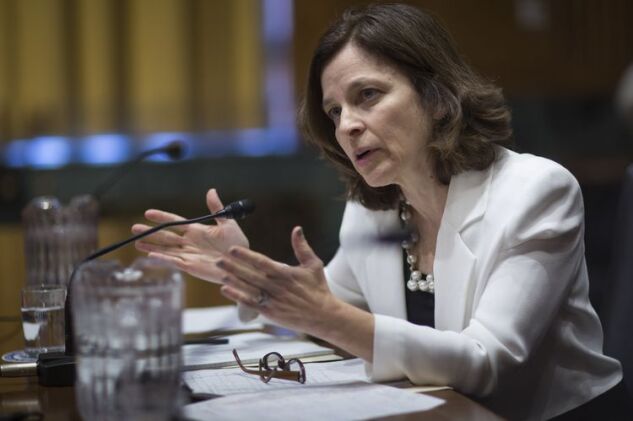 Because the Fed is charged with monitoring , JPMorgan Chase & Co. and other massive firms, the vice chair post is seen as the most powerful bank regulator in Washington. In addition to setting rules in arcane areas that go right to lenders’ bottom lines like balance-sheet liquidity and capital levels, Raskin would oversee closely-watched annual stress tests that review bank safety.

Though Raskin easily won Senate confirmation to serve as Fed governor and then deputy Treasury secretary under President Barack Obama, she’ll face a more difficult path this year. With the increasing partisan rancor on Capitol Hill and some lawmakers’ skepticism of Biden’s climate agenda, she is likely to win few, if any, Republican votes in the 50-50 split Senate.

Another potential liability with conservatives: Her husband, Maryland Democratic Representative , served as the lead prosecutor on the team that tried to convict former President Donald Trump during his second impeachment trial.

There is some urgency in getting Raskin confirmed to the supervision role. New financial rules can take years to complete, and if the Democratic-controlled Congress flips Republican in November, the pushback will be intense. 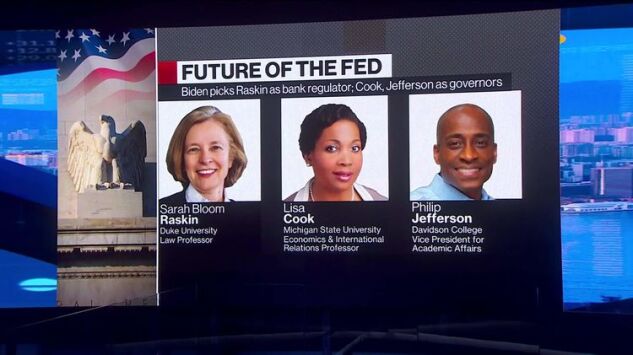 The White House announced Raskin’s on Friday. Here are five areas where she is likely to focus:

The new vice chair will be instrumental in the Biden administration’s bid to ensure that Wall Street is properly braced for the turmoil that could come from planetary warming. The Financial Stability Oversight Council, which includes the chiefs of Washington’s top regulators, laid out recommendations in October to head off climate-change dangers. If confirmed, Raskin will play a lead role in enacting those plans.

Meanwhile, one controversial idea that she’s already spoken in favor of involves using the government’s banking supervision powers such as stress tests to press the industry to deal with climate change. Pushing ahead with that could set Raskin up for an early clash with bank lobbyists, who argue that a lack of historical data on risk factors would make testing difficult.

U.S. financial watchdogs are rushing to throw guardrails around the explosive cryptocurrency market, with a particular focus on so-called stablecoins. The tokens make it possible to convert virtual currencies into dollars and they underpin many transactions on the blockchain.

The Fed is set to play a central role in writing new regulations, and the vice chair of supervision will work with regulators like the Securities and Exchange Commission and the Commodity Futures Trading Commission, which also police crypto.

The Biden administration is likely to bring much tougher day-to-day oversight for financial firms. During Trump’s presidency, banks enjoyed a relatively light-touch approach to supervision and enforcement -- in sharp contrast to the years after the 2008 meltdown when financial firms faced an onslaught of sanctions that cost them billions of dollars in penalties.

Raskin would replace , a former bank investor and executive at private-equity giant Carlyle Group Inc., who critics said was too sympathetic to the industry.

Wall Street is keenly interested in what may be one of the first proposals out of the gate from the vice chair: long-awaited new capital standards for the big banks that the Fed calls “Basel III endgame.” Based on an international agreement, Fed officials have previously signaled that the looming requirements would be balanced by cuts in other capital demands placed on lenders to ensure the industry’s overall compliance burdens go basically unchanged.

However, a supervision boss who’s less cozy with banks may arrive with different ideas. The changes are important for lenders with major trading operations because they involve adjusting how capital minimums are set.

Biden’s new supervision chief is expected to be more reticent to sign off on mergers. While Fed rules already prevent Wall Street giants from combinations, the deals have become political lightening rods.

Democrats argue that more scrutiny is needed, particularly for mergers and acquisitions among larger regional banks like the in 2019 that combined BB&T Corp. and SunTrust Banks Inc. to form Truist Financial Corp.