The marijuana industry’s excitement over President ’s call to review the drug’s federal legal status was quickly tempered by uncertainties about what changes would be made and how long they might take.

Biden said Thursday that the US will review its so-called scheduling rules for marijuana because “it makes no sense” that it currently has the same level of restrictions as heroin. Changing that classification involves a review of safety risks and potential health benefits, and could remove roadblocks that have hindered the industry’s growth -- including access to banking and lower tax burdens. That might make it more attractive for institutional investors and companies in the tobacco, alcohol, and food and beverage space.

Marijuana stocks, which have a history of high volatility, posted on Friday after an initial jump following Biden’s announcement. 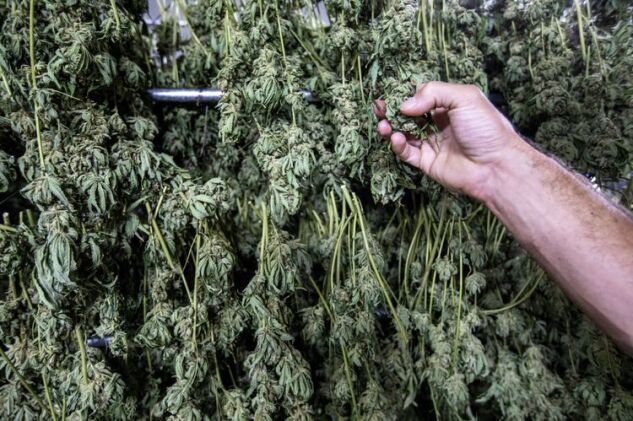 Reviewing the drug’s classification could take around two years, and it’s unclear how big a policy shift the US government will be willing to make. Marijuana is now listed as a Schedule I drug under the Controlled Substances Act and subject to the strictest federal restrictions. Changing that to Schedule II “would be a modest positive rather than a panacea,” BTIG analyst wrote in a research note. Only by moving to Schedule III would companies get out from under a rule that prevents them from taking tax deductions.

“Obviously this gives light at the end of the tunnel for what I believe will be a rescheduling of cannabis that will allow it to become a more mainstream consumer products business,” , founder and executive chairman of , one of the US’s largest operators, said in a phone interview Friday.

, chief executive officer of marijuana company , called the Biden administration’s initiatives “relatively modest” on an while also noting that “any sign of progress is important.”

Legalization of recreational marijuana on the state level has allowed the industry to grow to around $25 billion in annual revenue with sales in about 40 states and US territories.

Douglas Berman, director of the Drug Enforcement and Policy Center at Ohio State University, predicts the government could move more quickly if it decides to just reschedule cannabis to Schedule II. It could take longer if the review considers whether marijuana should be removed entirely from the list of scheduled drugs, he said.

How Biden’s comments affect popular support for the drug remains to be seen. Voters in Arkansas, Maryland, Missouri, North Dakota and South Dakota will be asked to consider measures on adult-use cannabis in the Nov. 8 elections.

Support from the White House may help along other pieces of marijuana legislation that have stalled in Congress due to clashes between Democrats, who have pushed for more social-justice measures, and Republicans, who have supported narrower legislation on banking access.

The SAFE Banking Act, which would give banks assurances they could work with companies that sell cannabis, is seen by marijuana-industry analysts as having a good chance of passing. It had been held up by debate about whether it should address arrests and pardons, but Biden’s move Thursday to convicted for simple possession of marijuana has taken care of that.

Members of Congress are currently in their home districts ahead of the November election, so legislation such as SAFE won’t happen before then. If Republicans regain control of Congress, Democrats could opt to pass the bill in a lame-duck session before the new term in January. If Democrats retain control, they could opt to wait longer.

“If we get SAFE, I think you will start seeing at least more minority positions being taken in these companies; the tobacco companies, the alcohol and beverage companies all want to get into the sector,” Curaleaf’s Jordan said.

To contact the editors responsible for this story:
at jedwardsiii1@bloomberg.net