Live Nation’s conduct made it “the definition of monopoly,” Senator , the Minnesota Democrat who chairs the ’s antitrust panel said. “Restoring competition to our markets is about making sure that fans get fair prices and better service.”

The Judiciary Committee hearing on competition in the live entertainment industry comes as the Justice Department is probing Live Nation and over antitrust concerns, even as the company remains subject to court-ordered monitoring in the wake of previous complaints. Tuesday’s session also responds to the angriest of demographics — Swift fans who were unable to get tickets after Ticketmaster’s site crashed in November and it was forced to cancel public sales.

Live Nation president and chief financial officer said “industrial-scale ticket scalping” fueled by automated “bots” is the real problem, with a $5 billion market in secondary sales standing between artists and fans. Berchtold told the committee that US ticketing markets “have never been more competitive” and Congress should focus on strengthening rules to protect consumers and regulate automated ticketing.

Much of the hearing focused on Live Nation’s control of concert venues and the structure of ticket prices and service fees. This set up some interesting exchanges between Live Nation’s Berchtold and the hearing’s other witnesses, including singer-songwriter Clyde Lawrence. 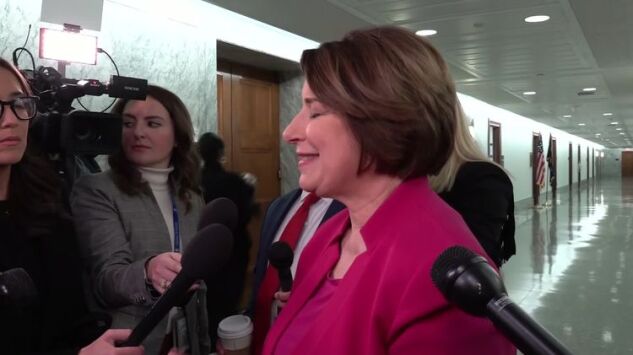 Lawrence said artists must share their merchandise profit with Live Nation, but they don’t receive any part of the food and drink concessions from their shows. And he said artists have “no say or choice or visibility in what our fans experience when buying our tickets.”

Several senators took issue with Berthold’s description of scalper bots as the problem to blame, asking other witnesses to diagnose the problem and offer potential solutions. Kathleen Bradish, head of legal advocacy at the , pointed squarely at Live Nation’s market control of ticketing, venues and event promotion, an issue best resolved by Congress giving regulators the tools to vigorously enforce antitrust laws.

“Live Nation-Ticketmaster is a monopoly and will act — because that’s its incentive — to exclude competition,” Bradish said.

Klobuchar connected the problems with live event ticketing to her broader campaign against market concentration across the economy. Her subcommittee has been part of increasing efforts from a bipartisan group of lawmakers and the administration of President Joe Biden to use antitrust policy to address income inequality and help workers.

After the hearing, White House Press Secretary was asked if the administration supports unwinding the Live Nation-Ticketmaster merger. Biden, she said, in general has been “a strong proponent of increasing competition in our economy,” which she said is important to the American people and, in this case, to Taylor Swift fans.

co-founder and chief executive of , a Ticketmaster competitor, tied complaints about the platform directly to the merger with Live Nation that he said insulates the combined company from meaningful competition. 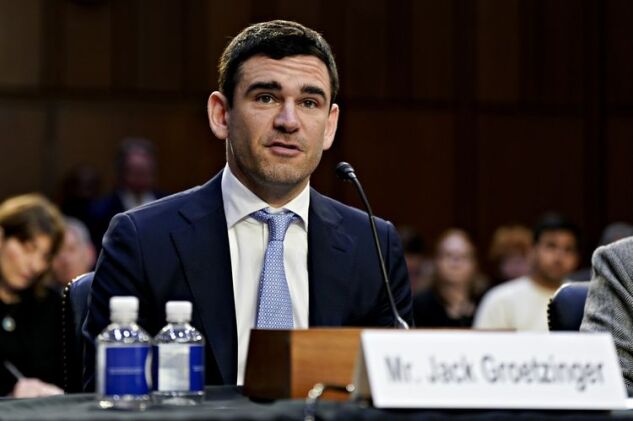 “The only effective remedy now available is a structural one: dissolution of the common ownership of Live Nation and Ticketmaster,” Groetzinger said.

That merger, which was completed in 2010, united the world’s largest concert promoter with the largest ticketing site. It received close scrutiny from regulators and required the companies to enter into a settlement agreement designed to maintain competition in the industry.

Utah Senator , the ranking Republican on the antitrust panel, blamed the administration’s Justice Department for allowing the merger after the companies agreed to a divestiture and behavioral remedies. He suggested that new regulation or “better enforcement of existing laws” is needed to protect US consumers. 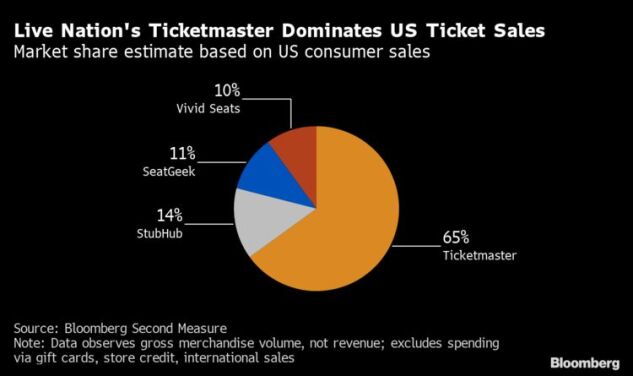 “The merged entity has done exactly what it said would never happen,” Lee said, adding that Congress should “be asking whether the consent decree was the right decision in the first place.”

Justice Department antitrust lawyers found in 2019 that the company violated the terms of the settlement allowing the merger and imposed new conditions, including an ongoing monitor.

This isn’t the first time the 2010 settlement that allowed Ticketmaster and Live Nation to merge has come under scrutiny. Critics, including , have urged the Justice Department to use its , opened last year before the Swift ticket meltdown, to break up the company. 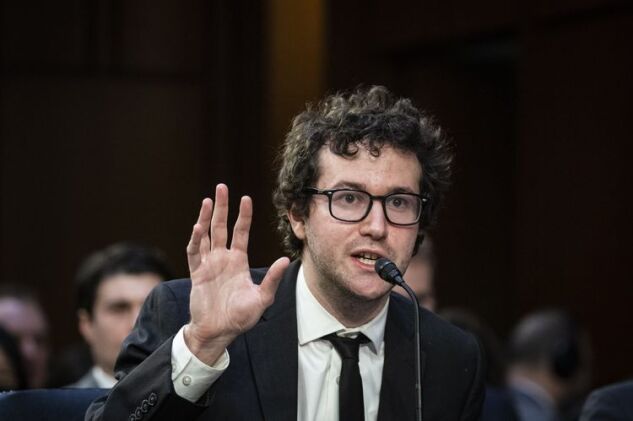 Artists and promoters select which venues will host shows, but the venue itself selects what ticketing platform is used, often by entering an exclusive deal that lasts several years.

Ticketmaster earned 65% of US sales among major ticketing platforms in 2022, according to Bloomberg Second Measure, a transaction-data analytics service. The next largest company, ticket exchange and resale platform , earned only 14% of US sales. Berchtold said rivals including SeatGeek and have shrunk Ticketmaster’s market share from a high of more than 80% in 2009 to less than 60%.

(Updates with White House comment in the 11th paragraph)